Mahindra has endured tremendous success with its latest launches such as the second generation Thar and the all-new monocoque platform-based XUV700 while the Scorpio N is destined to become another hit for the brand judging by its initial reception. However, the chip shortage has taken its toll and the scenario is expected to improve in the coming months.

Recently, Mahindra announced a dedicated EV firm known as EV Co. with a huge sum of investment from a British funding house. The homegrown SUV specialist is banking big on its future lineup of electric vehicles as pure EVs and zero-emission SUVs based on the existing platforms are in the works. Taking its strategy to the next level, Mahindra will unleash a trio of electric vehicle concepts by the middle of next month on Independence Day.

In addition, the XUV400, an electric SUV based on the XUV300 compact SUV, will be unveiled in September 2022 ahead of its market launch early next year. Apart from its EV plans, Mahindra is also looking to further strengthen its ICE range and one of the key products in the pipeline is expected to be the five-door version of the Thar.

The Thar has matured from being a bare-basic off-roader to a lifestyle off-roader in its latest avatar and its popularity will be leveraged with the arrival of the five-door variant. It will take on the upcoming Maruti Suzuki Jimny and Force Gurkha, both of which will gain five-door versions sometime in 2023 reportedly but no official confirmation has been made yet.

The five-door Mahindra Thar will have enhanced practicality in order to address a wider set of audience including family-based customers. With the addition of two more doors at the rear, the overall length and wheelbase could grow to accommodate more occupants and resultantly the trunk space will also be larger. The longer wheelbase will enable the rear wheel arches to be moved further back allowing for a wider rear seat. 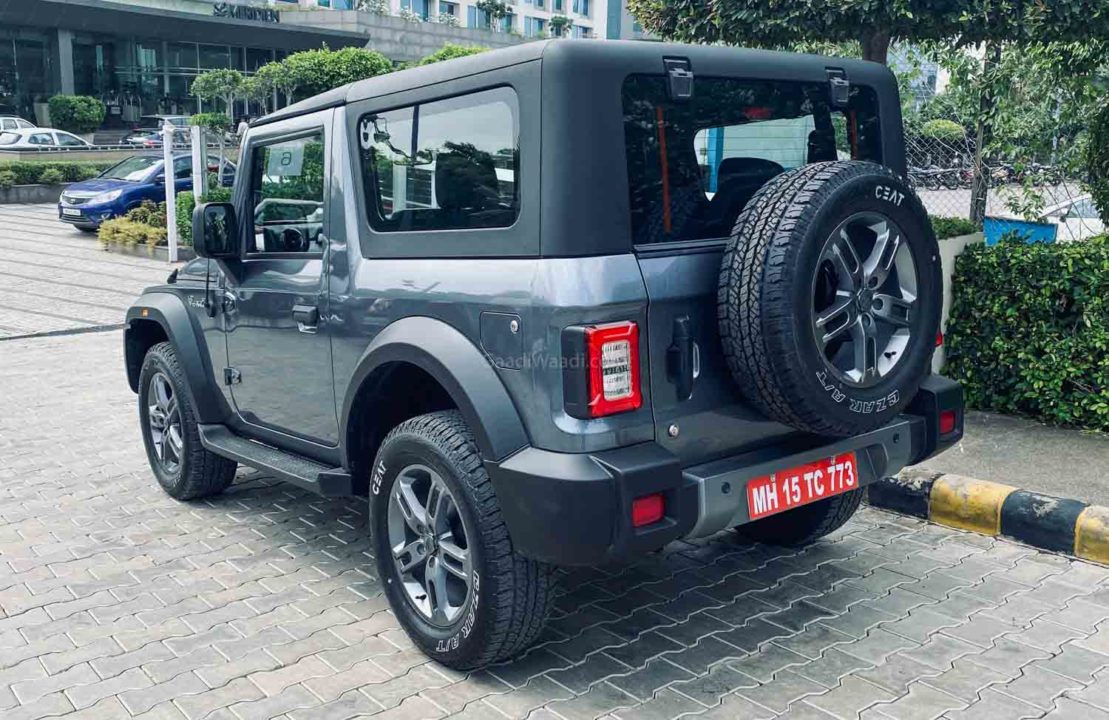 Despite improved practicality, the off-road abilities could be curtailed a bit as the breakover angle could be affected. We do expect the existing 2.0-litre mStallion petrol and the 2.2-litre mHawk diesel engines to be retailed with six-speed MT and six-speed AT options.