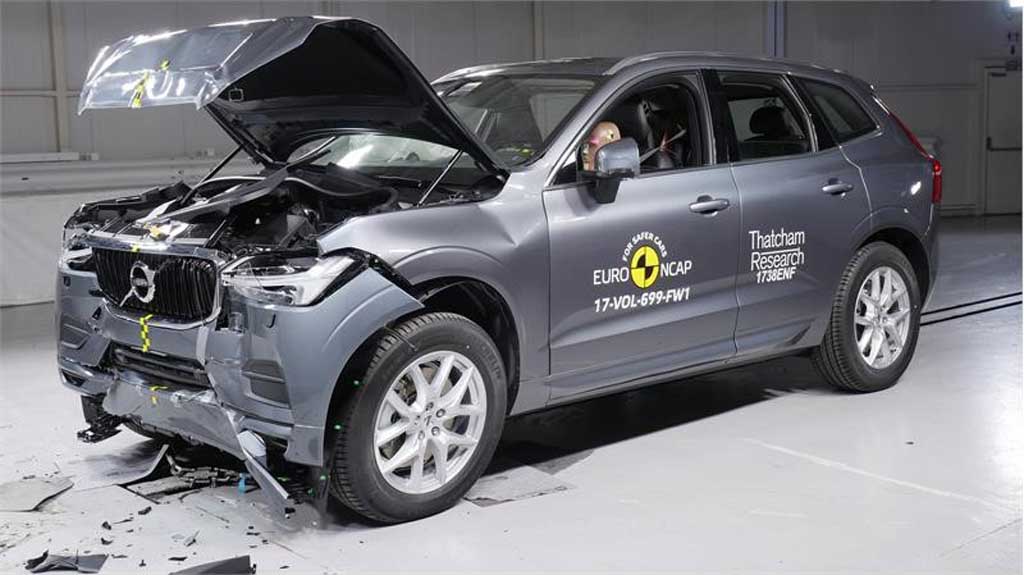 Volvo XC60 gets 98% for adult protection and 87% for child protection; receives highest scores ever recorded by Euro NCAP

Volvo is gearing up to launch its all-new XC60 SUV in India in December 2017 and right ahead of its arrival here, the car has received the feat of safest car ever by Euro NCAP. The Volvo XC60 has received highest ever scores recorded by the Euro NCAP. It scored 98% for adult protection and 87% for child protection. Also, the XC60 has scored 76% for pedestrian impact and 95% for safety assistance systems and all these led the car to win a full five star rating.

Therefore, clearly the all-new Volvo XC60 offers a great amount of protection. The Swedish luxury auto manufacturer has been known for making safe cars for quite long time. Also, it has announced its strategy of making sure no person dies involving a Volvo car by 2020. The heavily protected vehicles come as a part of that strategy only.

Interestingly, Volvo XC60 also beat its bigger sibling XC90, erstwhile safest car in the world to win the crown. Before arrival in India, this feat certainly adds zing to the Volvo compact luxury SUV. As the Euro NCAP says, the light kerbweight along with advanced safety systems have helped the SUV in achieving this feat.

Upon arrival in India, the new Volvo XC60 will lock horns with rivals like Mercedes Benz GLC, Audi Q5 and BMW X3. It will be available in the fully loaded Inscription trim only. Initially, it will available with a single diesel engine only. The 2.0-litre D5 diesel engine also does duty in the bigger XC90 SUV. This motor is capable of churning out 235 hp of peak power.