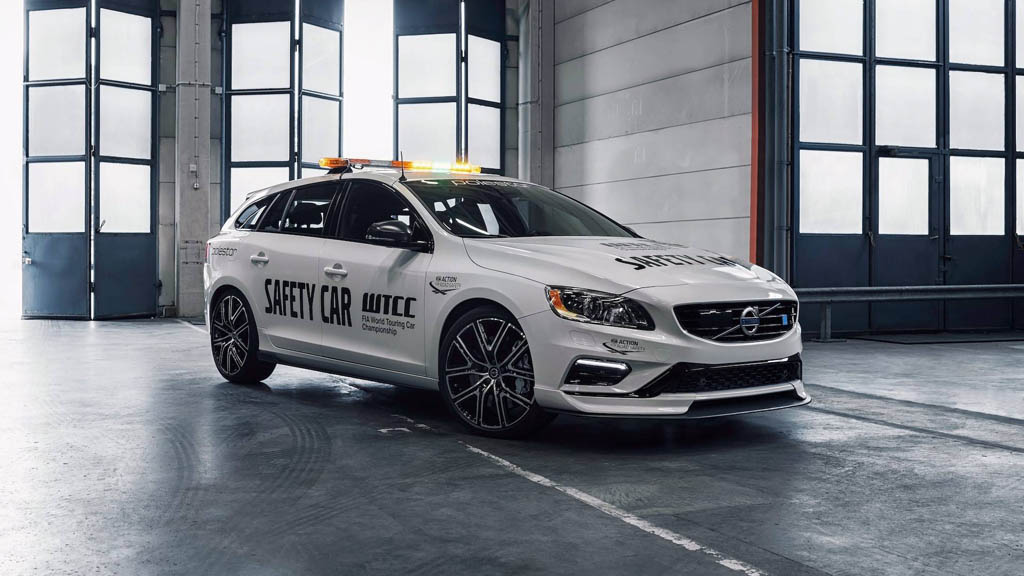 Volvo is not only known for making luxury cars with high-end technologies. The Swedish automaker is also known for offering wide range of safety features in its cars. This is the first carmaker in the world that is working with a target to make sure no person dies in accidents involving a Volvo car. Now, the brand claims that its 2018 V60 Polestar WTCC Safety Car is the safest safety vehicle in the world.

The automaker is serving as the official safety vehicle partner of the FIA World Touring Car Championship for the second consecutive year. This year, the newly unveiled V60 Polestar is working as the safety car for the championship. The Swedish auto major claims that it has equipped the car with several additional safety features alongside the obligatory safety car livery and lights. 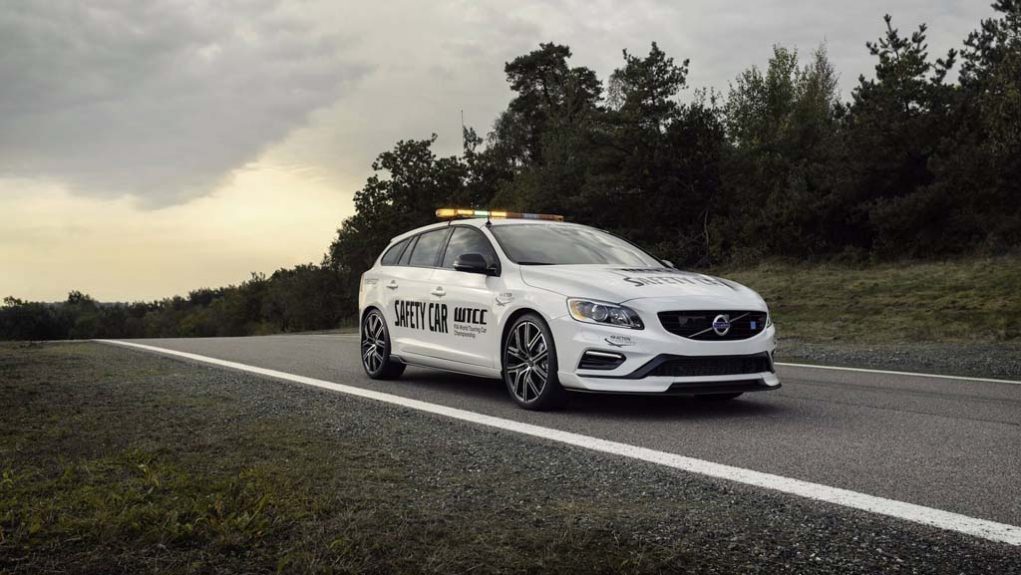 The 2018 Volvo V60 Polestar WTCC Safety Car comes with wide range carbon fibre aerodynamic enhancement accessories that have been added to the sporty vehicle in order to increase the downforce by 30%. As a result, this gives the car syability and tighter grip on road even during high speed run on track. This is certainly a feature a good safety car should have.

It also features a high-strength roll cage, rescue and combination equipments. As the brand says, with the high safety levels and easily accessible performance designed for all-year drivability, the all-new 2018 Volvo V60 Polestar arrives as a perfect safety car. In is capable of performing its task perfectly both on the roads and on the racing tracks as well. 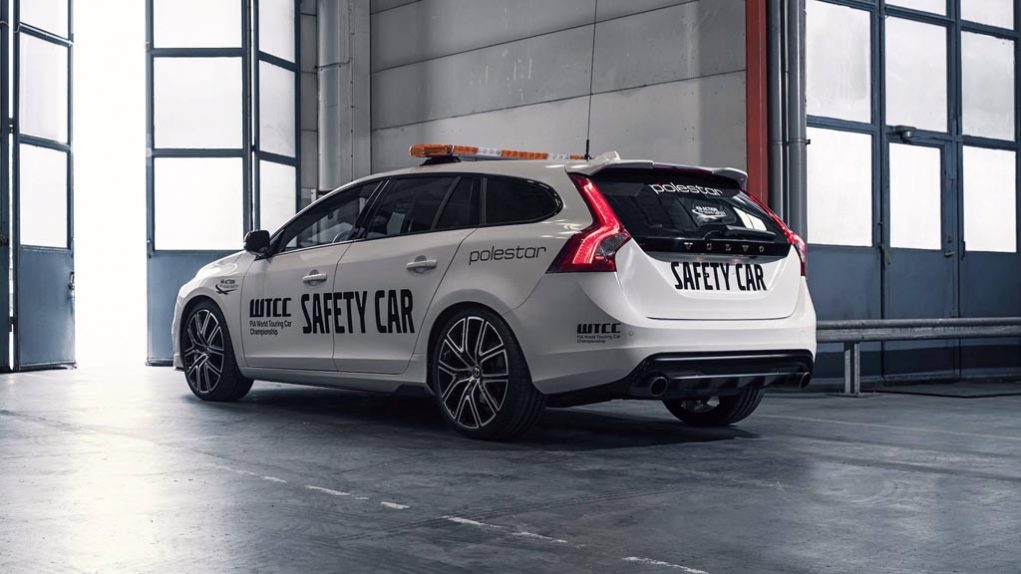 Power source for the 2018 Volvo V60 Polestar WTCC safety car is the same 2.0-litre turbocharged four-cylinder engine that does its duty under the hood f the standard model. Coupled with an 8-speed automatic transmission, this engine is capable of churning out 367 hp of peak power and 470 Nm of peak torque.