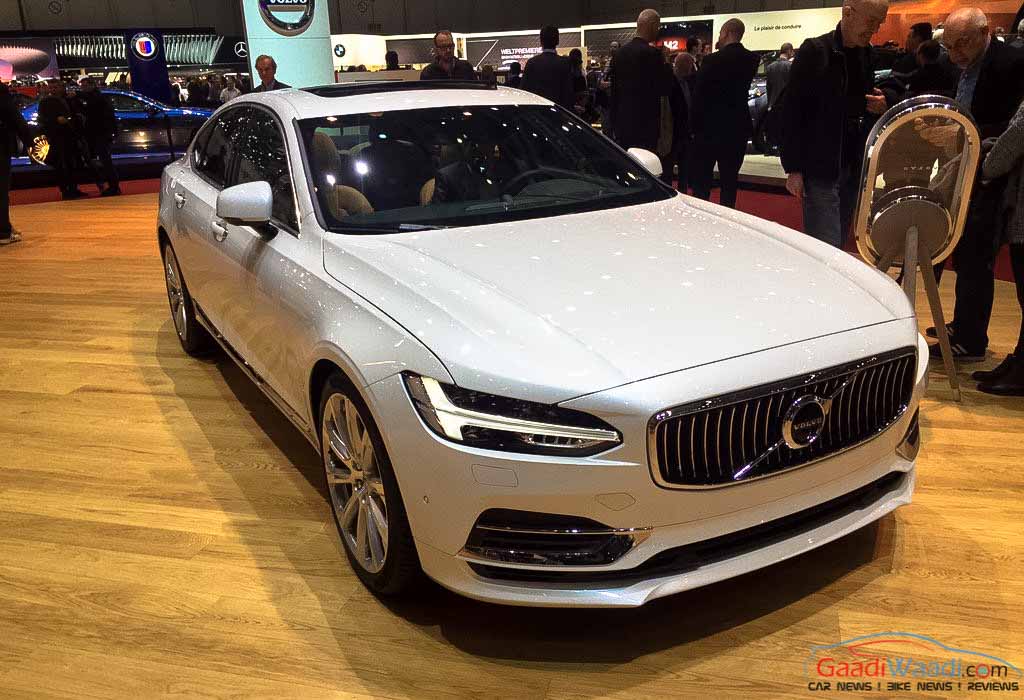 The Volvo S90 sedan has appeared for the first time on European soil at the 2016 Geneva Motor Show following its debut in Detroit. In our exclusive interview with the Head of Volvo Auto India, Tom Von Bonsdorff, we revealed that the all-new flagship model will be launched in India in the third quarter of 2016.

It will rival against the likes of Audi A6, BMW 5-Series, Mercedes E-Class and Jaguar XF in the executive luxury sedan segment. Replacing the S80 at the top of the luxury line-up, the S90 is one inch wider and has over four inches more wheelbase in comparison with the S80. 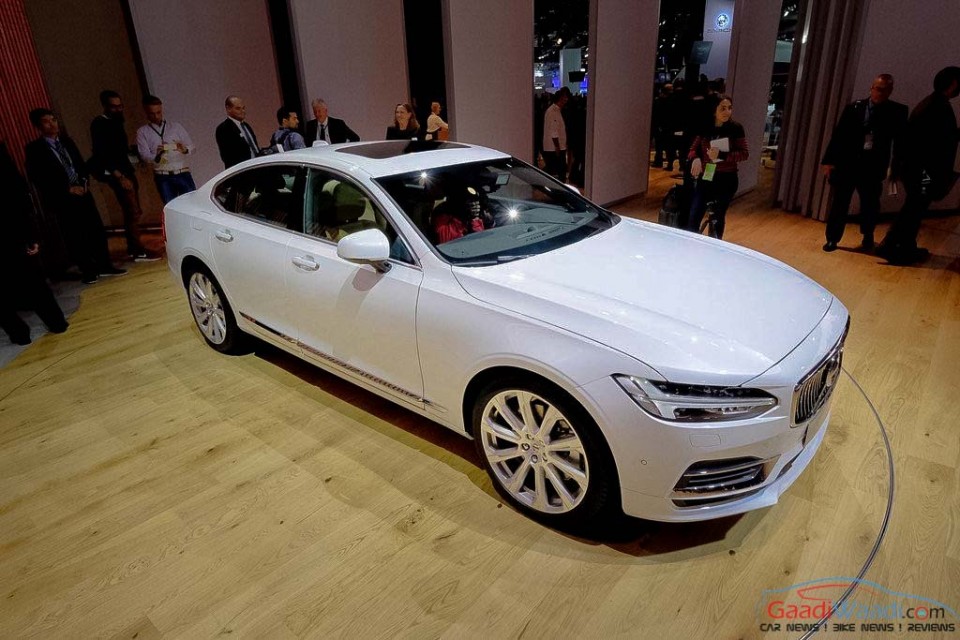 The S90 has similar design language as the XC90 SUV but adapts a sharper stance. It’s the second product to be built on the SPA (Scalable Platform Architecture) platform following the XC90 crossover and shares obvious lineages with the V90 wagon.

The front fascia is adorned with wider signature front grille, slimmer headlamps with “Thor’s Hammer” Daytime Running Lights and prominent shoulder lines running along either side with a vertical taillight cluster spiralling around the boot lid to confirm with the latest styling ethos. 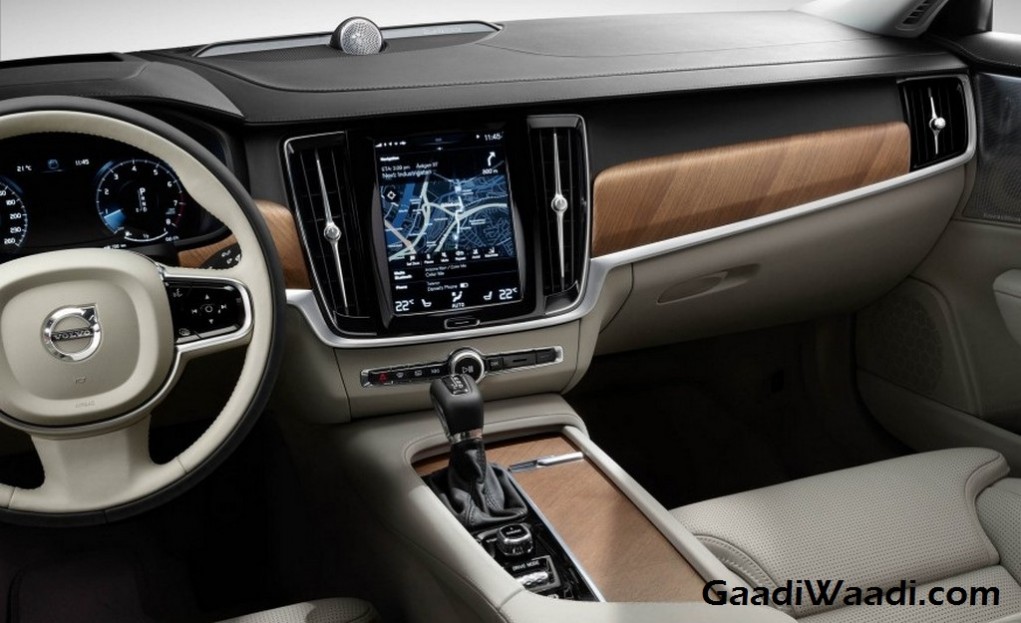 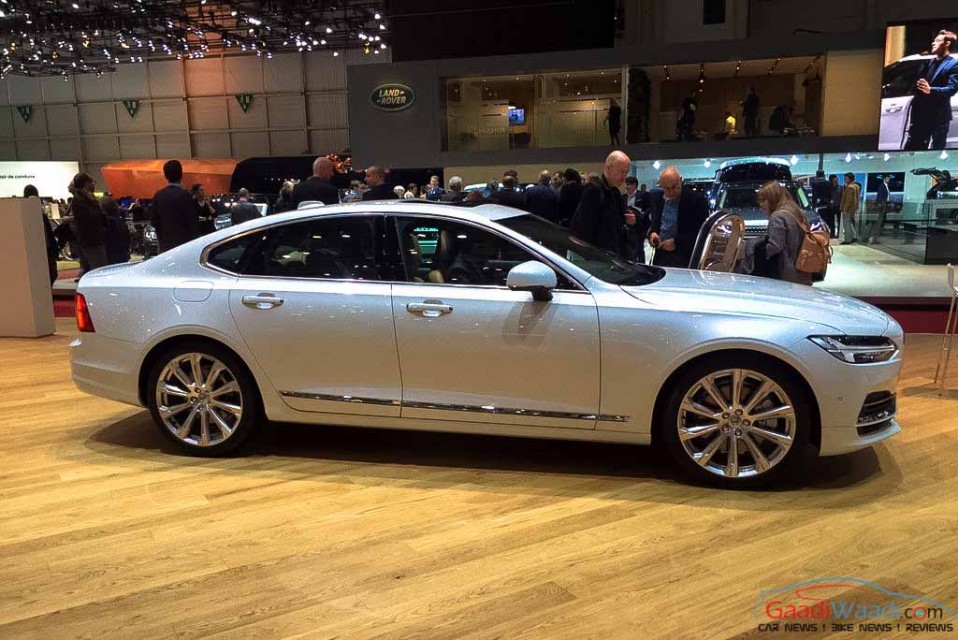 It will derive power from the 2.0-litre turbocharged and supercharged inline four-cylinder engine developing 315 hp and 295 lb-ft as like the XC90. A T5 turbo-four 240 hp and 258 lb-ft 2.0-litre unit and a T8 plug-in hybrid powertrain will also be offered. 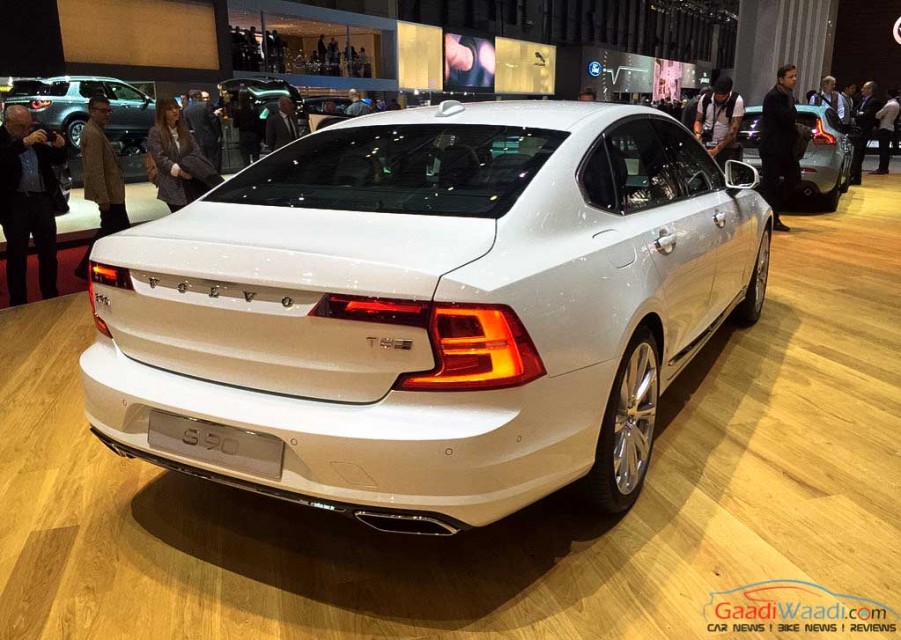