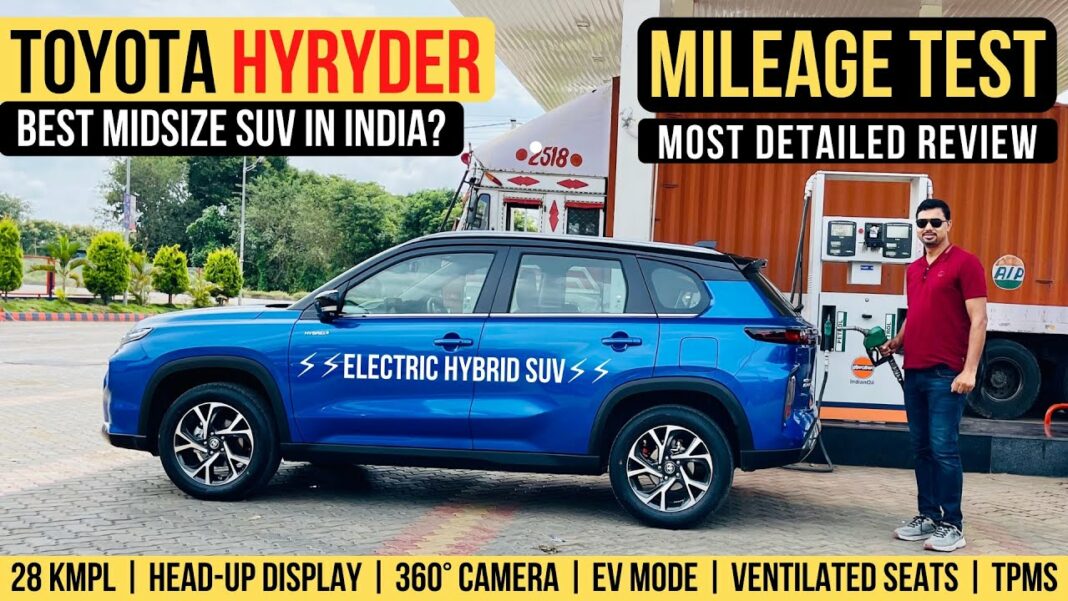 Toyota Kirloskar Motor (TKM) is preparing to introduce the Urban Cruiser Hyryder in the Indian market in the coming days and it will directly rival the likes of Hyundai Creta, Kia Seltos, MG Astor, Nissan Kicks, Volkswagen Taigun and Skoda Kushaq. The five-seater comes with plenty of anticipation considering that the brand steps into the midsize SUV space for the first time.

To make matters more interesting, the Hyryder comes with a host of segment-first features as it will become the first mild hybrid petrol midsize SUV with a 4WD configuration upon its market launch. In addition, it will also be the first SUV in its segment to be equipped with a strong hybrid powertrain enabling an EV-only mode. We have linked the comprehensive mileage test video of the strong hybrid version down below.

The 4.3 metre long SUV is underpinned by the Global C platform as the upcoming Maruti Suzuki Grand Vitara, which will go on sale in the last week of this month in India and both these SUVs have several commonalities. The Toyota Urban Cruiser Hyryder has its design heavily inspired by the latest global SUVs from the company sold in the international markets.

As for the performance, the 1.5-litre four-cylinder K15C mild-hybrid petrol engine develops a maximum power output of 103 PS and 135 Nm and is linked with a five-speed MT or a six-speed AT. The 1.5-litre three-cylinder TNGA Atkinson Cycle strong hybrid petrol mill that we tested and showed the mileage test result above makes 115 PS.

While the 4WD system is retailed only with a five-speed manual gearbox equipped mild hybrid variant, the strong hybrid unit comes only with an e-CVT.