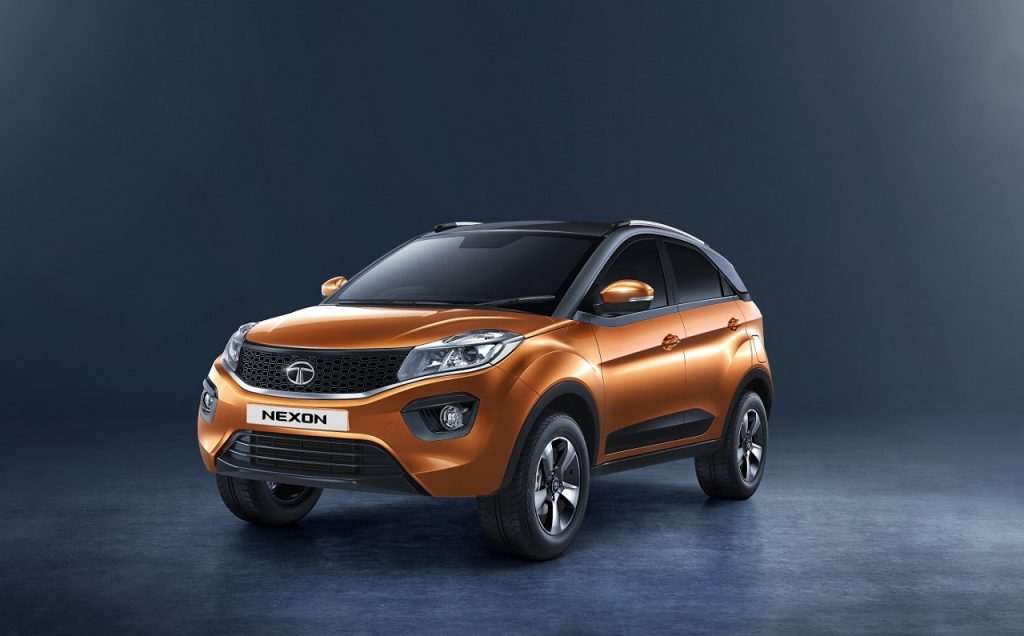 Tata Nexon has been one of the most highly-anticipated vehicles from the homegrown automaker ever and it has all the bells and whistles to back up the hype going by recent sales numbers. For instance, it is the first subcompact SUV in the Indian market to feature multiple driving modes – Eco, City and Sport – across its range in both petrol and diesel versions.

The Nexon has taken styling inputs from Tata’s European design studios and it has a proper SUV stance with peculiar elements. It has the highest ground clearance in the segment at 209 mm while the boot can hold a volume of 350 litres that can be increased to 690 litres when the rear seats are folded flat. 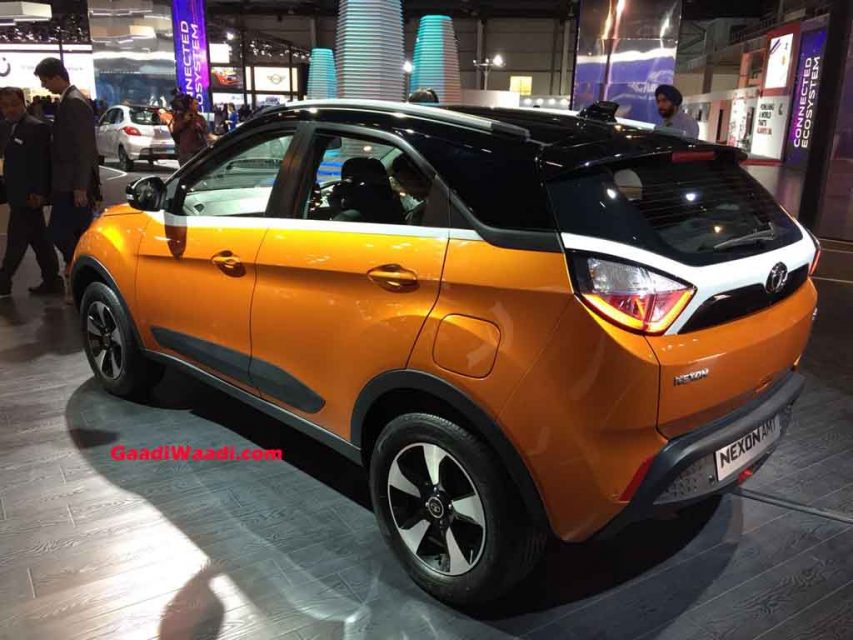 The Nexon’s 1.2-litre Revotron petrol engine – making 110 PS and 170 Nm torque – is the second most powerful in its segment, only next to the new 1.5-litre Dragon petrol motor in the 2018 Ford EcoSport. However, the all-new 1.5-litre Revotorq is unmatched in its performance numbers as it develops 110 PS and 260 Nm.

Both the engine options are paired only to six-speed manual transmission respectively as the Nexon is priced competitively range. It is offered in as many as ten variants and that has increased as the AMT now officially comes into play. 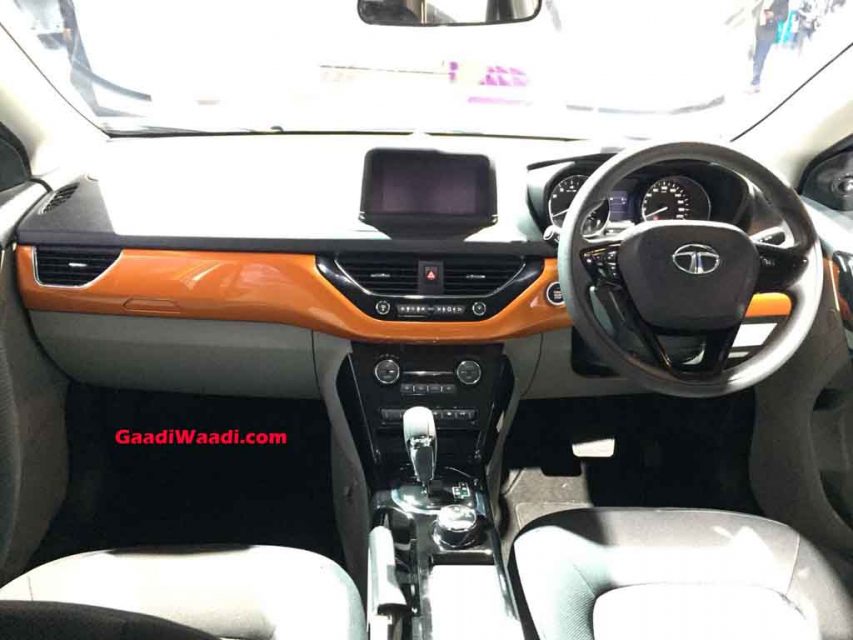 To make sure the Nexon doesn’t stand on the back foot under any manner, the Mumbai-headquartered brand has added a new AMT transmission. The Nexon’s range has been expanded to allow for the first-in-class six-speed AMT transmission with multi driving modes.

Tata seems to be planning one-third of the segment’s market share with the Nexon. The subcompact SUV segment has the Maruti Suzuki Vitara Brezza as the bestselling model. It averages well over 9,000 units monthly in sales and combining it with other rivals that hold good for a total of around 20,000 examples deliveries a month, we can assume that the Nexon is going for a target of around 6,000 units. 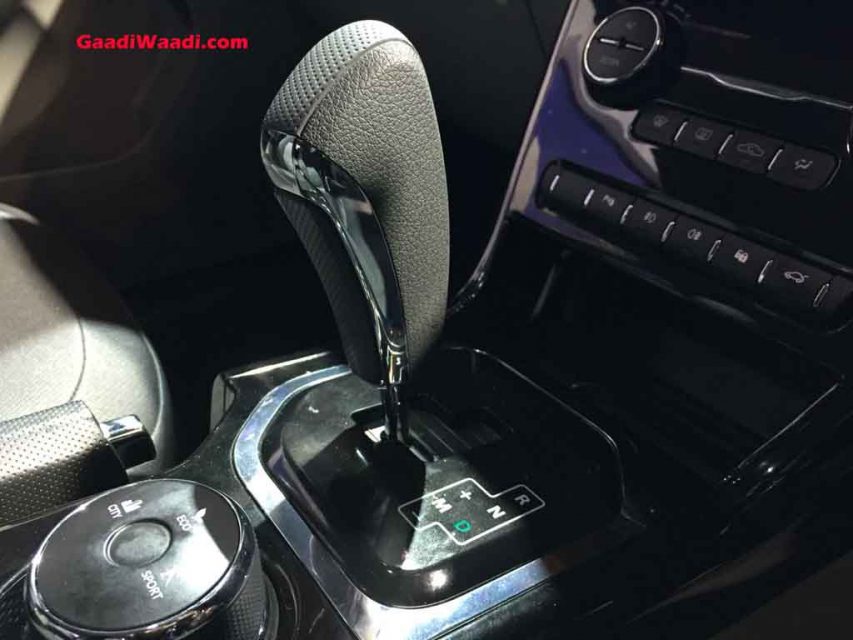 In December 2017, the Nexon outsold the established EcoSport and WR-V to become the second bestselling model in its segment behind Vitara Brezza. The Nexon SUV has a dual-tone exterior connected by the slingshot line as Tata took design inspiration from Range Rover by diligently coupling the silhouette of a sedan with the body of a compact SUV. 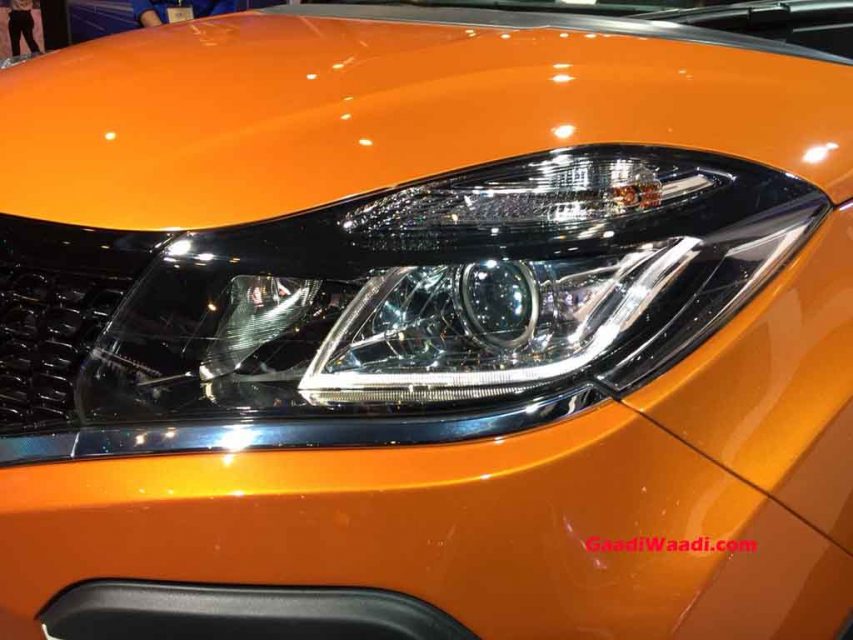 The AMT is offered in a single fully-loaded variant called XZA+. It is based on the XZ+ trim with similar features and of course the inclusion of AMT. There is a much-needed Creep function to ease its way through traffic and Kick Down helping in better acceleration during overtaking scenarios. 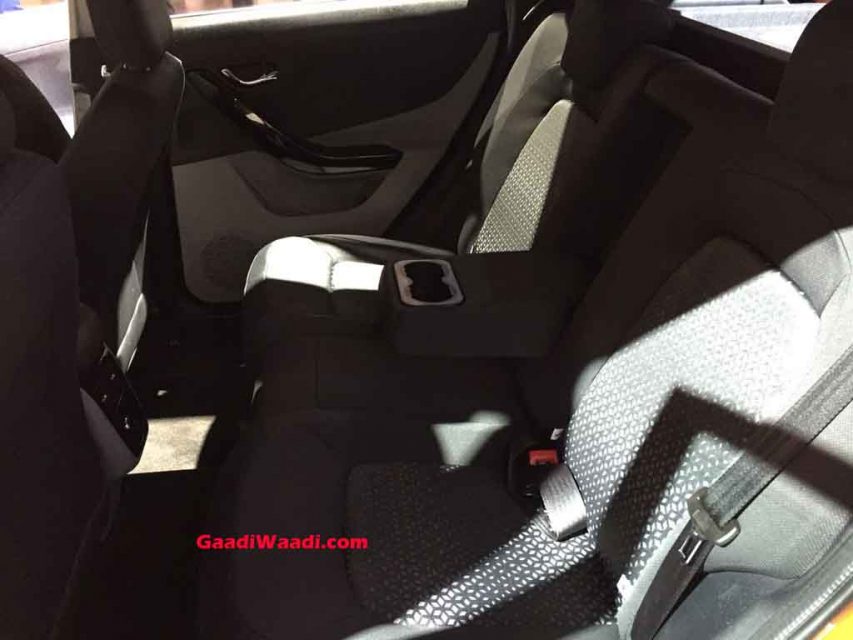 The AMT trims won’t have an optional sunroof to make the offering attractive like in the WR-V but the diesel AMT is unrivalled in the segment and it’s a major USP. The AMT version of Nexon debuted three months ago at 2018 Auto Expo with a slew of new products and concepts from Tata. 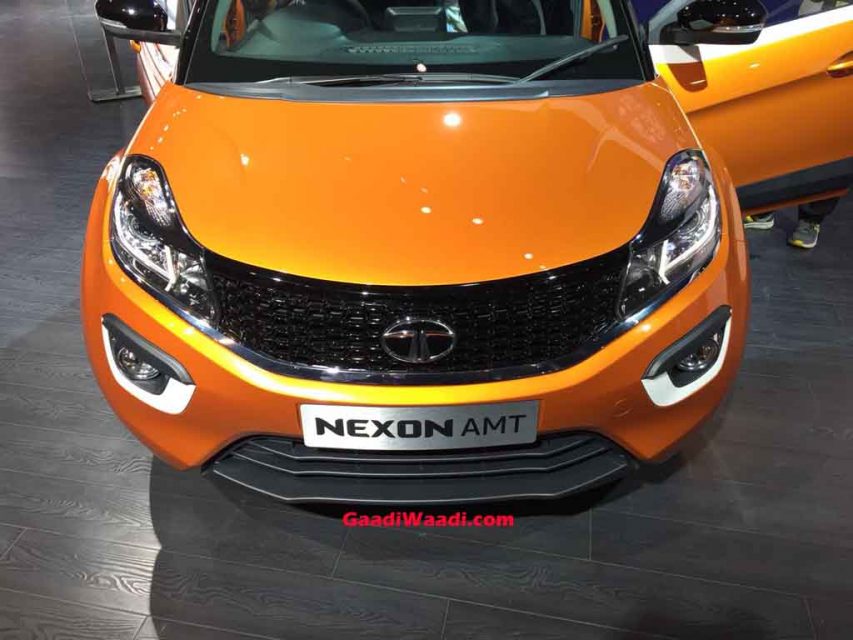 In ‘Auto’ mode, the driver can choose between Eco, City, and Sport modes. ‘Tiptronic’ or manual gear selection works only in Sport mode. The only major visual difference is the presence of variant badging on the boot lid. Tata Motors calls it as ‘Nexon with HyprDrive Self-Shift Gears (S-GS)’ and bookings are taken for Rs. 11,000.

It is also stated that the vehicles incorporating AMT two-pedal technology will be signified as HyprDrive and the AMT variants will be termed Self-Shift Gears (S-SG). The Crawl Function is claimed to provide convenience during slow moving traffic by assisting the car to move ahead without the dab of the right foot. On the other hand, the Smart Hill Assist prevents the rolling back while tackling uphill sections and the “intelligent transmission controller” comprises of functions like fast-off, kick down and anti stall.

Using the Manual Tiptronic function, drivers can shift gears manually when they prefer and the Wearable PEPS Key allows you to strap on Nexon’s keys through a wrist band.