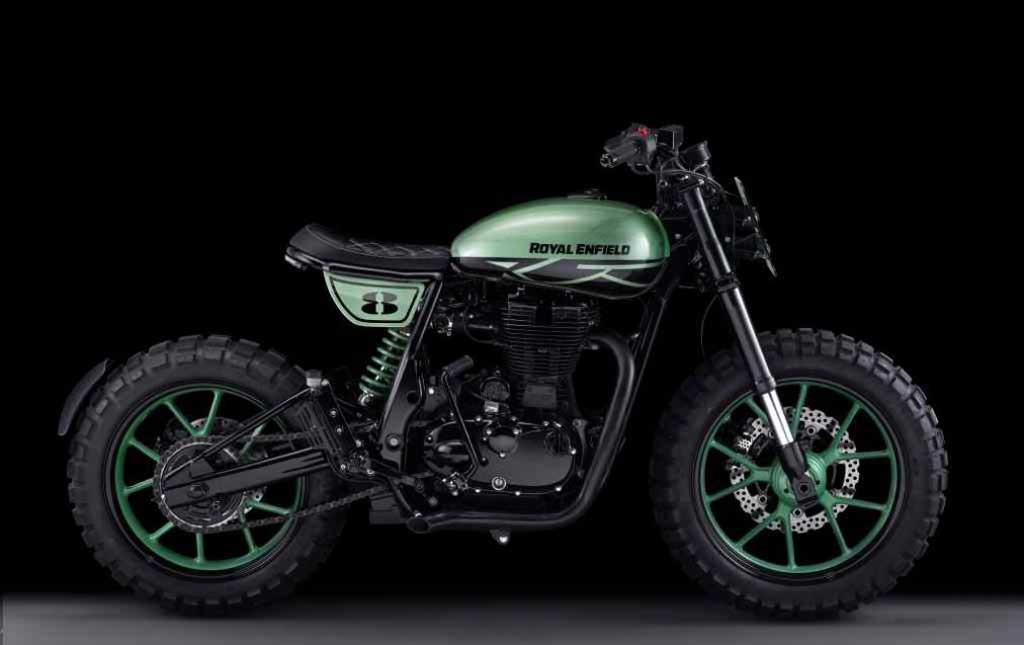 Royal Enfield Spain has revealed an unique customised motorcycle christened as the Classic 500 Green Fly. The motorcycle will be showcased in Madrid next month. It is based on the Royal Enfield Classic 500 and borrows the frame from Continental GT, the Indian brand’s flagship model.

The model looks like it has taken design inspiration from the Mo’Powa and Dirty Duck showcased at the Wheels and Waves in France last year. It comes with a very aggressive look and off-roader stance. The reason behind using the Continental GT frame is that it is more robust than Classic’s chassis. Also, fitting the Classic in the frame of the Continental GT required upper tubes to be modified. 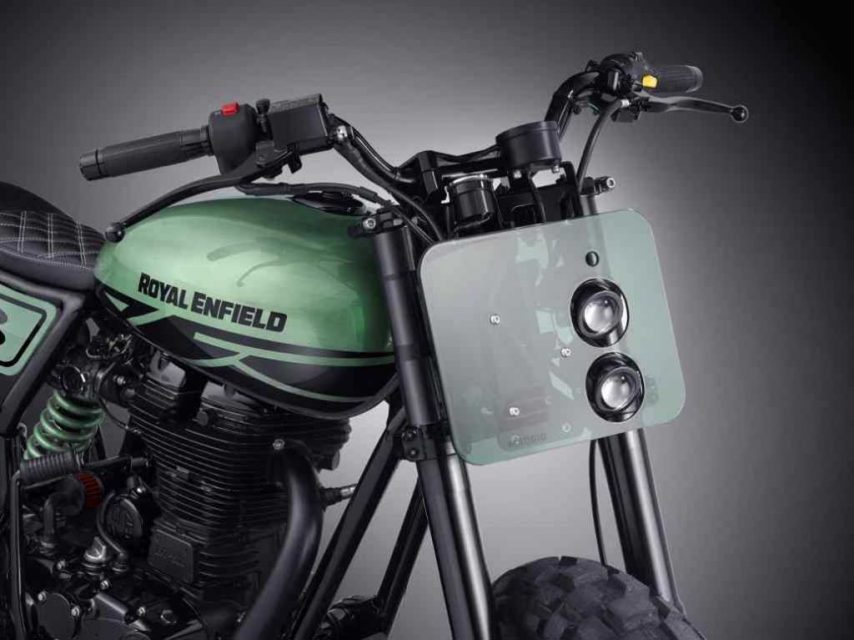 In terms of design, the Royal Enfield Classic 500 Green Fly looks very much different than the regular model. There is no conventional round shaped headlamp. Instead it uses twin LED projector headlamps stuck to a flat and squarish plate. Apart from that, the Green Fly gets a single-pod instrument cluster and a wide fuel tank painted in Green and Black. The fuel tank is painted in Black.

The sleek seat comes with dual stitching and there is no seat for the pillion rider. The engine block is painted in Black giving the model a very aggressive look while the Green coloured body parts enhance the appeal further. The tyres surely catch attention at the very first glance and look chunky and built to take on the rough roads. 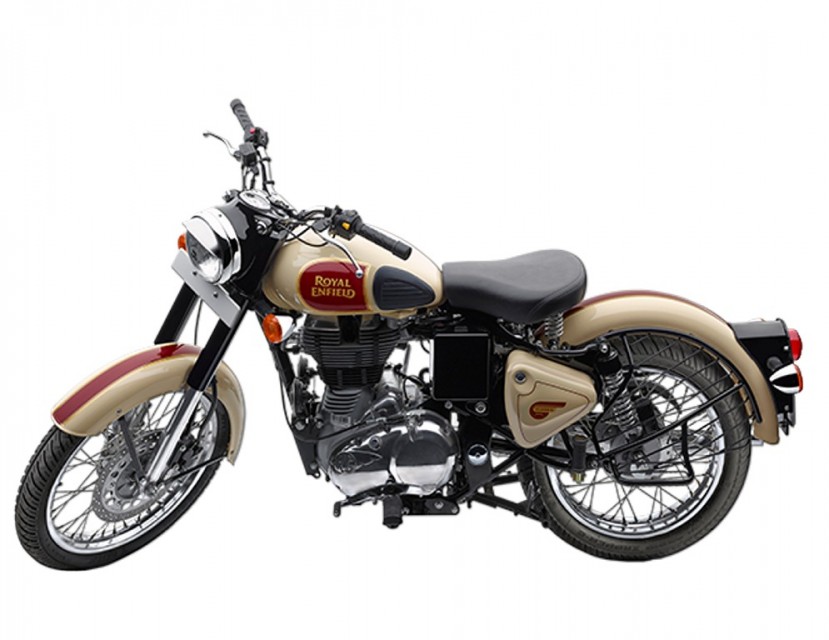 Power source for the Royal Enfield Classic 500 Green Fly is a 499 cc single-cylinder, air-cooled engine mated to a 5-speed manual gearbox. The engine is capable of churning out 27.20 bhp of peak power at 5,250 rpm and 41.30 Nm of peak torque at 4,000 rpm. The engine delivers fuel efficiency of 32 kmpl and it makes the motorcycle capable to run at a top speed of 131 kmph.

Speaking about the suspension, the motorcycle features upside down front forks and at rear, dual springs of the regular model have been replaced by a monoshock absorber in the Green Fly and it gets Green paint. It runs on Green alloy wheels and the braking duty in the model is done by a single petal disc. The rear, on the other hand, sports the same setup like the Continental GT.