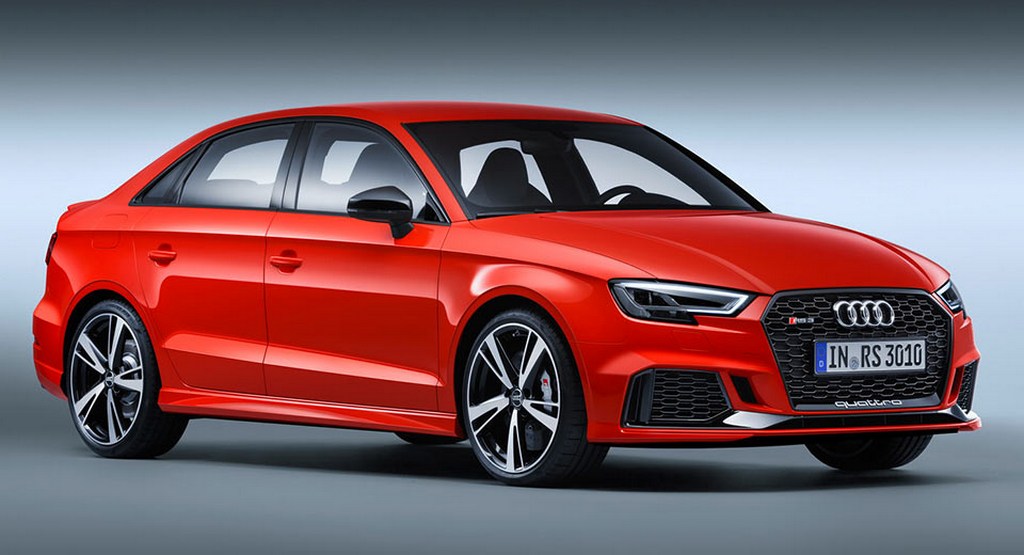 The new Audi RS3 gets propelled by a lighter 2.5-litre five-cylinder engine that can be seen under the hood of TT RS

The Audi RS3 sedan has been showcased at the glamorous Paris Motor Show along with its racing derivative, the RS3 LMS. The first vehicle to be revealed by the rebranded Audi Sport division, known as Audi Quattro GmbH formerly, is based on the regular A3. The German luxury automaker has planned eight vehicles from Audi Sport’s stable over the next year and half.

It gets propelled by a lighter 2.5-litre five-cylinder engine that can be seen under the hood of TT RS. It develops 394 bhp and 480 Nm of peak torque – at increase of 32 bhp and 11 Nm – over the older RS hatchback. Power is sent to all four wheels via a seven-speed dual-clutch gearbox which helps accelerate from zero to 100 kmph in just 4.1 seconds. 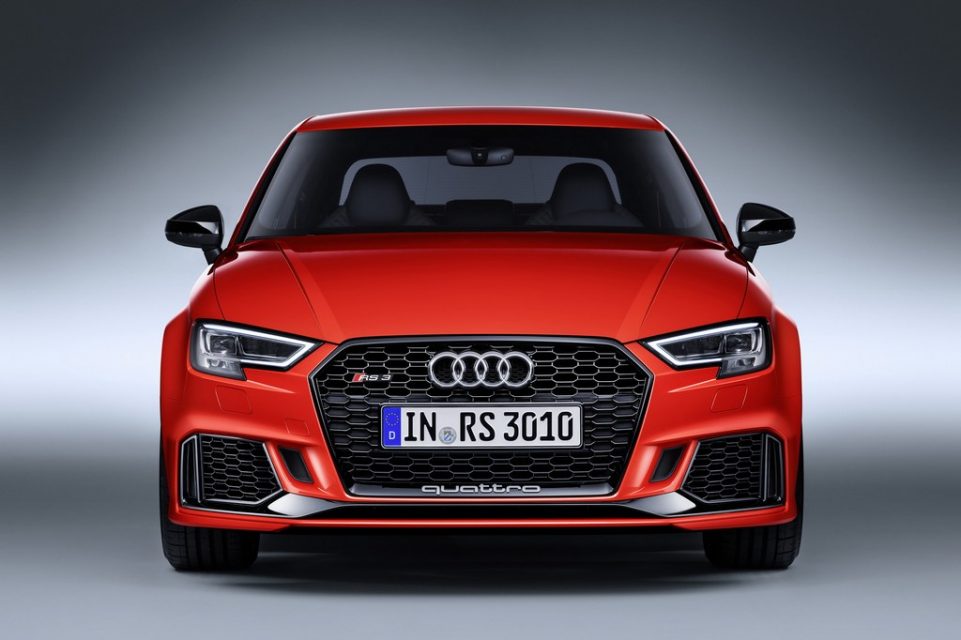 The top speed is electronically limited to 242 kmph. The RS3 has widened front track and height lowered by 25 mm over the standard A3 as larger 370 mm front disc brakes and eight-piston calipers are used for braking duties. While ceramic brakes can be bought from accessories list, the RS3 rides on 19-inch wheels.

To manage the wider track, the RS3 gets aggressive bodywork and special elements such as an aerodynamic blade across diffuser that directs air through the wheel arches and a Quattro logo at the bottom portion of the grille. Offered in Nardo grey and Catalunya red, the RS3 boasts black leather interior and RS logo on the seat backrests alongside a sporty flat-bottom steering wheel and illuminated door sills. 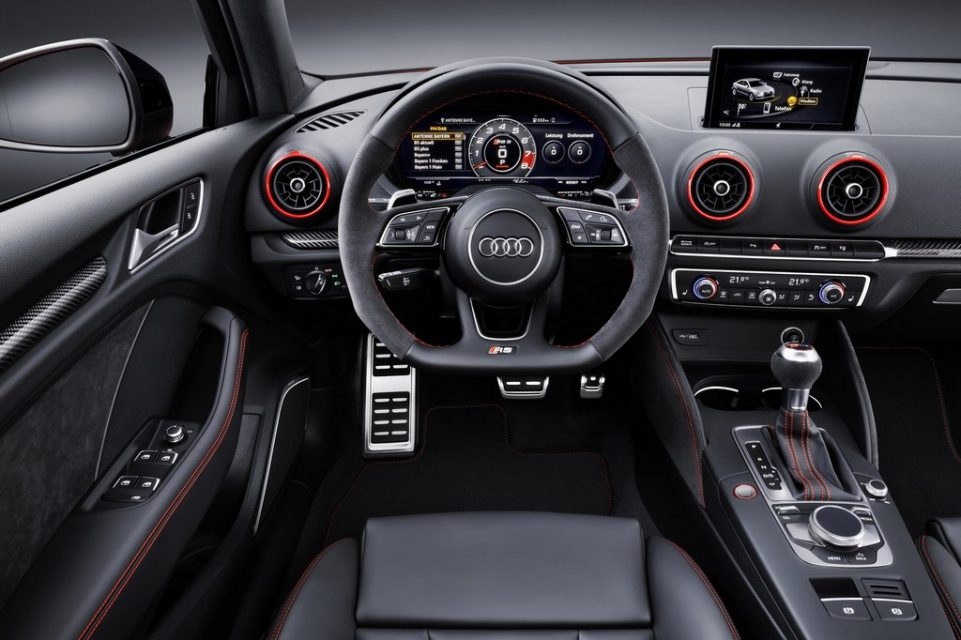 Drivers can choose between Comfort, Auto and Dynamic modes through the Audi Drive Select system as steering response, gearbox sensitivity, power management and exhaust note are altered based on the settings. The option list is made available with adaptive damper control setting and RS Sport Suspension Plus.

The digital instrument cluster displays necessary information like torque generated, G-force and tyre pressures. The sporty sedan will reach showrooms in overseas markets by next year. The RS3 LMS race car has also been displayed alongside the standard RS3 and it will make track debut from next year as Audi tries to expand its customer racing market worldwide. 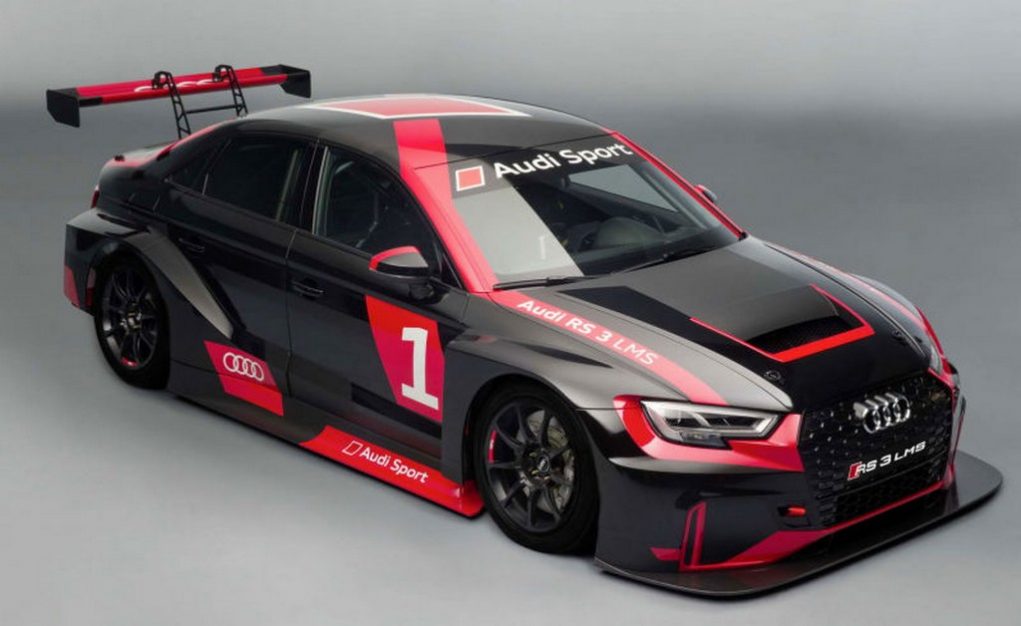 Targetting the TCR racing class, Audi claims the LMS racer will have more potential in the category than the GT3 regs-run series around the world. The RS3 LMS is equipped with a 2-litre four-cylinder inline engine making 330 hp and can do 0-100 kmph in 4.5 seconds before reaching 240 kmph.