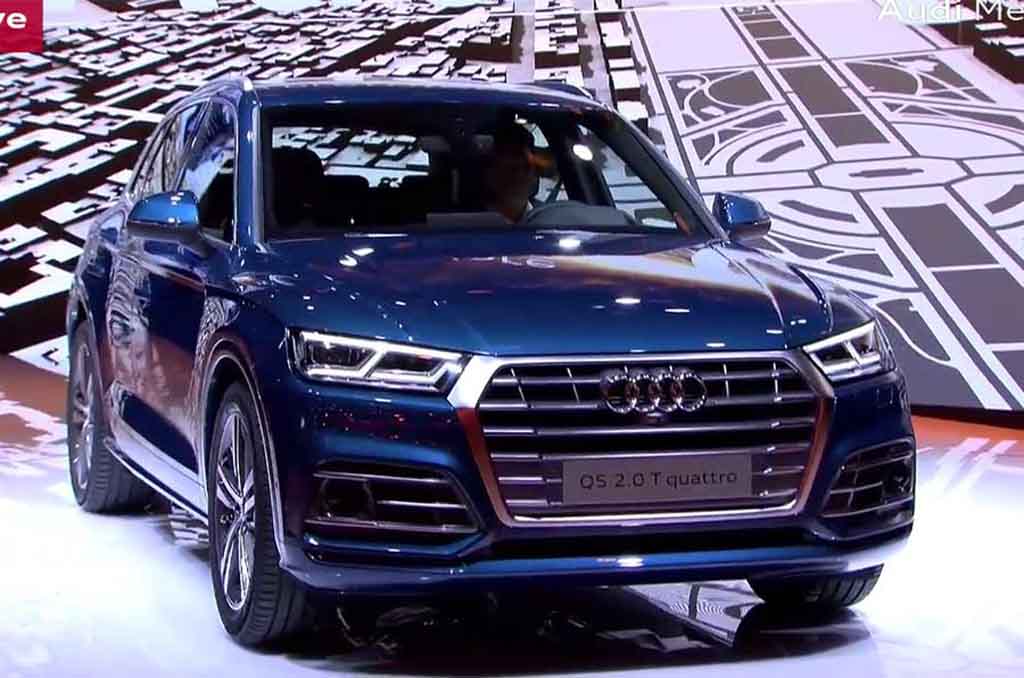 New generation Audi Q5 takes design cue and technologies from its larger sibling Q7; based on the Volkswagen MLB platform

Audi has revealed the all new Q5 SUV at Paris Motor Show, and the car seems to have taken design cues from its larger sibling Audi Q7. The car has been under development since 2015, and it has been spotted several times going through road tests. Expect the car to hit showrooms early in 2017. 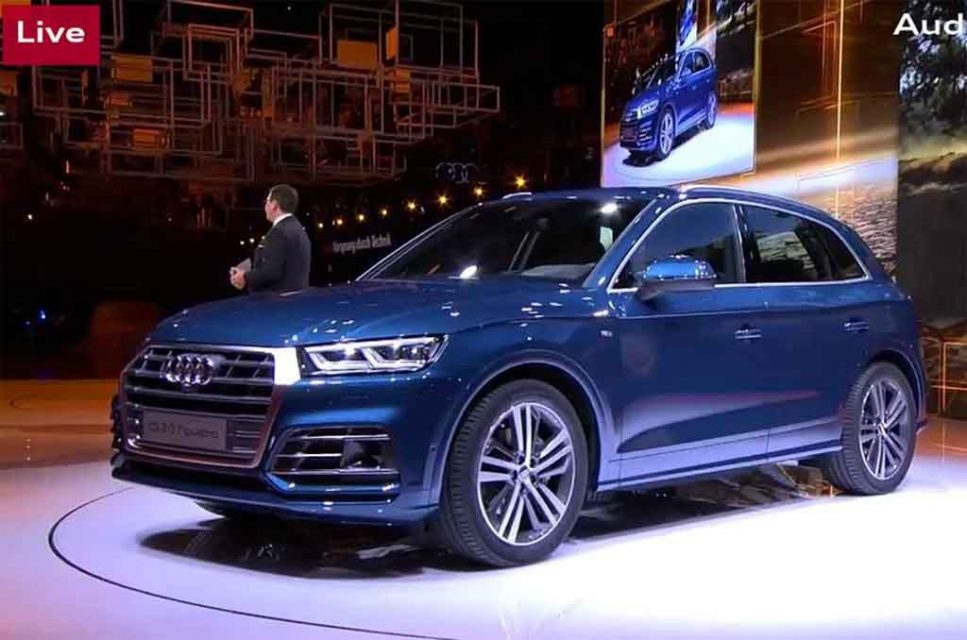 In terms of design, the new Q5 features LED or Matrix LED headlamps, with Audi’s dynamic turn signals. The sharp headlamps nicely blend into the chrome garnished hexagonal large front grille with horizontal slats. The grille is borrowed from the Q7, while the front bumper sports a beefy look. It features large air dams with horizontal slats, fog lamps. The new generation Audi Q5 is aerodynamically more efficient compared to its predecessor, as the German luxury automaker claims.

The side profile of the car looks sculpted with multi-spoke alloy wheels, a sharp crease running right behind of the headlamp to the taillight. Apart from that, the turn indicator integrated ORVMs, blackened glass area with chrome trim enhance appeal of all new Q5. At rear fascia, second generation Q5 features roof spoiler, LED taillights, and a muscular bumper. 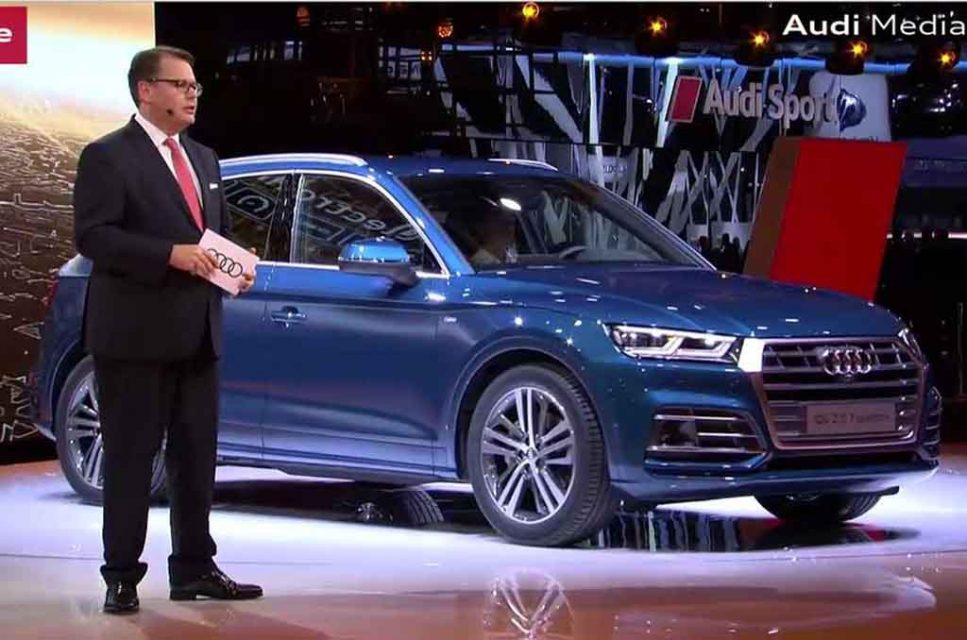 The company says, the occupants will experience exceptionally low wind noise and the vibration level inside the cabin has been improved as well. The cabin gets a five-person seating layout, and portrays the luxury charm. It features a three-spoke multifunction steering wheel, 12.3-inch Audi virtual cockpit display. The virtual cockpit display comes as an option though, while centre console of new Q5 features a 7.0-inch touchscreen infotainment system as standard. The top-end variant however sports a larger 8.3-inch touchscreen infotainment system. It offers more space also, compared to its predecessor.

Power source for second generation Audi Q5 include a range of petrol and diesel engines comprising four-cylinder and V6 units. Audi is also working on a plug-in hybrid version of the car, which will incorporate a 2.0-litre petrol engine with an electric motor. Apart from the normal variants, the new generation Q5 will be available in performance oriented versions like SQ5 and RS Q5 as well. 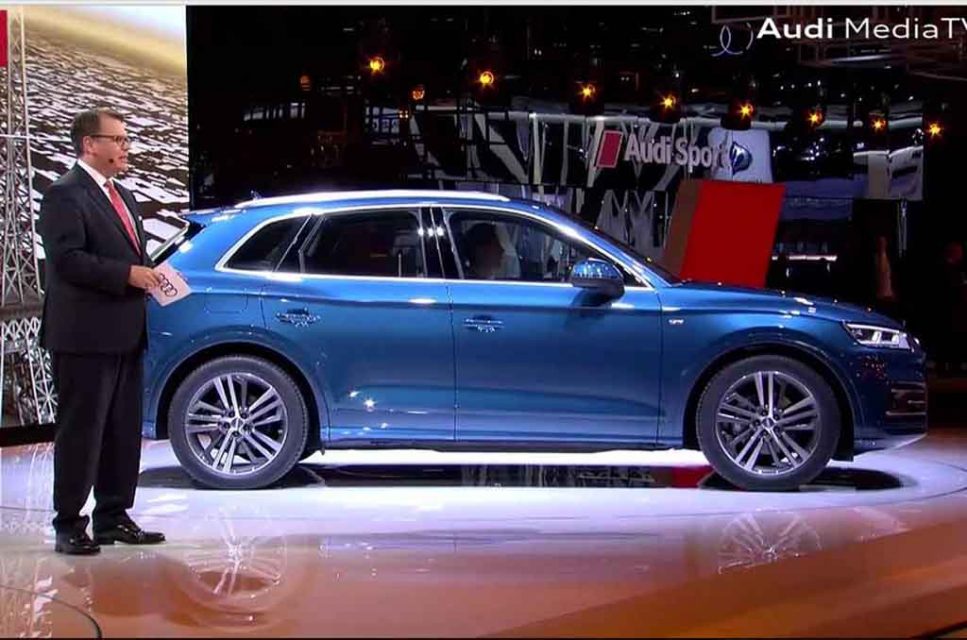