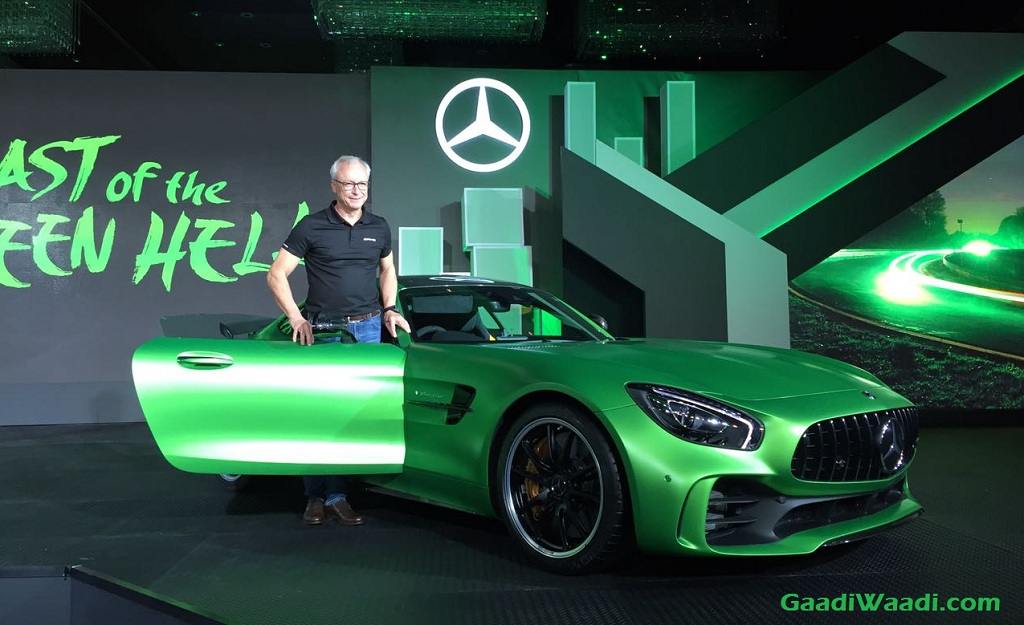 Much to the delight of the enthusiasts, it has made its way to India alongside its Roadster cousin today and had already proved its pace around the Buddh International Circuit by setting the fastest ever lap for a production car at 2 min 09.853 seconds. Rivalling  Porsche 911 Turbo and the Aston Martin Vantage V12 here, it will now be the range-topper positioned above the GT S costing Rs. 2.23 crore (ex-showroom). 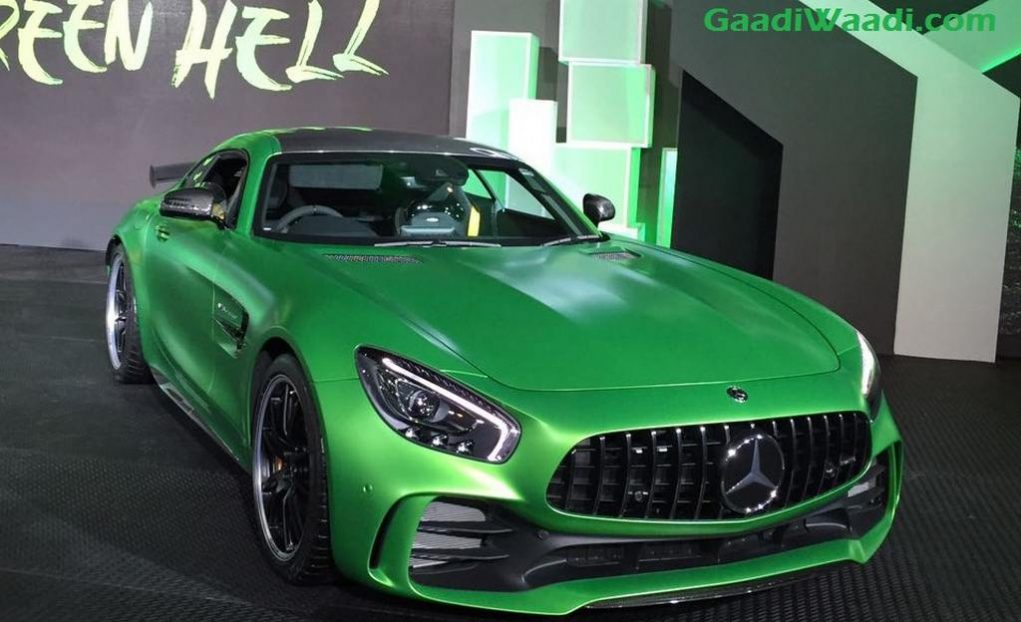 The Mercedes AMG GT R was revealed at the German manufacturer’s base in Brooklands, England in a dramatic fashion. The hardcore, track-obsessed supercar has all the numbers creating shivers in the performance car world’s fierce rivals like Porsche 911 GT3 RS.

The AMG GT R is a ground-hugging circuit spaceship and is the lighter, more powerful and most technically advanced model in the GT lineup. On its global debut, the Nurburgring teaser gave a sneak-peek of what’s coming and you could certainly bet on the fact that nothing was overhyped as soon the technical specifications were unraveled. 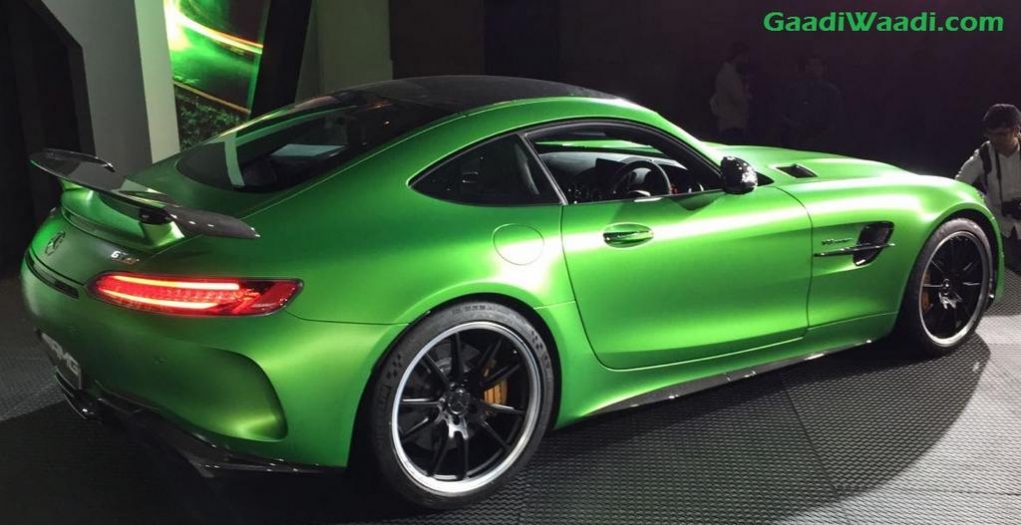 The Beast of the Green Hell rose and was a screaming giant painted in Green Hell Magno – homage to the Nürburgring Nordschleife. It has a sleeker body kit and the proportioned long bonnet reminisce the Dodge Viper and AMG GT.

In fact, it is an aggressive version of the AMG GT in all its glory with Mercedes engineers given the freedom to work on it both mechanically and aerodynamic wise. Under the bonnet, the Mercedes-Benz AMG GTR features the same 4.0-litre twin-turbocharged V8 petrol motor found in the stock versions of the GT and GT S. 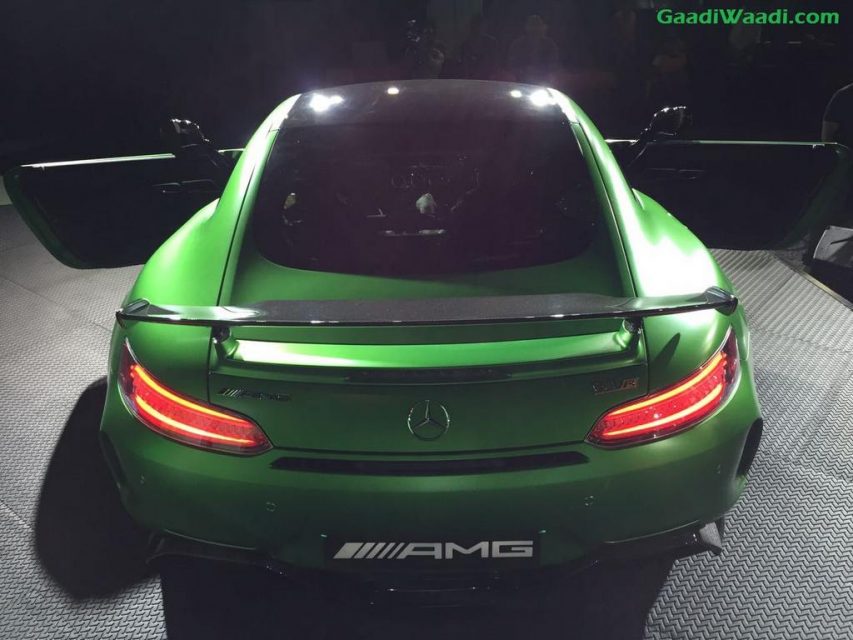 At two tenths of a second faster than the Mercedes-AMG GT S, it boasts a performance package that would set your hair rising. The transmission duties are dealt by a modified seven-speed dual clutch automatic transmission and the suspension setup will be finely tuned to eke out the maximum out of every corner with high levels of downforce. The India-spec version has a top speed of 318 kmph. 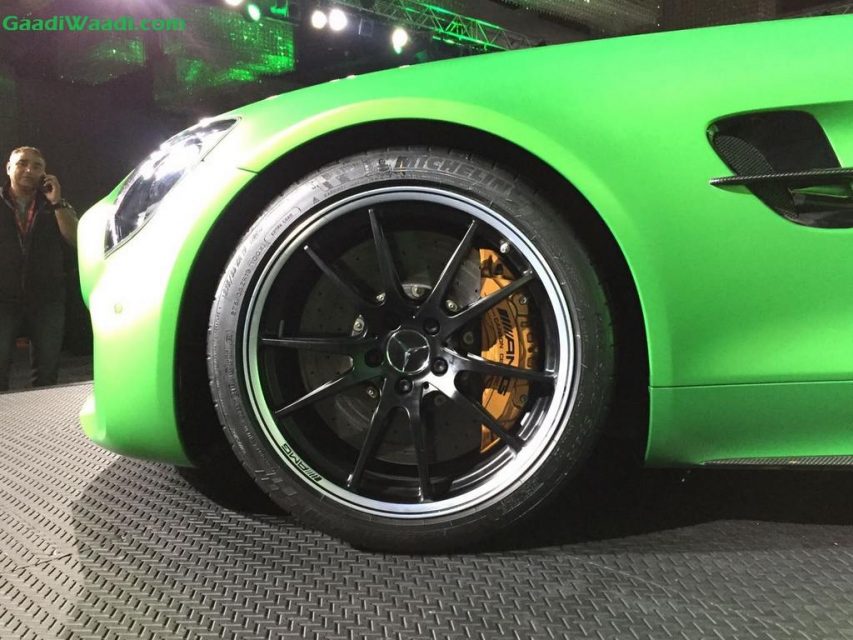 The most hardcore sportscar every produced by Mercedes Benz is the AMG GT R. It had been predicted to run rings around the best lap times set at the Nurburgring for front-engined RWD cars and has now done so in style. The wider body is accentuated by the centrally placed exhaust system besides a grille inspired from the legendary 300 SL (W194) racecar.

The AMG GT S was used to be Mercedes’ answer to the Porsche 911 but now it has all changed with the outright and brawny AMG GT R. The AMG GT R features standard rear-wheel steering that can adjust the back wheels for better handling while taking corners. The traction control system comes with nine levels of adjustment, adopted from Mercedes’ years of expertise in motorsports. 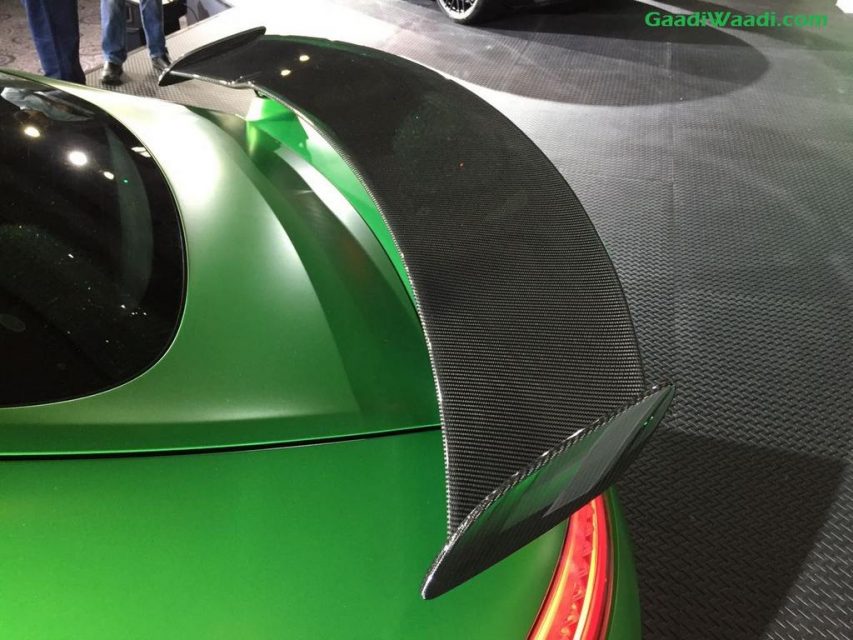 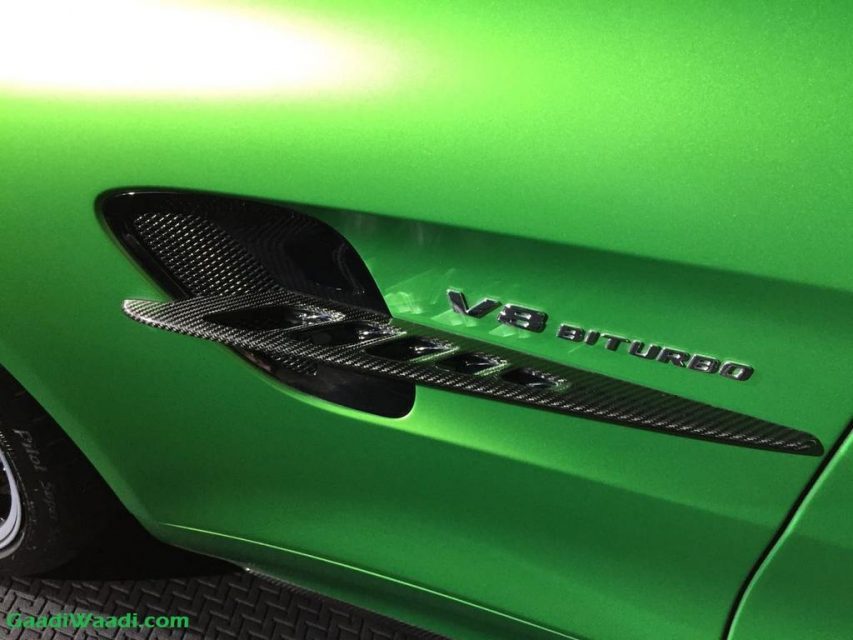 Thanks to the ‘designo’ platform, both of them can be individually customised according to preferences. The compact service package for the new models costs Rs. 92,000 for 3 years or Rs. 1.60 lakh for four years each. With their arrival, the AMG portfolio in India increases to 12 vehicles.