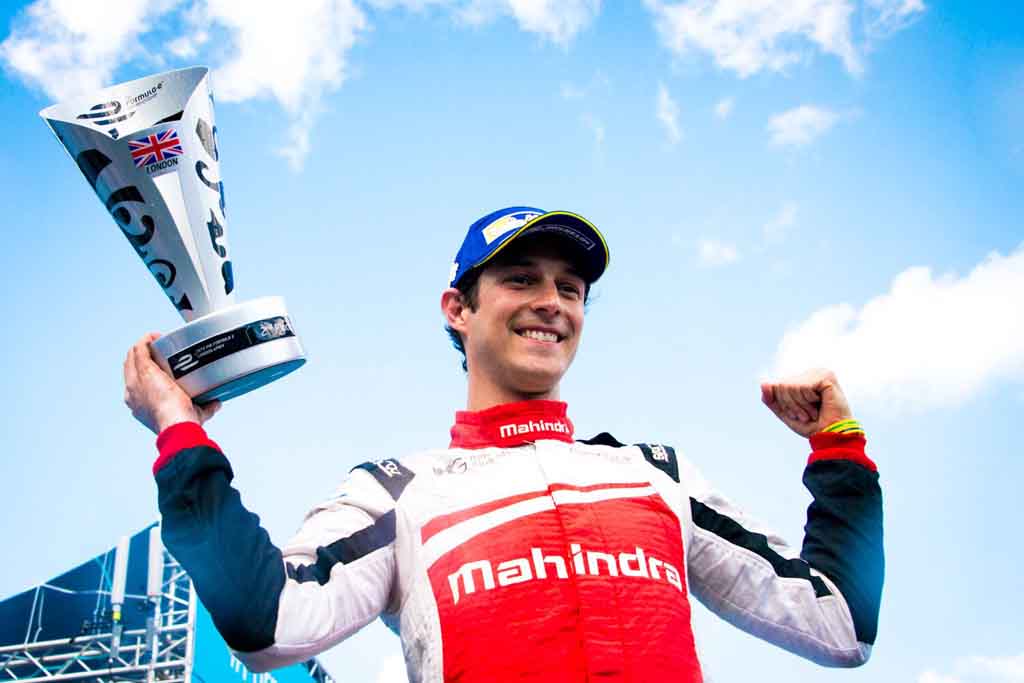 Mahindra Racing, the lone Indian constructor in the Formula E Championship, has secured its second podium finish of the season at the finale in London. Earlier in 2016 at the Beijing ePrix, the team tasted its first podium success when the German driver Nick Heidfeld took honours instead. However, in the London ePrix Mahindra Racing’s Nick Heidfeld finished only eighth before demoting to P13 due to a time penalty.

The Brazilian Bruno Senna, nephew of the late great triple F1 world champion Ayrton Senna, started from P2 and built lead from the very beginning of the race. This was his highest ever Formula E finish with Mahindra since making debut in the inaugural season last year. At the post-race press conference he explained how difficult was it to drive in mixed conditions. The winner of the London ePrix was Nico Prost driving for Renault e.dams but the real star had indeed been Sebastien Buemi who won the championship in a controversial fashion in the final race by winning the Visa Fastest Lap that accounts for two points.

He and Lucas di Grassi were tied on 153 points in the beginning of the race but the opening lap collision between the two rivals led them to take the respective second cars and go for the fastest lap award which Buemi mastered. Earlier this year, Mahindra Racing Formula E team has partnered with Magneti Marelli to improve the powertrain of the highly sophisticated M2 Electro race car. In the first ever FE season, Mahindra’s best finish was only fourth position. The two podiums this year meant the team is heading in the right direction in terms of car development. Mahindra ended the season fifth in the constructors’ race with 105 points as Renalut e Dams clinched the crown ahead of ABT Audi Sport, DS Virgin and Dragon Racing.