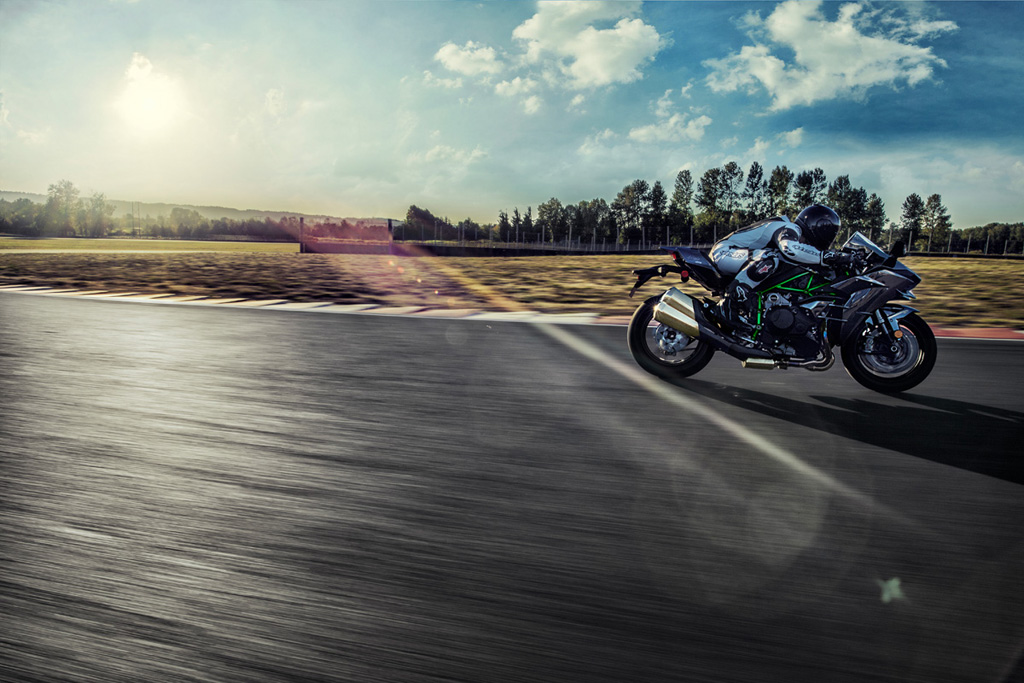 Kawasaki has just released a new teaser video of its upcoming motorcycle that will be put on display the 2017 EICMA motorcycle show in Milan, Italy next month. The most interesting highlight of this bike is that it will come with a supercharged engine.

A couple of days back, we had reported that Kawasaki is working on the tourer version of its Ninja H2 superbike and the resulting product might arrive as the Ninja H2GT.

The 29 second footage shows the camera digging inside the engine. After that, one can see the winding roads that suggest that the mystery bike is from the tourer breed. Also, the exhaust note of the motorcycle in the video is not that much loud and aggressive and is rather sophisticated. This further cements the possibility of Kawasaki revealing a touring machine.

The video ends with the slogan ‘Supercharge your Journey’ that finally reveals that the upcoming motorcycle will come equipped with a supercharger.

For those not in the know, the Kawasaki Ninja H2 is currently the only production motorcycle in the world to feature a supercharger. Powering this beast is a 998cc, inline four cylinder engine mated to a six-speed transmission system. The engine develops a maximum power output of 197 bhp along with a peak torque of 134 Nm.

The braking on this motorcycle is done with the help of twin 330mm disc brakes upfront along with a single 250mm disc at the rear. An Anti-Lock Braking System (ABS) is offered as standard.

The rumoured Kawasaki Ninja H2GT will likely come with the same underpinnings as the Ninja H2. The chassis of this motorcycle will either be reworked from the H2 or will be made as completely new.

More details will be revealed at the 2017 EICMA. Till then, keep your fingers crossed.