The upcoming Kawasaki Ninja H2 SX will share underpinnings with base H2; will get powered by inline supercharged engine

The Kawasaki Ninja H2 is one such motorcycle that has almost instantly become ‘the bike of the dreams’ for many since its inception. The reason being, the motorcycle makes itself stand out from the sea of big bikes due to a number of reasons. Most importantly, the Ninja H2 is the only production motorcycle in the world to employ a supercharger.

Now, the Japanese manufacturer is planning to step up the game with another offering that will be based on the Ninja H2. It was previously reported to have christened the Kawasaki Ninja H2GT but latest rumour suggests it is indeed the H2 SX. The upcoming motorcycle will be a sports tourer with the underpinnings same as the H2.

For this reason, the new Kawasaki Ninja H2 SX will come with the same 998 cc, inline four cylinder engine mated to a six-speed transmission system. The supercharged motor is good for churning out a maximum power output of 198 bhp with a peak torque of 134 Nm in the H2. The engine in the H2 SX will see some revisions to suit the characteristics of a sports tourer.

Kawasaki has already confirmed that the H2 SX won’t have the same specifications as the H2 as far as the engine is concerned. It will utilise the balanced supercharged engine with variable supercharger intake for mid-range and torque boost. Therefore, it is expected to make 198 hp worldwide as in the American-spec H2. 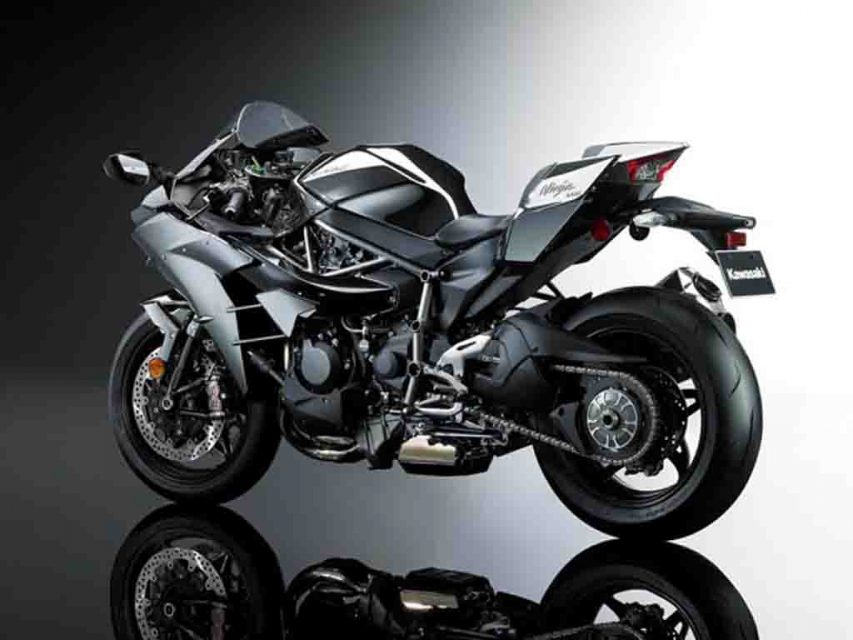 There are two versions reportedly be made available with no change in engine power and torque outputs. The changes could be in the suspension front or the super-tourer’s bodywork. Other features are also expected to be borrowed from the Ninja H2. Having said that, the upcoming sports tourer will come fitted with twin 330 mm disc brakes upfront along with a single 250 mm disc unit at the rear. An Anti-Lock Braking System (ABS) will come standard.

Other highlights that might be offered in the Ninja H2 SX include Kawasaki launch control system, traction control, quick shifter, Kawasaki engine braking control, steering damper and a lot more. The company will design a new chassis for the upcoming Ninja H2 SX. There is also a possibility that Kawasaki might rework the existing trellis frame of the Ninja H2 to meet the needs.

The Kawasaki Ninja H2 SX will compete with some of the best touring bikes on the planet like the Honda Gold Wing and the BMW K1600 GT. Kawasaki will showcase this bike at the upcoming 2017 EICMA show in Milan on November 7.