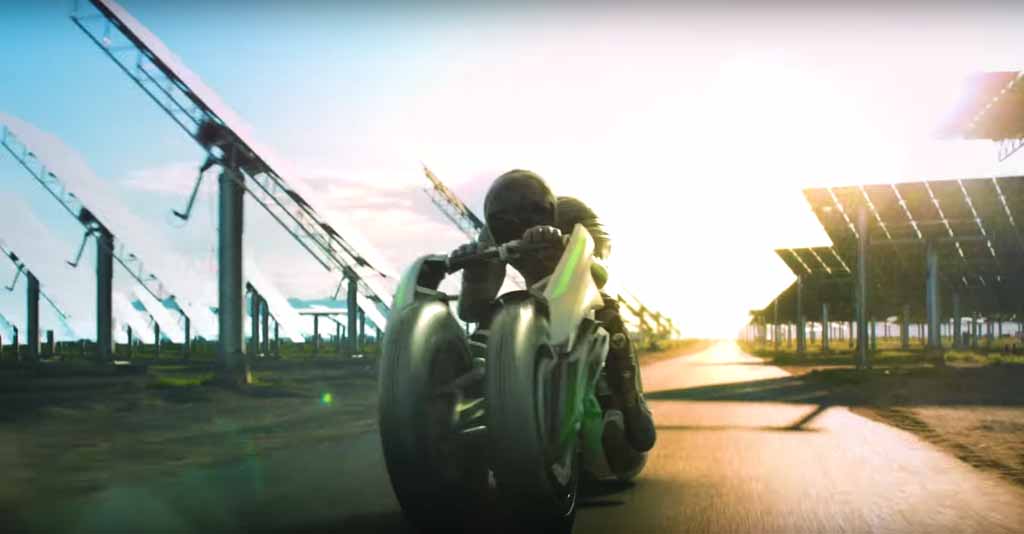 When Kawasaki showcased the Concept J at the 2013 Tokyo Motor Show, it grabbed everyone’s attention. Now, the Japanese bike manufacturer has started teasing the concept again. The Concept J is Kawasaki’s effort to give us a preview of futuristic road legal three-wheeler. Not only design, in terms of technology too this vehicle comes equipped with rage of futuristic advanced tech and the new version will be more improved we would suggest.

There is another different riding mode called ‘Sport’, which changes the vehicle’s ergonomics in order to offer a very aggressive riding stance. In this riding stance, the rider needs to take a forward leaning position. Thanks to the three wheels, it offers great control as well. The Kawasaki Concept J gets two front wheels and a single rear wheel.

For power source, Kawasaki Concept J uses two electric motors, with one providing energy to the front two wheels and another generating power for the rear wheel. The twin electric motor is combined with a powerful battery pack that ensures a long range. Now, as the Japanese company has teased the concept three-wheeler again, it seems the brand is becoming serious about making the production version of it. 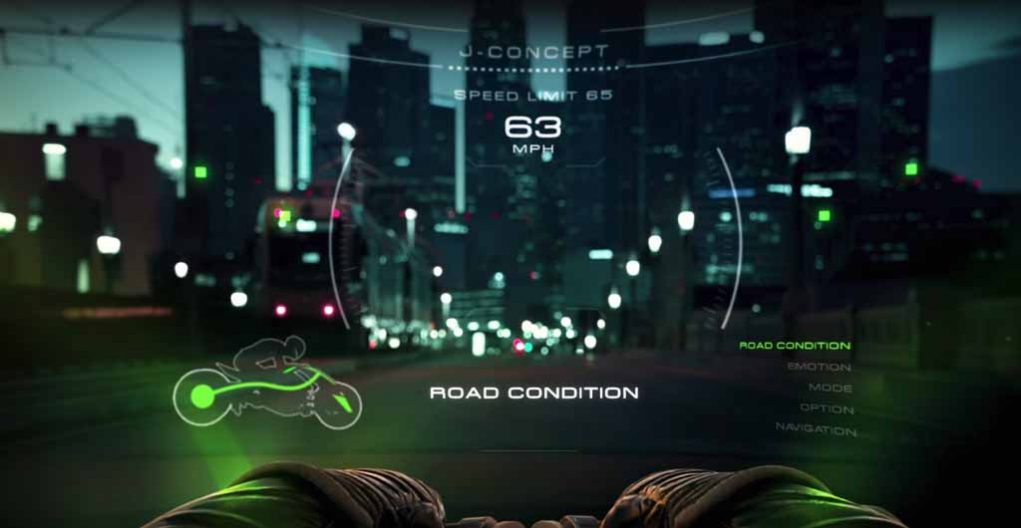 Interestingly, Kawasaki is not the only one who has been mulling the plan to make a three-wheeler. In recent times, another Japanese brand Yamaha also showcased its own three-wheeler christened as Niken at the 2017 Tokyo Motor Show. Polaris Slingshot and Can Am Spyder too grabbed attention with their design and technologies.

Considering the fact that Yamaha is all set to start selling Niken three-wheeler from later this year, Kawasaki could bring the production form of Concept J in near future. While the brand is tight lipped about details, it would be really interesting to see the Concept J in flesh.