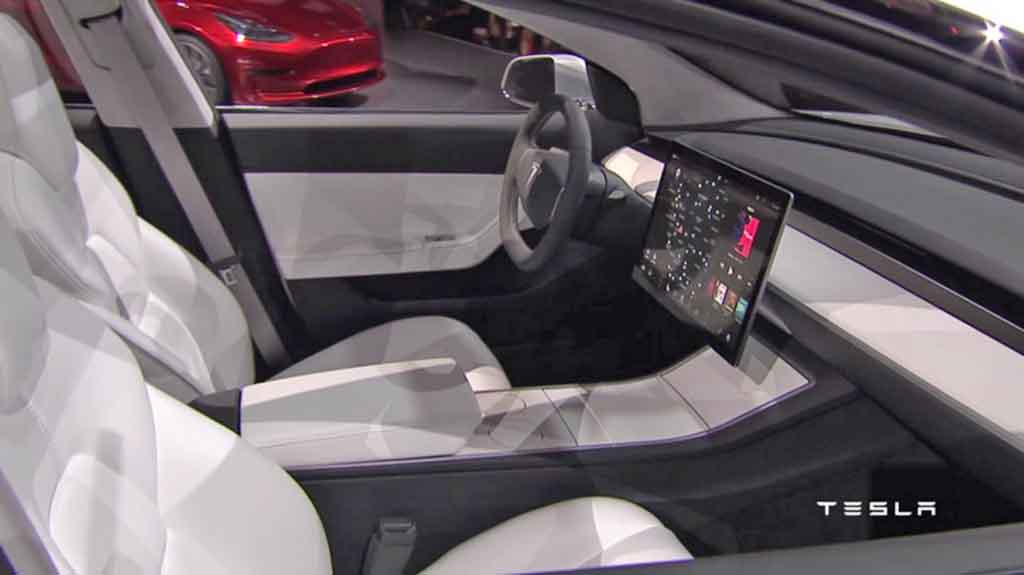 CEO Elon Musk confirms that India-bound Tesla Model 3 will come with only a central display showing all the information; ready to enter production from July

Tesla Model 3 won’t get any conventional instrument cluster or Heads-up display. This information has been confirmed by Tesla boss Elon Musk, while he was replying to a one of his followers in Twitter. In that case, the India-bound Tesla Model 3 will get only a large central digital display, which will show various information about the EV and the driver will be able to give control a few things from there as well.

Few days back, Tesla CEO took Twitter to inform the world that he Model 3 will be a much more affordable version of the Model S. While the power and range of the Model 3 will lesser than the Model S, the interior too will be pretty basic compared to the flagship Tesla car. Now the fact is again re-confirmed by Elon Musk.

Last year in August, we reported about Tesla Model 3’s interior when the car was spotted testing on road. The spyshot showed us a large tab-like digital display positioned at the centre of the dashboard beside the steering wheel. There was no conventional instrument cluster in front of the driver behind the steering wheel. The horizontal central display comes with map, connectivity and other infotainment options, while it offers the driver to start and stop couple of functions just by touching.

The Tesla Model 3 five-seater sedan comes equipped with a rear-wheel drive system as standard, and there will be a twin-motor AWD on offer as well. The American EV maker claims that it will be able to run 346 kilometres with a fully charged battery. Tesla plans to set up a manufacturing plant in India and the plan’s progress will depend on the success of Model 3.