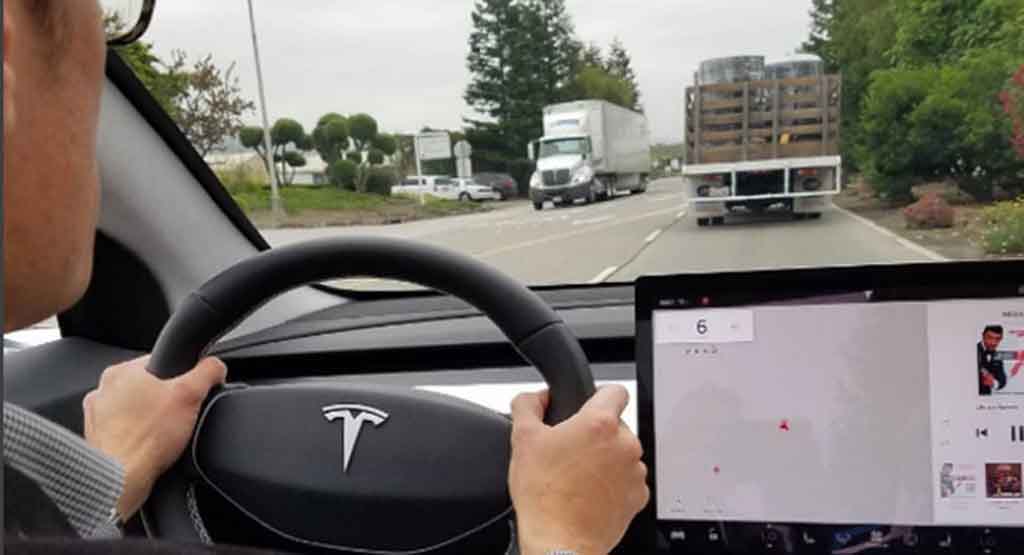 India bound Tesla Model 3 interior revealed; it is going to be the most affordable electric sedan from the American EV maker 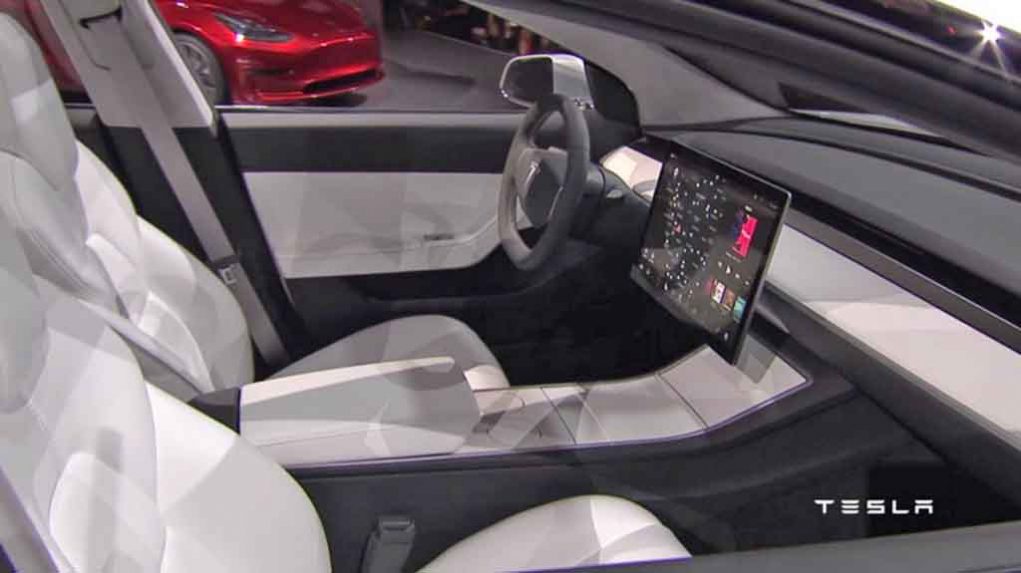 The leaked image shows the car having a normal circular steering wheel with the shiny Tesla logo at the centre. The most interesting part is certainly the large touchscreen panel at the center console, which works as the infotainment system and as the control panel as well. While the Tesla Model S and Model X come featuring vertical digital displays, the Model 3 sports a horizontal display, which juts out from the dashboard.

Another fact is that, there are no gauges visible in the Model 3. It might indicate a few possibilities; which include having no conventional instrument cluster at all. In that case, the car would come sporting the gauges at the massive digital screen. Also it might sport a heads up display in the final production model, and apart from these, the final production model might come sporting a conventional instrument cluster as well.

The Tesla Model 3 is expected to unveil in its final production avatar in 2017. Interestingly, the American EV maker will enter the Indian market with the Model 3, as Elon Musk has already announced. Post launch of Model 3 in India, the company might set up a manufacturing hub in the country as well.