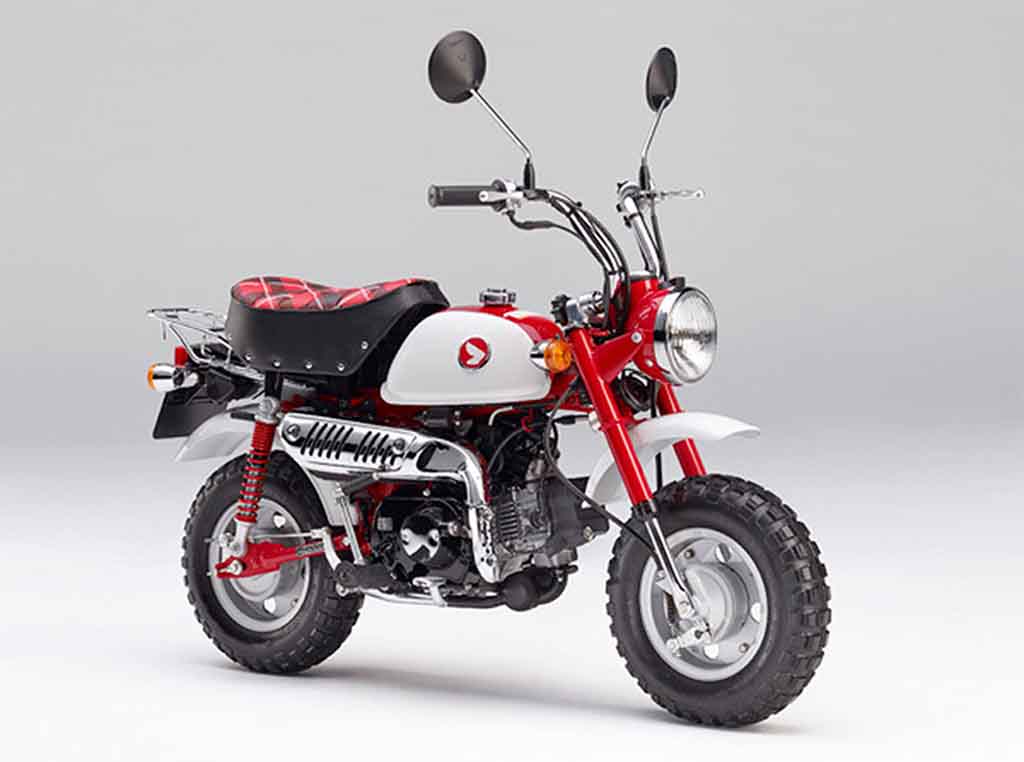 Honda Monkey has been discontinued due to problem meeting emission requirements; it was powered by a 49 cc engine

Honda has decided to pull the plug on the production of its Monkey minibike, which has been in business for 50 years. The Monkey minibike was first designed for an amusement ride at the Tama Tech Amusement Park in Hino of Tokyo back in 1961 and later it entered commercial production in 1967.

The reason behind discontinuation of the minibike is increasing difficulty to meet the latest emission requirements. Also, Honda is experiencing declining sales of small capacity motorcycles in Japanese market. While the first Honda Monkey was christened as Z100, later the Monkey bikes were dubbed as Z50, indicating towards the 49 cc single-cylinder, air-cooled, four-stroke engine, capable of producing 4.5 hp of peak power.

The Honda Monkey minibike was heavily inspired by the British-made Welbike motorcycle, which were used by the parachutists during World War II. But Honda successfully made the design popular and later several other motorcycles were built following the Monkey’s design. The first Monkey bike came without any suspension. Later the front forks were added to the model, but the rear was suspension-less.

Several versions of the original Monkey bike were made during its 50 year lifespan. The Z50J was launched in US in 1974 and Honda equipped it with a rear suspension. The first model had 89 mm x 127 mm wheels, while later models received 89 mm x 203 mm wheels. It had a seat height of less than 560 mm. The Honda Monkey bikes were heavily exported to European markets and they were used for occasional fun-rides.

The Honda Monkey minibike inspired the Honda Dax, which is a bigger and two-seater version of the Monkey. It came with 250 mm wheels and received a bigger engine as well. Interestingly, the Honda Grom is also considered to be inspired by the Honda Monkey. However, Honda is rolling out a 50th anniversary model of the minibike to commemorate the end of production of Honda Monkey.