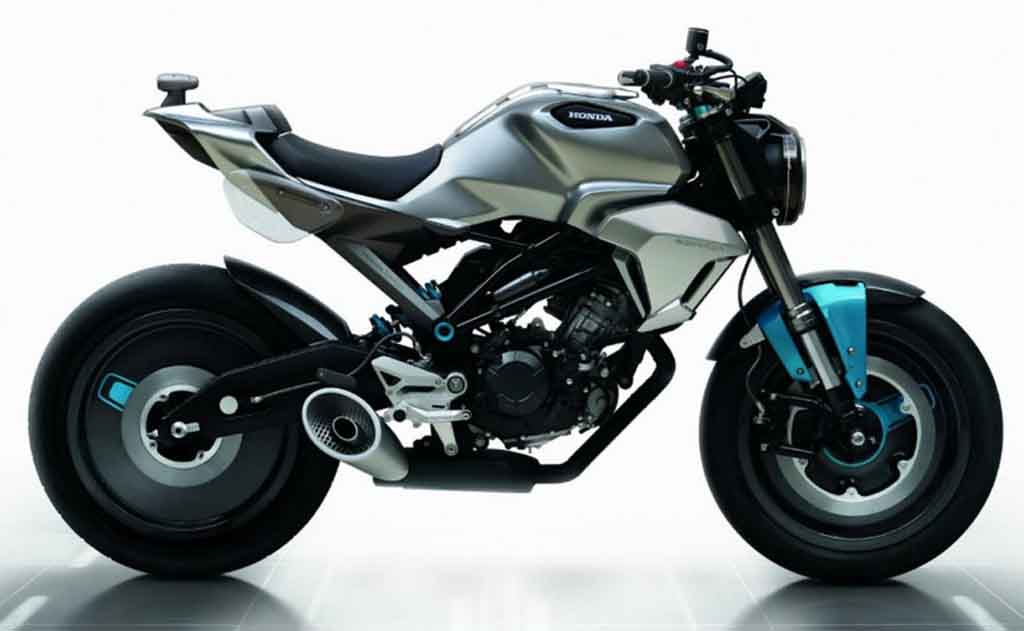 Honda is known for making some spectacular bikes and at the ongoing Bangkok International Motor Show, the Japanese brand has revealed an exciting concept model christened as the Honda 150SS RACER. It is basically a new-café racer styled concept bike, which blends retro charm with modern style. Overall, the concept bike appears very eye-catching with its unique design language.

Honda has received immense success with the Honda Grom, which inspired our very own Honda Navi. The success of the Grom has inspired Honda Thailand to reveal the new-café racer concept at the 2017 BIMS. I6t is not clear, if the concept bike will hit production anytime soon, but we may see it being produced in next two-three years. One thing is sure, the bike will surely grab attention of the customers if produced.

The concept bike looks very muscular. Up front it gets a large full LED round shaped headlamp givingthe concept a retro touch. A fully digital instrument cluster clipped on the handlebar is also visible. Speaking about the fuel tank, it looks very sculpted looking and the tank scoops are enhancing its visual appeal further. The rider seat is low and along with the wide handlebar offers great handling.

Honda has designed the concept with a single seat layout, but if produced, it could come with a pillion seat for sure. The narrow tail section sports sleek LED taillight. Apart from that, it comes with outward facing small exhaust canister and speaking about the wheels, they come with huge carbon discs making the concept stand alone in the crowd.

The wheels are wrapped with meaty rubbers and the carbon fibre fenders are also visible. Both the wheels sport disc brakes and for suspension duty, it gets upside-down front forks. As the name suggests, the Honda 150SS RACER draws power from a 150 cc engine. Expect it to deliver impressive power and torque output, if produced. But the production model will surely arrive more practical, shedding the hi-end features of the concept model.