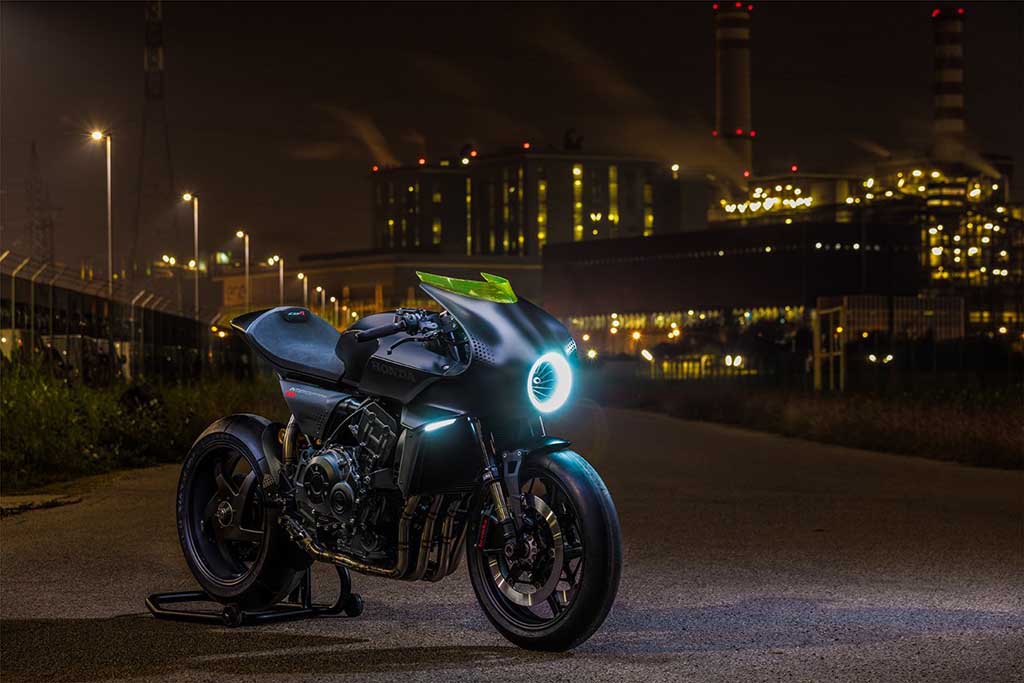 Honda took the stage of EICMA in Milan to showcase its new CB4 Interceptor concept that previews a futuristic café racer with very aggressive stance. The concept bike comes bringing memories of the original CB4 concept that was unveiled at EICMA 2015. As it appears, the Japanese two-wheeler manufacturer’s Rome R&D centre have taken the two year old original concept and modified it into the new CB4 Interceptor.

The new concept model looks very aggressive and it clearly previews a futuristic café racer that blends retro charm and modern styling in one package. Also, this bike takes design inspiration from the new CB1000R, while the original concept model displayed at EICMA two years ago was based around Honda CB650. 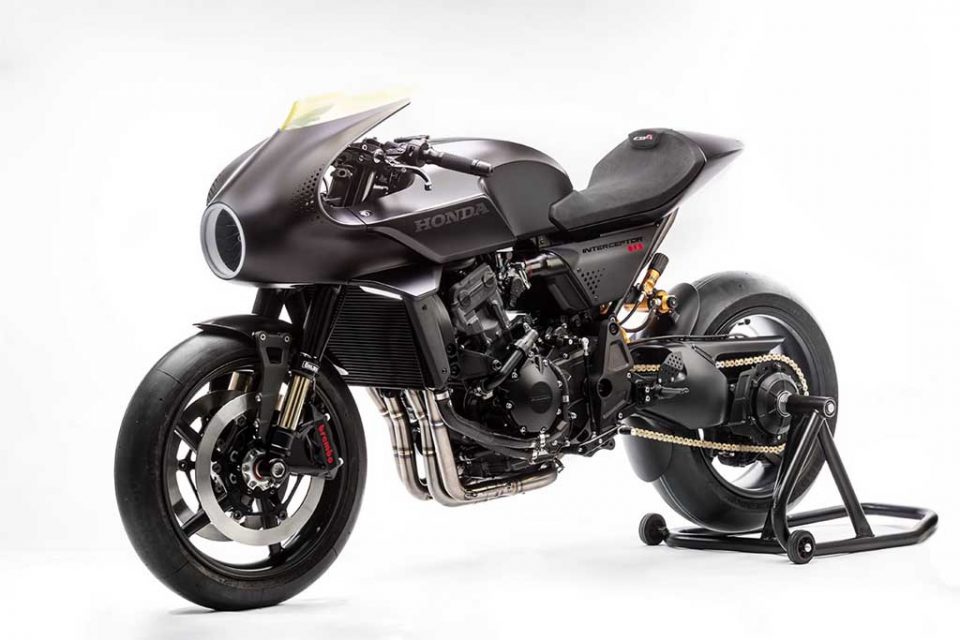 The original concept was designed as a streetfighter and compared to that new model arrives with a very unique style. It gets a round shaped headlamp with circular LED ring. It gets half fairing, slanted short visor, sculpted looking muscular fuel tank with engine start and stop button. The single seat is positioned low offering a comfortable riding position and wrapped with Alcantara.

A very interesting design element in this concept model is the fan at the headlamp. The production model is likely to come wearing a conventional stance compared to this model. The short tail section sports sleek LED taillights position on top and the exhaust is hidden at the tip of the tail. The black alloy wheels are wrapped with meaty performance tyres. 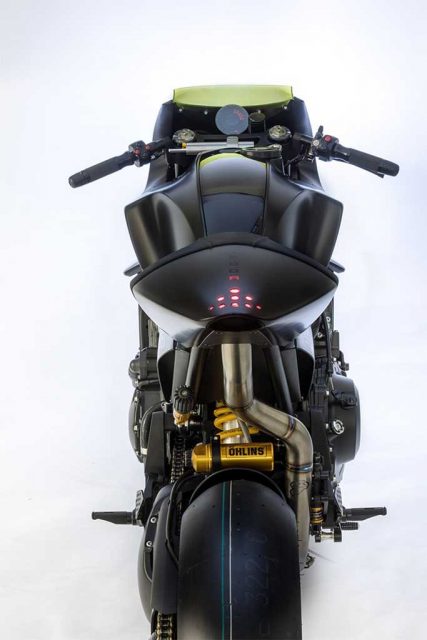 Honda is clearly assessing the reactions with this concept model and we can assume the Japanese two-wheeler brand to bring a production model based on this CB4 Interceptor in near future. However, there is no word from the brand about when it is going to make a production model. If the brand does so, we would love to see the bike here in Indian market.