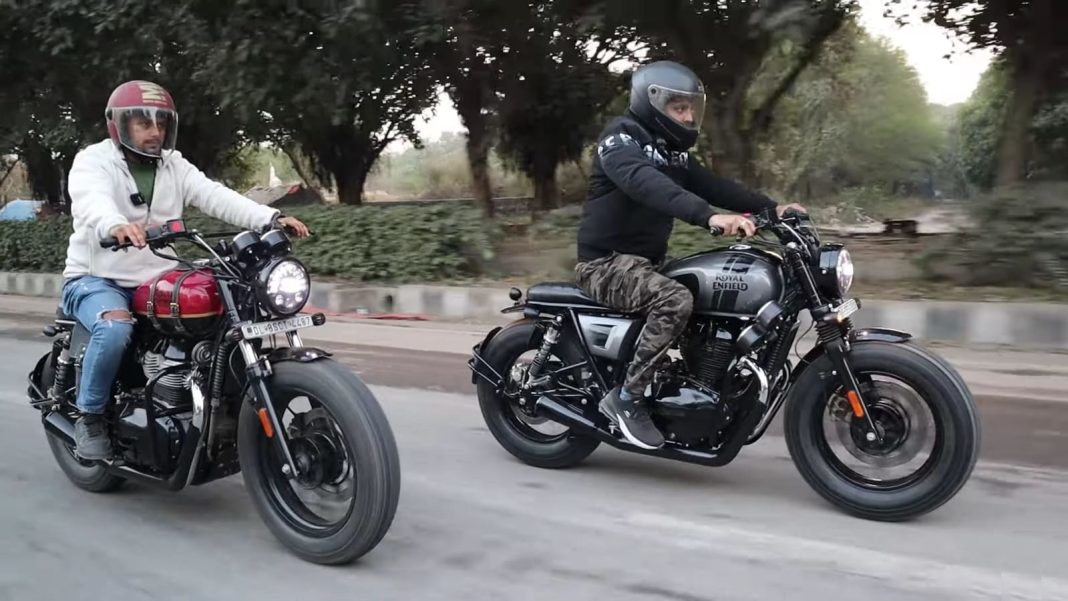 Royal Enfield motorcycles are the preferred choice of enthusiasts when it comes to building a custom project bike. Their easy-to-work architecture and strong aftermarket support make it extremely easy, and plenty of workshops across the country specialise in modifying RE motorcycles. Here, we have featured not one, but two customised Royal Enfield Interceptor 650-based scrambler motorcycles.

The video below, posted by Vampvideo, gives us a close look at the pair; both bikes look beautiful with their own distinct designs. They both have some common styling details, like blacked-out engine assembly, handmade custom fenders, aftermarket LED headlight, aftermarket LED taillights, custom turn indicators, custom rear tyre hugger, etc.

Also, the tail-end of the frame has been shortened on both motorcycles, and a ribbed set has been installed on each. The wire-spoked wheels have been finished in black, and they are now shod with balloon-type tyres. They are both custom painted, one in grey and black, and the other in red and black (with a golden stripe on the tank).

The grey model (christened Falcon), has its instrument cluster moved to the right side of the fuel tank. The positioning doesn’t make the cluster too difficult to read, as stated by the builder of these modified Royal Enfields. It also gets a custom-made tank plate, which looks unique. On the red one, a leather pouch has been added above the side panel on the right, along with two leather belts on the fuel tank. This gives it a further old-school vibe.

Also, custom exhausts have been installed on these motorcycles, which sound very loud and rowdy. Interestingly, the new exhaust system makes both the bikes lighter by around 10 kg to 12 kg, thus improving the performance and handling as well. No other mods have been done to the powertrain of these custom Royal Enfields. 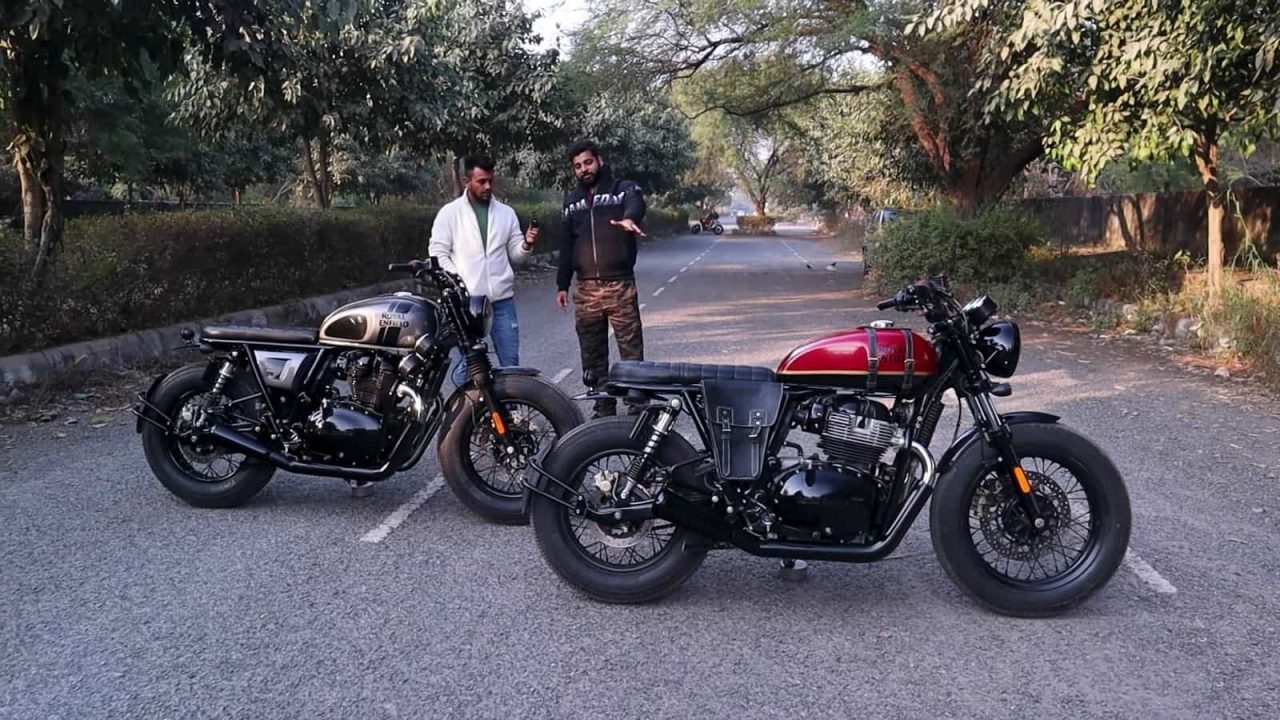 The cost of modification has been reported at over Rs. 2 lakh for each of these bikes. The mod jobs are quite extensive, and the final products are brilliant, mean-looking machines. Neev Motorcycles has showcased some wild concepts too in the past, like the Queen and Yoddha, among plenty others.