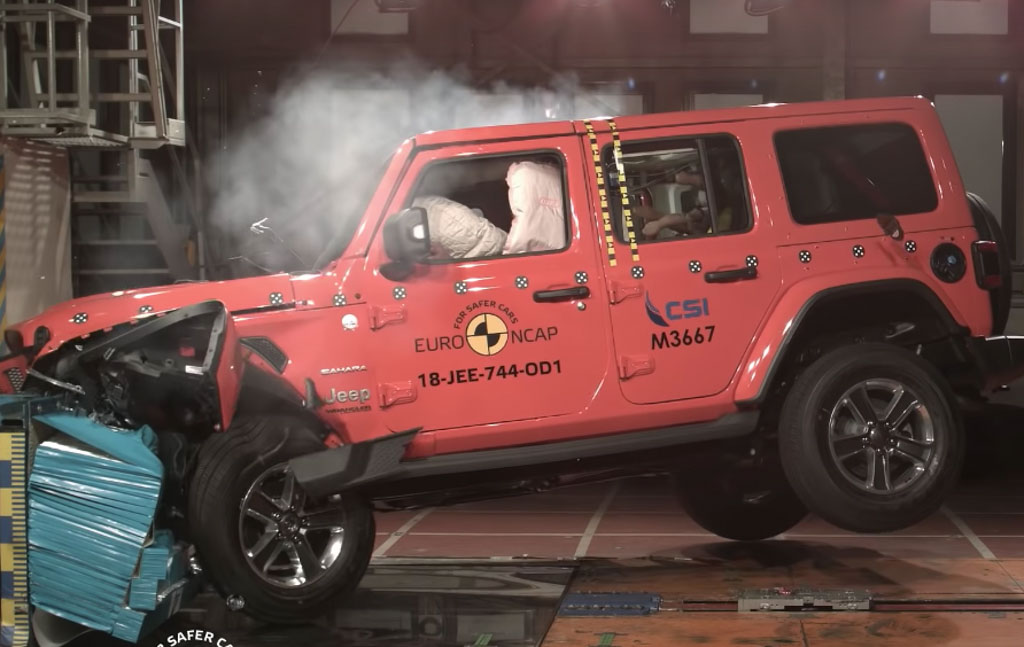 The new generation Jeep Wrangler, which is expected to go on sale next year in India, has been awarded a shocking one-star rating in Euro NCAP. It is the lowest rated car tested by the independent safety organisation this year and it could act as a major blow for its sales aspiration.

The 2019 Wrangler endured 50 percent in adult occupant and 49 percent in pedestrian protection tests leading to the dispiriting results. Due to the absence of autonomous emergency braking and curtain airbags, the Wrangler only scored 32 percent in assistant systems.

Euro NCAP testing procedures have constantly evolved in recent years and apart from occupant protection, technologies involving collision avoidance and pedestrian impact are part of the evaluation as they play a big part in receiving full five-star rating. 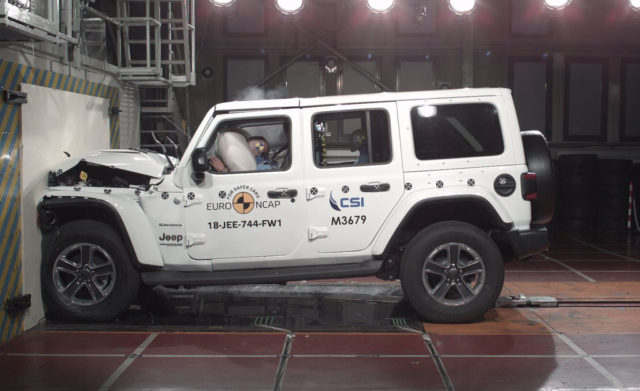 Following the below par results, Jeep quickly responded with a statement saying the Wrangler meets or “exceeds” federal safety requirements in every market and has “unmatched capability and worldwide appeal”. It is engineered to deliver greater performance and peculiar driving experiences under demanding circumstances.

What Jeep essentially mean is that the test protocols framed by Euro NCAP apply exclusively for urban conditions and for a specialist off-roader like Wrangler, they would not bode well. Euro NCAP found the connection between the A-pillar and the trans-facia beam was damaged indicating that the structure would be unable to withstand higher loads.

The deformation of the footwell showed that the integrity limit of the structure was reached according to Euro NCAP. The new Jeep Wrangler has body-on-frame construction with pressure-formed front-rail sections and use of high-strength steel in all critical areas.

It offers more than 70 advanced safety and security features including four standard airbags and the lack of Automatic Emergency Braking (AEB) system will be addressed in early 2019. With the inclusion of AEB and other safety features, the Wrangler’s results are more likely to improve when tested again.

The new Wrangler suffered the same issues as the Jimny with the latter succumbing to just 3 stars earlier this year due to the low scores in pedestrian protection, AEB performance and adult occupant protection related tests.