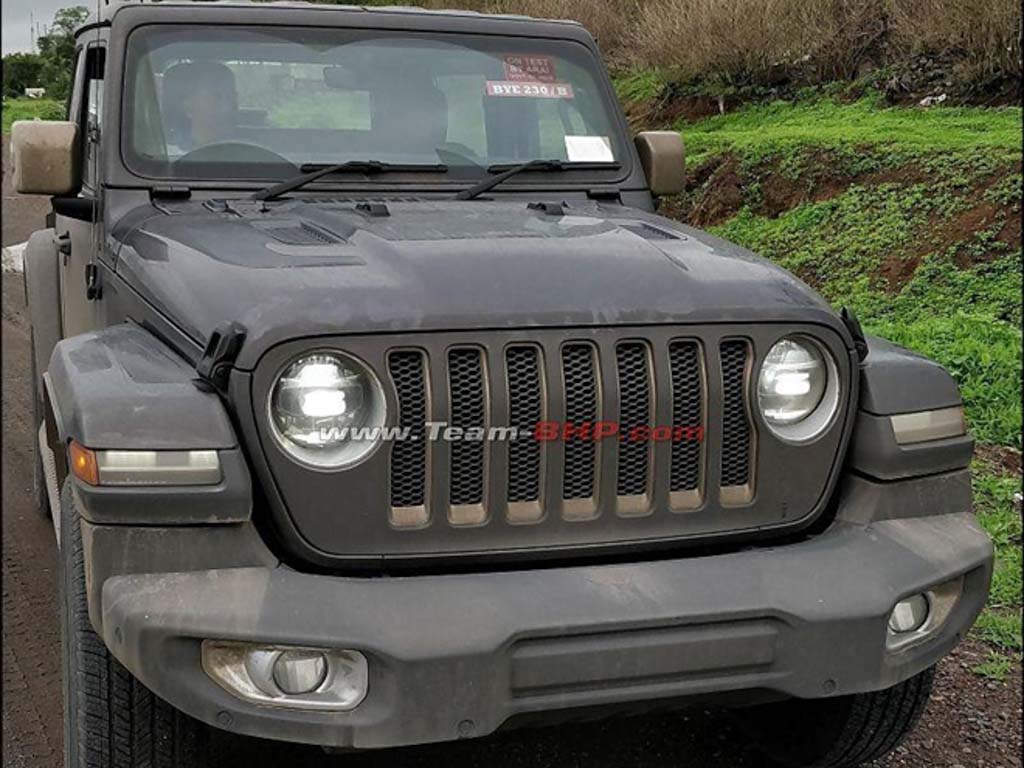 Jeep unveiled the new generation Wrangler at the last edition of Los Angeles Auto Show in December 2017. The Wrangler was the first model that signalled the arrival of Jeep in India along with Grand Cherokee in late 2016 and now the new version appears to be preparing for launch judging by the new set of undisguised spy shots.

It has been spied testing since the early part of this year in India. As both three- and five-door versions were spotted last month, we can expect Jeep to expand the Wrangler Unlimited range that is currently priced at Rs. 58.44 lakh and Rs. 66.12 lakh (ex-showroom) for the petrol and diesel 4×4 variants.

The upcoming Wrangler sits on the same body-on-frame construction and has larger windows for better visibility. It boasts pronounced LED tail lamps, new door handles, newly designed 18-inch wheels, myriad of rooftop and windshield options, and so on The interior does have a number of updates including a revised design and reworked instrument cluster while retaining shallow and upright dashboard. 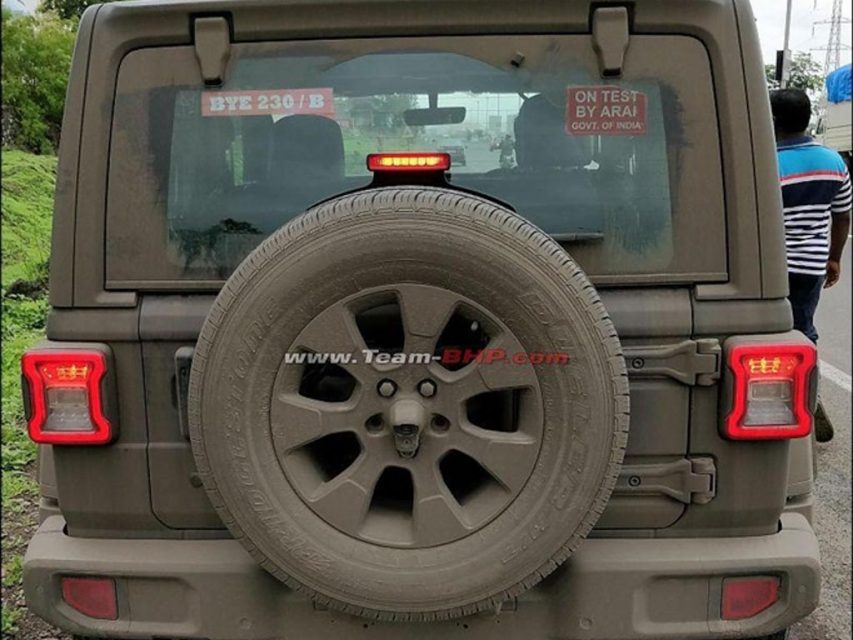 The switchgear configuration is also revised and is accompanied by more technologies. A body-coloured strip runs down the length of the dashboard and there is a new circular AC vents flanking a larger 8.4-inch Uconnect touchscreen infotainment system with GPS navigation. The air cons get new controls and dials with the power window switches positioned at the base of the centre stack.

Jeep sells a whole range of powertrain options with the new Wrangler globally such as 2.0-litre turbo four-cylinder petrol, 3.6-litre naturally aspirated V6 and 3.0-litre turbo V6 diesel. The Sport and Sahara versions get the Command-Trac 4×4 system with a part-time, two-speed transfer case with a 2.72:1 low-range gear ratio. 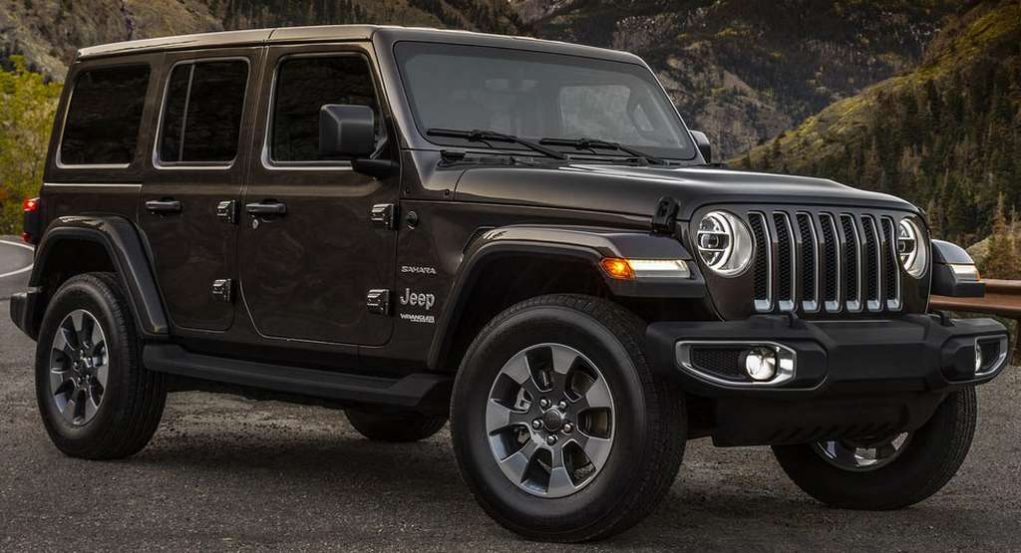 Whether engine changes will be made for India or not is yet unknown but the new Wrangler is expected to be sold in India via CBU route, just as the outgoing model. It could launch in early 2019 in India.
Image Source: Team-BHP