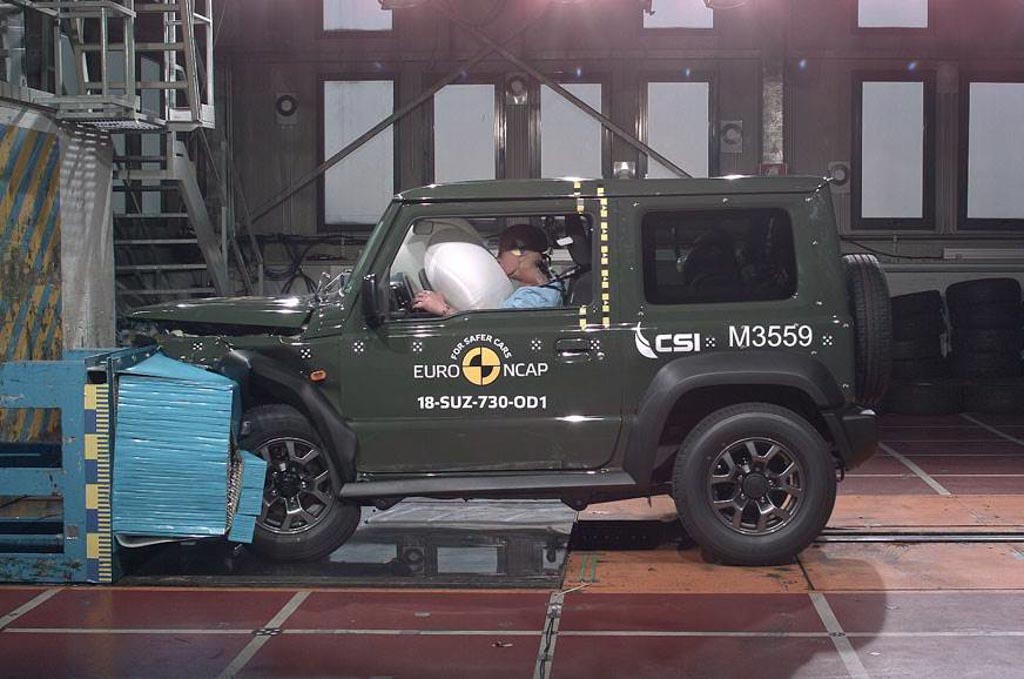 Suzuki’s new generation Jimny has got the automotive world talking for several months and it has now undergone stringent testing procedures framed by Euro NCAP (New Car Assessment Program). The overhauled small off-roader has managed to achieve three stars this time around amidst increased demand across the globe from customers.

The 3-door body has scored 84 percent in child safety, 73 percent in adult occupant testing, 52 percent in pedestrian protection and 50 percent for safety assistance technologies used. The significant reason for getting 3 out of 5 stars from Euro NCAP organisation is that the Jimny’s driver airbag did not deploy to the necessary level.

It could result in serious injuries to the head upon a frontal collision. The Euro-spec Suzuki Jimny does receive a number of standard safety features such as six airbags, ISOFIX child mount, lane assist, emergency auto braking (AEB), etc. But Euro NCAP puts more emphasis on head restraint performance to allow marks for AEB.

In Japan, the new Jimny is sold with a 0.66-litre R06A turbocharged engine and in international arena including Europe, it derives power from a new and more powerful 1.5-litre K15B engine that has replaced the old 1.3-litre unit in the last generation Jimny that ran for several years. 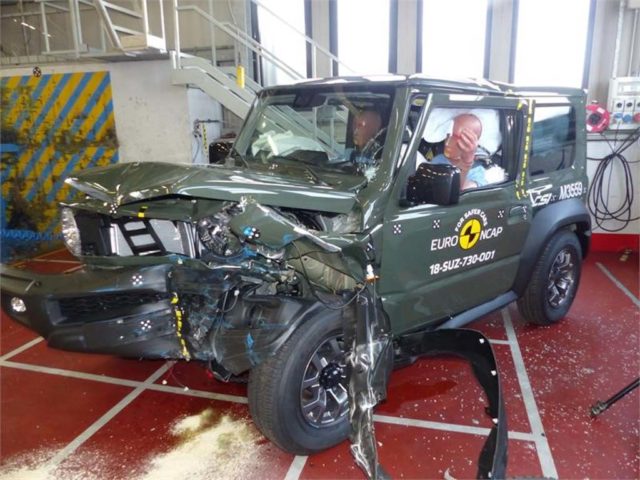 It produces 100 PS of maximum power at 6,000 rpm and 130 Nm of peak torque delivered at 4,000 rpm – 17 PS and 20 Nm more than its predecessor. It is 15 percent lighter and more fuel efficient, and is connected to a five-speed manual or a four-speed automatic transmission.

Suzuki has also improved the Allgrip Pro AWD system in the new Jimny with a low-range transfer gear and three driving modes. Although tipped to be a lifestyle offering for India, and some reports denying its potential entry, whether the legendary off-roader will ever make it to our domestic market or not remains a mystery!

The new-gen Suzuki Jimny has maintained its traditional boxy styling despite modern design updates while the interior has been more appealing than ever with several connectivity options and premium features.