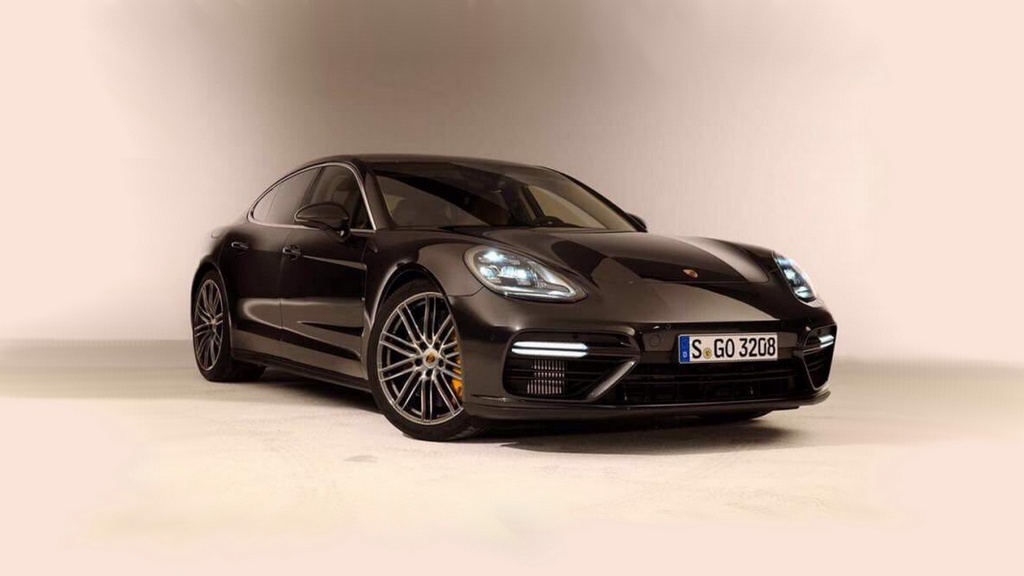 2017 Porsche Panamera will debut on June 28; retains familiar shape while a 4.0-litre V8 turbo unit will more likely act as the power source

The second generation Porsche Panamera will be making its scheduled debut on 28th June in Germany and ahead of it a few studio pictures have been leaked online. The set of images gives a clear indication of what the German manufacturer has in store for us waiting on the outside and also inside. Claimed to be “the fastest luxury sedan on earth”, the engine details of the new Panamera have also emerged merrily.

The images revealed on the web by @car01 via Motor1 demonstrate the design of the newly evolved Panamera comprehensively. The styling remains intact with the outgoing model with the traditional shape retained. The slimmer profile and new front end with meaner LED headlamps and dual strip LED lights attribute to the big sporty sedan’s character in addition to having a slightly longer wheelbase and slender three-quarter panel. The rear section appears to be influenced by the all-new 718 Boxster and Cayman while the taillamps are linked by a sleek LED strip and dual exhaust system extends out of each end with a sporty diffuser positioned in the middle. The new Panamera is based on the MSB platform which makes it around 90 kilos lighter than the previous generation model due to the effective use of aluminium, composite mixtures and high strength steel.

One of the leaked images was the new 4.0-litre turbocharged V8 power unit which has an aggressive stance because of the dual plenums leading into the motor. As the exact power and torque figures are not known yet, the lightweight chassis meant Porsche engineers could play with the extra degree of freedom offered in making the four-door model a sporty handler with increased power output. A new family of V6 turbocharged engine alongside a plug-in hybrid variant can’t be ruled out of the equation through its life cycle. Another revealing picture was the instrument cluster and on its either sides, LCD display screens provide vital information to the driver.

The rear occupants will be enabled with an LCD entertainment system and multimedia controls and the front seats elevate sportiness further. The tachometer is the only analogue unit and the rear seats are separated by a thick console while the main touchscreen infotainment system is expected to be a 12-inch display.