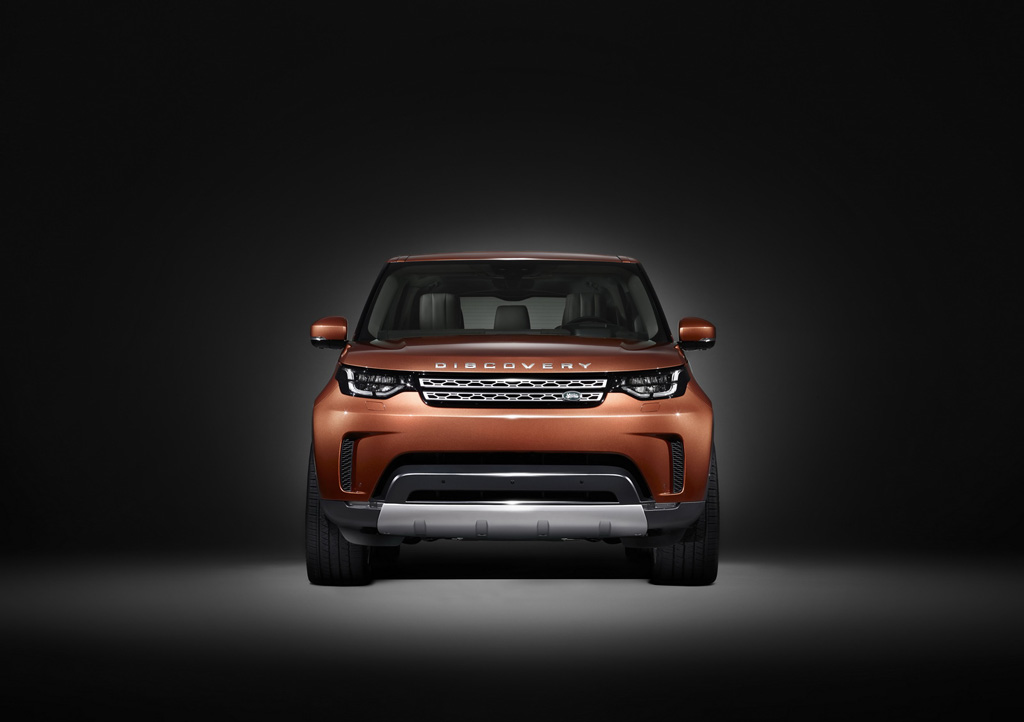 British luxury SUV manufacturer Land Rover has teased the all new 2017 Land Rover Discovery’s front fascia ahead of its unveiling on 28th September, just ahead of upcoming Paris Motor Show later this year. The car comes bigger and better compared to the previous model. The upcoming model was first displayed as the Discovery Vision Concept at the 2014 New York Auto Show. Land Rover Discovery is a seven seater SUV which has been very popular across the world since the car has been introduced for the first time. The 2017 Discovery comes built on a lightweight aluminium monocoque structure, which is also shared by Range Rover Sport and Range Rover. Compared to the outgoing model the upcoming model will come pretty lightweight, therefore easily maneuverable and much more fuel efficient as well. Reports suggest, that the car will come powered by a range of engines from the Ingenium family. Expect it to come bearing the 3.0 litre SDV6 diesel engine which will come updated though, and also hybrid powertrains are expected to make way into the car. Apart from this, 2017 Land Rover Discovery is supposed to become the first model to get JLR’s special SVX off-road version. Expect the car to reach Indian market soon after global unveiling.