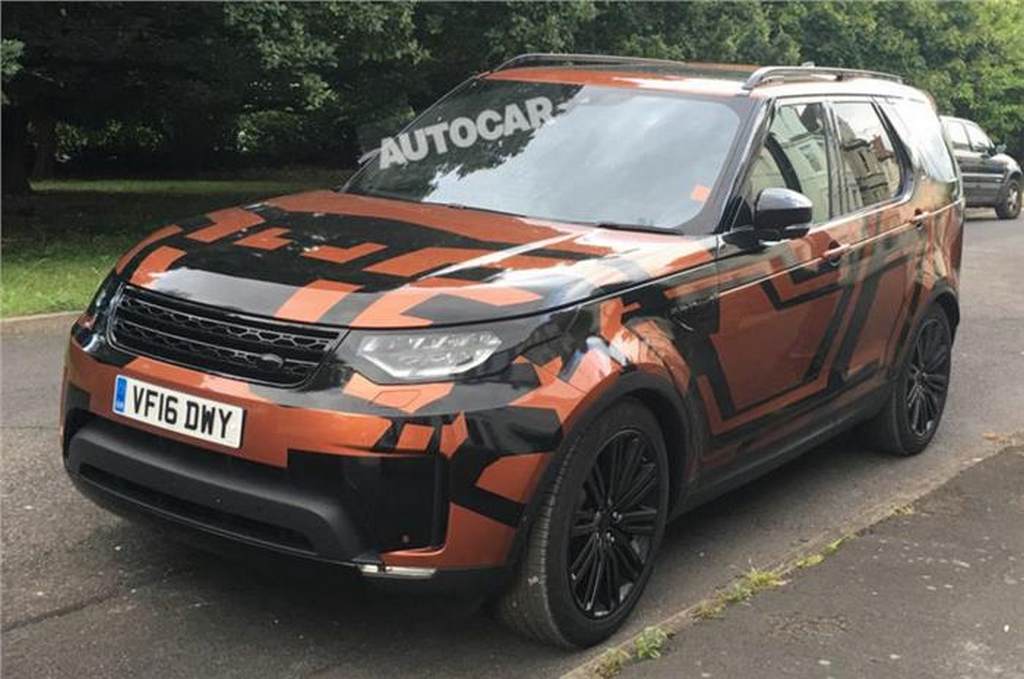 The new generation Land Rover Discovery SUV has been spied testing recently ahead of its global premiere scheduled for late 2016. Incorporating new technologies, the upcoming luxury SUV will be lighter than the outgoing model and is rumoured to be largest in the Discovery portfolio. The growing trend internationally has made way for Land Rover to ponder on a new smaller Discovery slotting below the Sport model.

As the British manufacturer approaches new desires of customers, the Discovery will be built on the lighter bonded and riveted aluminium monocoque structure used for the Range Rover Sport and Range Rover. It will be manufacturer at the brand’s production facility in Solihull, UK. The lightweight platform will allow for major weight savings compared to the existing model which is constructed on the sturdy yet heavy TS ladder chassis. The heart of the engine line-up in the foreign markets for the new Discovery will be the updated version of the existing 3.0-litre SDV6 diesel motor. Jaguar Land Rover has invested hefty sum of money in the hybrid and electric technology’s research and development but the outcome of this project is expected not before the beginning of next decade. As in the 2017 MY Discovery Sport, the fuel-efficient four-cylinder Ingenium diesel engines could be added to the line-up through the life cycle with mild hybrid systems also predicted.

Previewed as the Discovery Vision concept at the 2014 NY Auto Show, the next generation Discovery has repeatedly been spied in JLR’s Midlands area. It stands in conformation with the exterior of the concept with expected changed changes to the front and rear end. It was said to have a stepped roof for accommodating room for seven people with visible side pillar to maximise the inside space. It appears to be more premium than its predecessor with the signature class-leading off-roading capability in a stylish package. New technologies like laser scanning system to automatically adjust the suspension and transmission based on the surface conditions, transparent bonnet to project an image of what’s underneath the car onto the bonnet and auto car control in tight parking scenarios are expected to feature. Following the global debut, Indian market is likely to receive the model in quick succession.
Source: Autocar