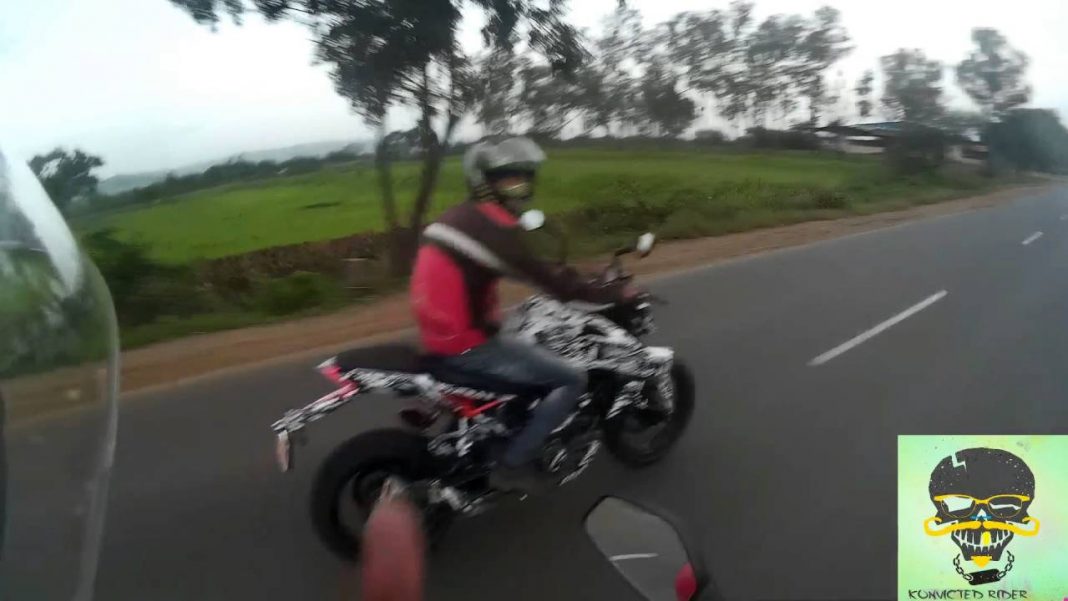 2017 KTM Duke 390 spied testing in India for the first time; to come with the same engine but more refined

KTM is readying its all new Duke 390, which is expected to make its global premiere at the Milan Motorcycle Show later this year. Ahead of that, the motorcycle has been spied testing on Indian roads for the very first time. The new generation model looks much sharper than the outgoing model. It not only incorporates a sharper design, but also comes technically more refined.

The 2017 KTM Duke 390 receives a LED headlamp with a vertically split appearance. The fully digital instrument cluster sits on above the headlamp cowl, while the fuel tank looks more aggressive than the outgoing model with the extended fairings. The naked sports bike’s frame at the rear has been revised, and the exhaust system is also refreshed.

The black seats, orange and black contrasting paint theme makes the bike pretty much appealing. The rear looks like it have ended abruptly, and it comes complemented with sharp designed taillight and stepped up saddle seat. The power source of the bike remains same, as the 373 cc single cylinder liquid cooled engine from the outgoing model does duty in the upcoming model. But the power and torque output has been increased.

On the suspension front the 2017 KTM Duke 390 sports upside down forks at the front, while the rear comes with monoshock absorbers. Both the wheels will get disc brakes combined with dual channel ABS doing the braking duty.