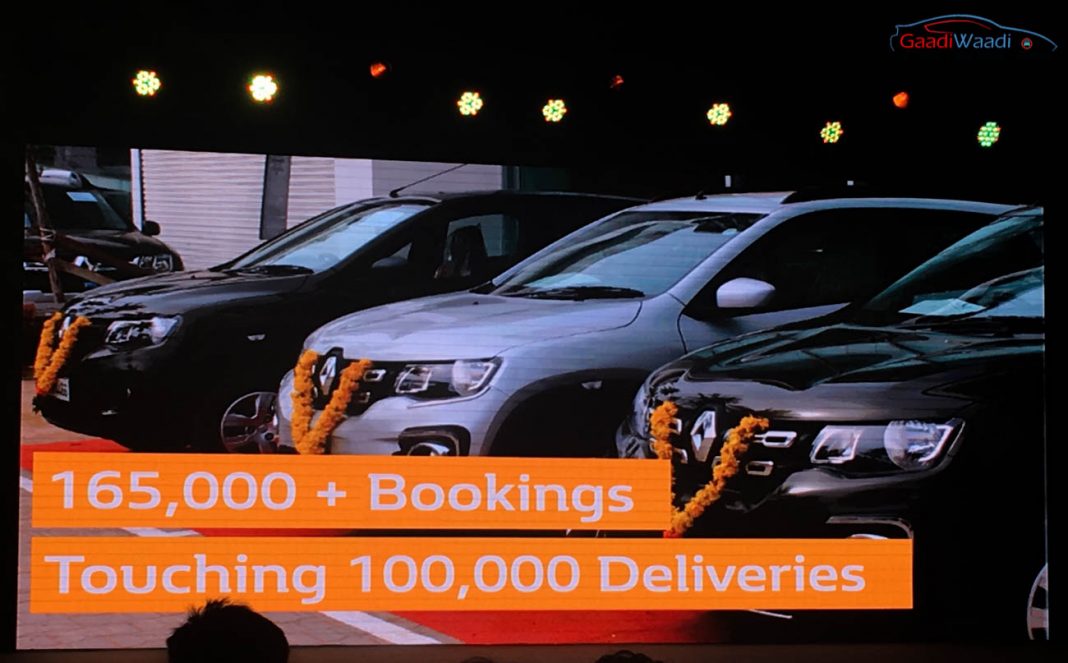 1,00,000th Renault Kwid to be delivered soon in less than one year of time, the car is set to reach the huge milestone

French auto manufacturer Renault has received immense success with the Kwid hatchback in Indian market. Within very short span since launch the car has garnered massive popularity. It was launched in 2015, and in less than one year the car has received more than 1 lakh booking. The auto maker is all set to deliver the 1,00,000th units of the Kwid.

The Kwid comes with an unmatched design. It gets rugged and aggressive design, which makes the car look like a small SUV rather than a hatchback. The car has been designed and developed in India. With more than 98% localisation rate, Kwid comes with very aggressive pricing. It offers some features, which are first in the entry level hatchback segment.

Renault India launched the car at Rs. 2.56 lakhs only. This price tag made it one of the most affordable cars in the country. The Kwid was initially launched with a 799 cc three cylinder SCe petrol engine mated to a 5 speed manual transmission. This engine is capable to churn out 53 bhp of peak power at 5,678 rpm and 72 Nm of peak torque at 4,386 rpm. The fuel economy for the car is very impressive at 25.17 kmpl. The Kwid offers some spectacular feature like a touchscreen infotainment system at the centre console inside the cabin. This makes Kwid one of the first car in the entry level hatchback segment to come with such feature. Also the 300 litres of boot space, 180 mm of ground clearance makes the car desirable.