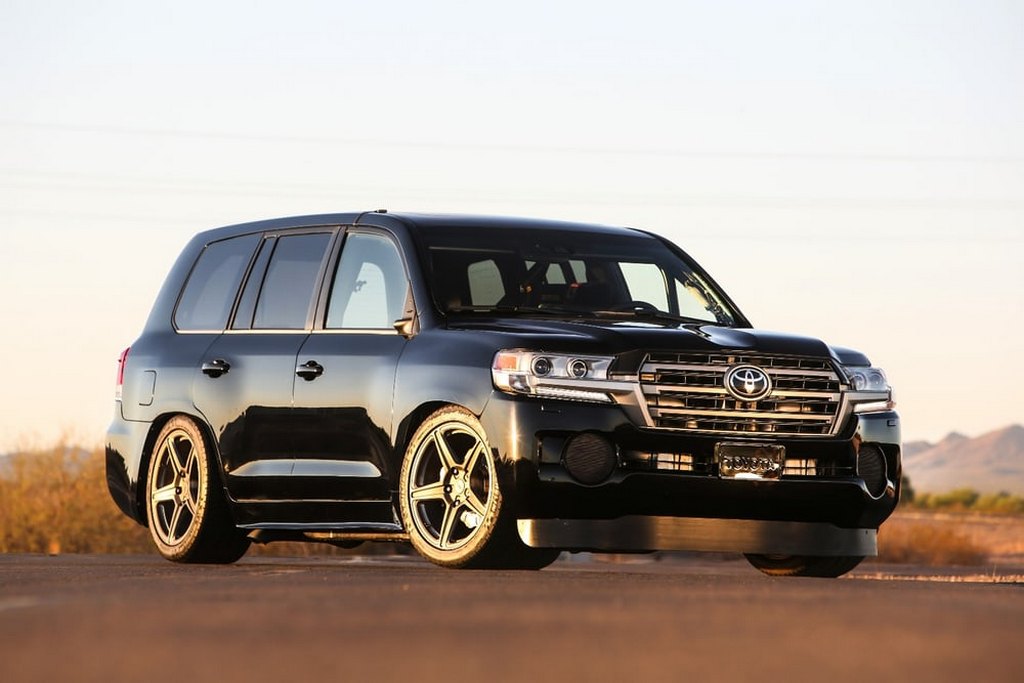 Toyota knows how to make a big impact at the SEMA (Specialty Equipment Market Association) show and the 2016 edition was no different. At the Toyota display booth in Central Hall and on the Patio Annex of the Las Vegas Convention Center, the Japanese auto giant showcased what claimed to be “a new chapter in the SUV’s history book”.

The SUV in question is the famous Land Cruiser which grabbed the headlines for its heavily modded background. When other manufacturers flaunted with highly modified trucks and SUVs, Toyota went a step further as a concept version of the Land Cruiser endorsed to become “World’s Fastest SUV” greeted the show goers. Dubbed as the Toyota Land Speed Cruiser, it has been boasted to achieve a spine-tingling top speed of 220 mph (354 kmph) – in other words would pretty much race past some dedicated supercars. All the might comes courtesy of what hides underneath the bonnet as a whopping 2,200 horsepower is produced from a twin turbocharged engine.

Before you second guess, the engine is the same stock unit found in the standard Land Cruiser that has been uprated with “volleyball-sized Garrett turbochargers” on each cylinder banks. The massive 3UR-FE 5.7-litre V8 breathes through front air inlets in the specially designed aerodynamic bonnet scoop. The engine is connected to an ATI transmission. In the plain sight, the Land Speed Cruiser looks identical to the regular SUV but the team of Toyota engineers had to make the entire profile low-slung and equip aerodynamic body parts around the vehicle for better performance and more crucially stability at higher speeds.

The frame is heavily modified with changes to performance components as well alongside low-profile tyres for better road grip. The Land Speed Cruiser is said to be “Toyota’s answer to the extreme” and if the nomenclature has not ring a bell to you, wait until Toyota makes an attempt for the fastest SUV in the world at Bonneville Salt Flat in Utah as we would expect.