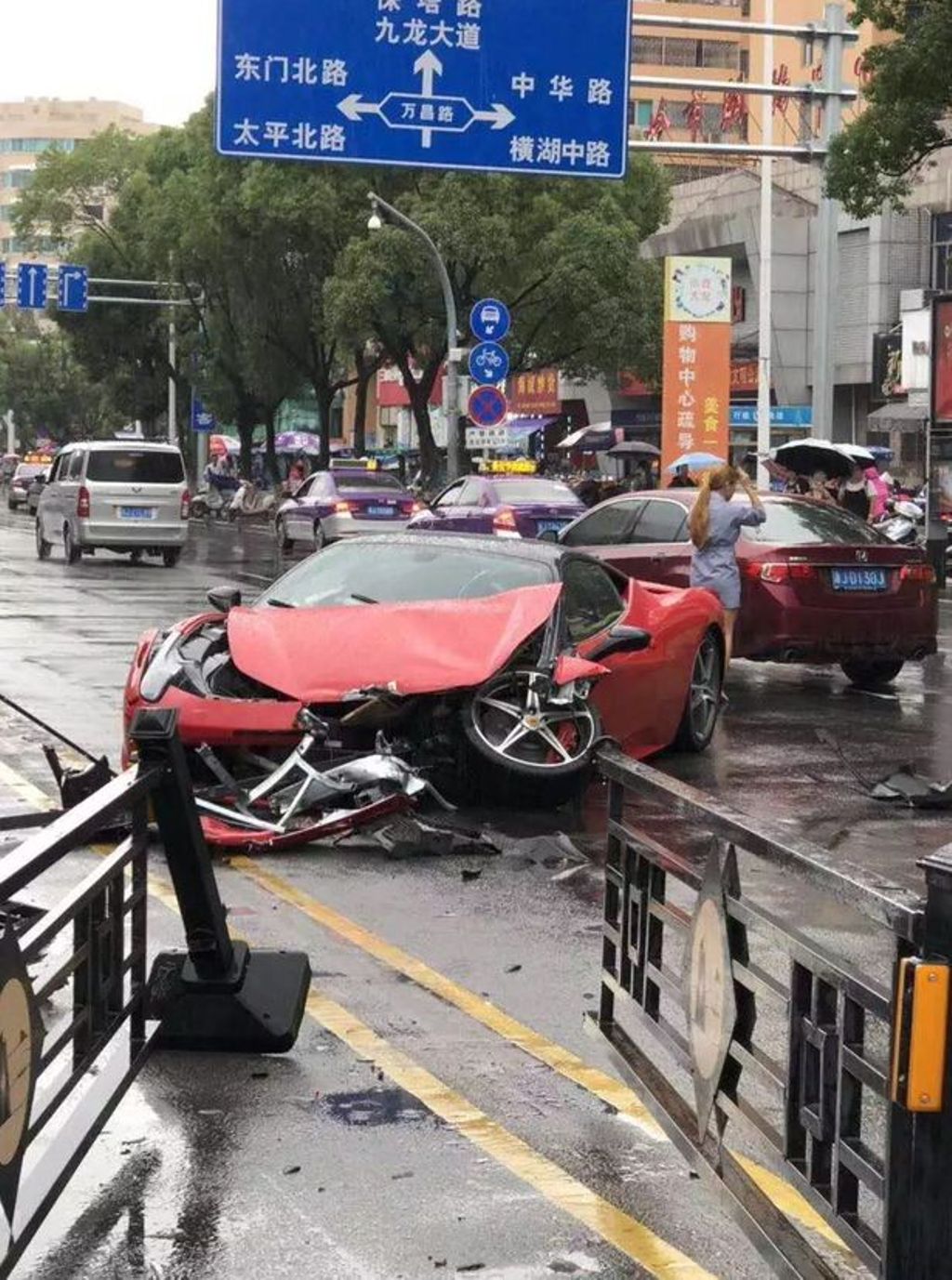 Even though the accident happened at low speed, the damage on Ferrari is huge as the left hand side wheel is broken and the bumper is a total mess

Driving a supercar is the childhood dream of any auto enthusiast and only few will get the opportunity to experience it, as it is out of reach for many. But sometimes the excitement of driving these monsters is over the moon and they would end up losing concentration just like what happened to this woman in China. She took delivery of a rented Ferrari 458 and was waiting for the signal turn green after coming out of dealership.

Then the signal turned green and during acceleration she lost control of 458 and spins across the road then hit a X3 before coming to halt. Even though the accident happened at low speed, the damage on Ferrari is huge as the left hand side wheel is broken and the bumper is a total mess. As it was a frontal impact, the airbag also deployed.

Thankfully everyone involved in the accident is safe, because of airbag and other systems. This shocking incident was caught on video by a fellow road user and the woman also recorded her memorable drive which turned into a disaster. The supercars come with lots of technologies to put there huge amount of power to the road.

The woman might have turned the traction control off and was not in the right settings as it was raining which might have caused the 458 to loose grip while acceleration and resulting in accident. This was first time she was driving a Ferrari and might be unaware about the features. We don’t know about the policies of rented Ferrari and whether accident is covered or not. 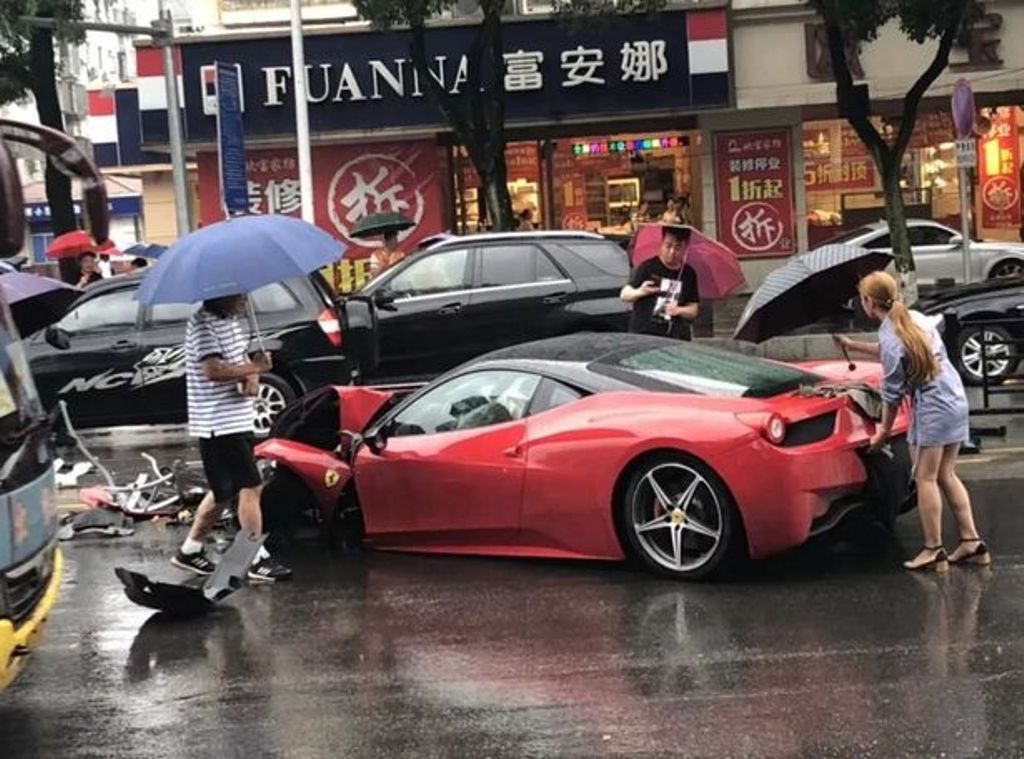 Ferrari officially introduced 458 as a replacement for F430 and made its debut in 2009. But the Italian manufacturer replaced 458 with 488 in 2015. The 458 was one of the most technologically advanced cars of its era and it is a mid-engine supercar. The Italian manufacturer has given aluminium chassis for 458 to keep the weight down.