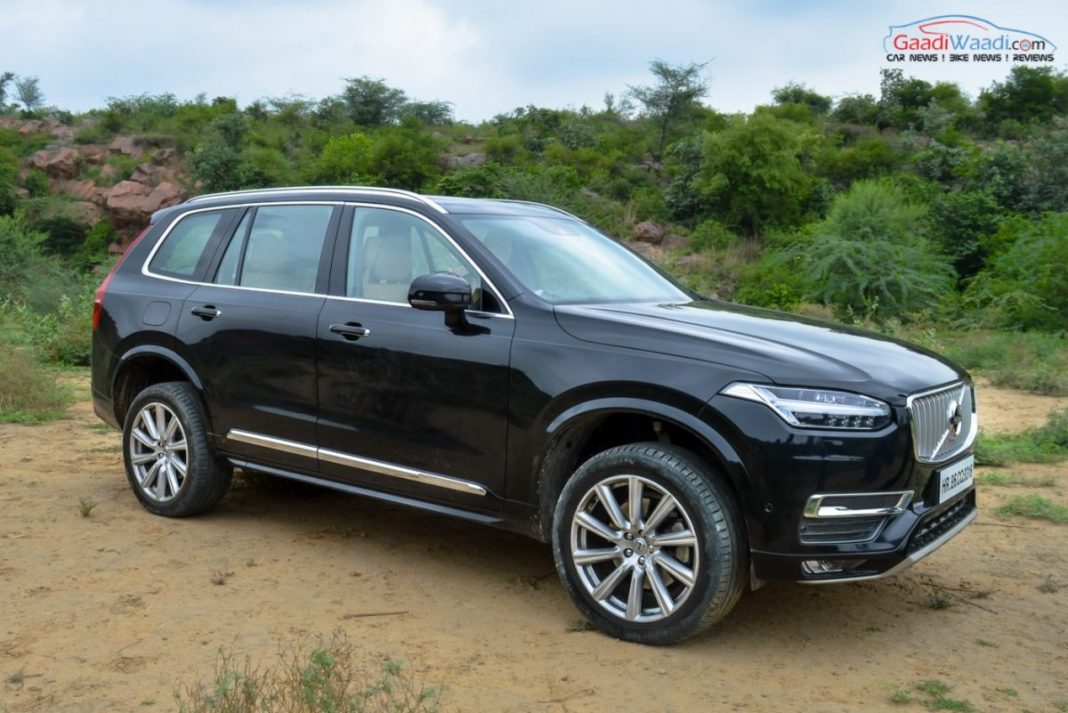 Volvo XC90 T8 Plug-in Hybrid Excellence version of the car is expected to get a price tag of Rs. 1.2 crore

Volvo XC90 T8 Excellence is launching in India on 14th September. The car is a petrol hybrid version and it comes more premium with a four occupant seating layout. Volvo is already known for manufacturing premium luxury cars, and the upcoming version will sport more premium features, while the most attractive USP about this car is certainly the hybrid powertrain which gets a twin engine set up. At the side profile the car sports the masculine appearance with large alloy wheels, chrome trim at the glass area, while the rear features roof spoiler, large vertically positioned taillights, beefy bumper, and silver skid plate with twin exhaust vents. So far, the car looks identical to its diesel siblings available in the market.

The interior comes featuring even more premium appearance with the four occupant seating layout. In terms of luxury the car reminds of the Mercedes Maybach S-Class, and it comes with features like pop up touchscreen at the center console between the two rear seats, individual rear seats with electrical adjustment which also get reclining facility. Another interesting feature is these seats come with programmed massage function, heating and cooling functions. Coming to the most important part of the car, it takes power from a T8 twin engine hybrid powertrain. It gets an internal combustion engine in form of a 2.0 litre T8 supercharged and turbocharged petrol engine, combined with an electric motor; and the car comes with an eight speed automatic transmission. While the petrol engine powers the front axle, the electric motor generates power from rear axle.