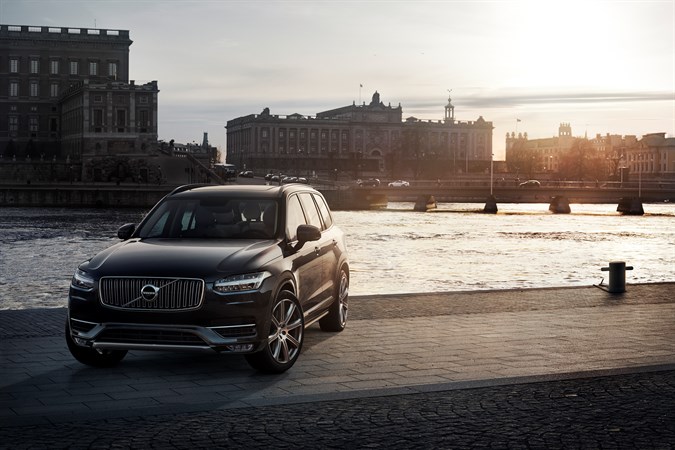 Volvo XC90 Hybrid arrived in India for homologation; it is the top of the line variant of the flagship model Inside the cabin, the Volvo XC90 T8 looks identical with its standard sibling. The car features sheer luxury inside the cabin. It features a leather wrapped multi-function steering wheel, large digital instrument cluster display and a large tab like touchscreen infotainment system at the centre console. Apart from that other features include heated seats at front, dual tone interior, wooden trims at dashboard and doors.

The Volvo XC90 T8 hybrid is powered by twin powertrains working simultaneously. The petrol engine is a 2.0 litre four cylinder engine which is combined with an electric motor. There is another electric motor which generates power for the rear wheels. The powertrain can churn out 420 bhp of peak power and 640 Nm of peak torque as combined. To get fully charged the batteries need 2.5 hours, and the can run up to 30 kilometers in all electric model.

If we talk about the petrol engine separately, it can kick out 318 hp of peak power alone with 400 Nm of peak torque. The electric motor is capable of producing 82 hp of peak power and 240 Nm of peak torque. The car can accelerate from 0 – 100 kmph in just 5.9 seconds. The hybrid XC90 is expected to get a price tag of around Rs. 87 lakh in India. It will get the government’s tax benefits for being a hybrid car.