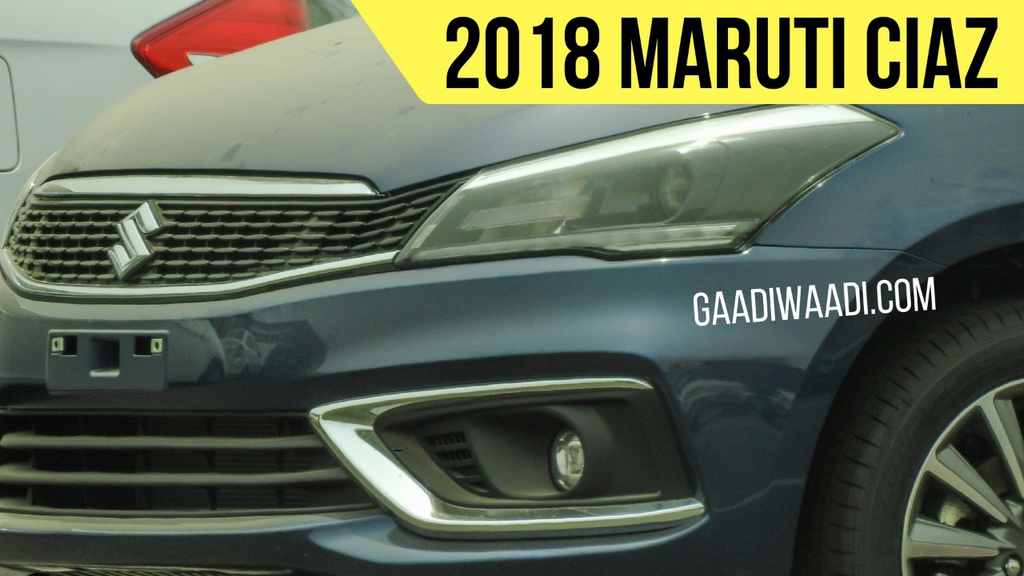 Maruti Suzuki Ciaz is one of the most popular midsize sedans in the country. With this model, the Indo-Japanese automaker toppled the Honda City from the top spot in the segment. With the biggest automaker of India established a strong hold in the midsize sedan segment and the Ciaz facing strong competition from the new Honda City and even the all-new Dzire as well, Maruti Suzuki is gearing up to introduce the facelift version of this premium looking sedan. The facelift model is expected to be launched here later this year or early next year.

It is very likely that Maruti Suzuki Ciaz facelift will be showcased that the 2018 New Delhi Auto Expo. Interestingly, Maruti Suzuki has moved the sales of this sedan from the regular showrooms to Nexa premium retail chain that also sells models like S-Cross and Baleno. Speaking about the upcoming Maruti Suzuki Ciaz facelift, it will get a sharper and more suave design. With the subtle update, the midsize sedan will become more appealing compared to the current model.

Expect a new front grille, revised sharper headlamps with HID projector lamps and integrated LED daytime running lights to be there. The front bumper too will don an attractive guise. Moving to the side profile, it could get sharper and crispier character lines, new design alloy wheels. The rear profile too is likely to receive updated taillights with LED units and an updated bumper as well. Dimensionally, the Maruti Suzuki facelift is expected to be same as the current model. But with the new refreshed look, it will be more appealing than the current sedan.

Inside the cabin, Maruti Suzuki would introduce more premiumness in order to make it much more attractive compared to the current model. As the company has given the new Dzire a very appealing touch, expect the Ciaz too to receive more interesting design and features. A multifunction steering wheel with wooden trim, an updated instrument cluster with analog and digital display, layered looking dashboard with a large touchscreen infotainment system at the centre console with Apple CarPlay and Android Auto will enhance the charm inside the cabin. Seat and upholstery materials are expected to come of improved quality.

As there won’t be any dimensional change, the space will remain same inside the cabin. On the powertrain front, it could drop the 1.3-litre DDiS diesel engine while a all new 1.5-L petrol engine could make its way in the new Ciaz. Expect the petrol mild hybrid system to be introduced and a 1.5-litre diesel engine could be there at later stage. Transmission options will remain same.