Patent right for TVS hybrid two-wheeler was applied back in 2008; the brand is expected to roll out its first product in near future

The two-wheeler manufacturer has been researching on the hybrid powertrain technology for its products for quite some time. At the 2010 New Delhi Auto Expo, the company showcased TVS Qube concept that borrowed the engine from TVS Scooty Pep Plus and combined it with an electric motor. It was again displayed during 2012 New Delhi Auto Expo and at the 2014 edition of the biennial event it came with a hub-mounted electric motor along with the 109.7 cc internal combustion engine. 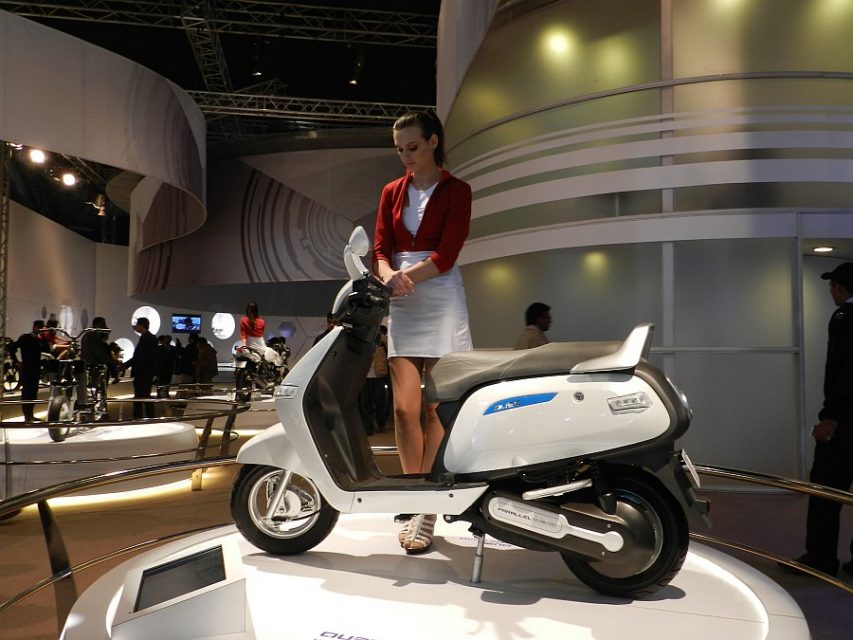 Battery options for the electric motor for this scooter included a 500 Wh and a smaller 150 Wh lithium-ion unit. TVS claimed that the scooter had a kerb weight of 108 kg and it was capable of running at a top speed of 75 kmph. But the most interesting fact of this powertrain is the fuel efficiency. Thanks to the electric motor, the scooter would be able to deliver much better fuel efficiency compared to the regular petrol powered two-wheelers.

The TVS Qube concept was claimed to be capable of reducing the carbon dioxide emission by 30% and also capable of increasing the fuel efficiency by 30% than a conventional scooter. With the scooter market increasing in the country at a rapid pace, hybrid technology will surely enhance the TVS model’s appeal further.