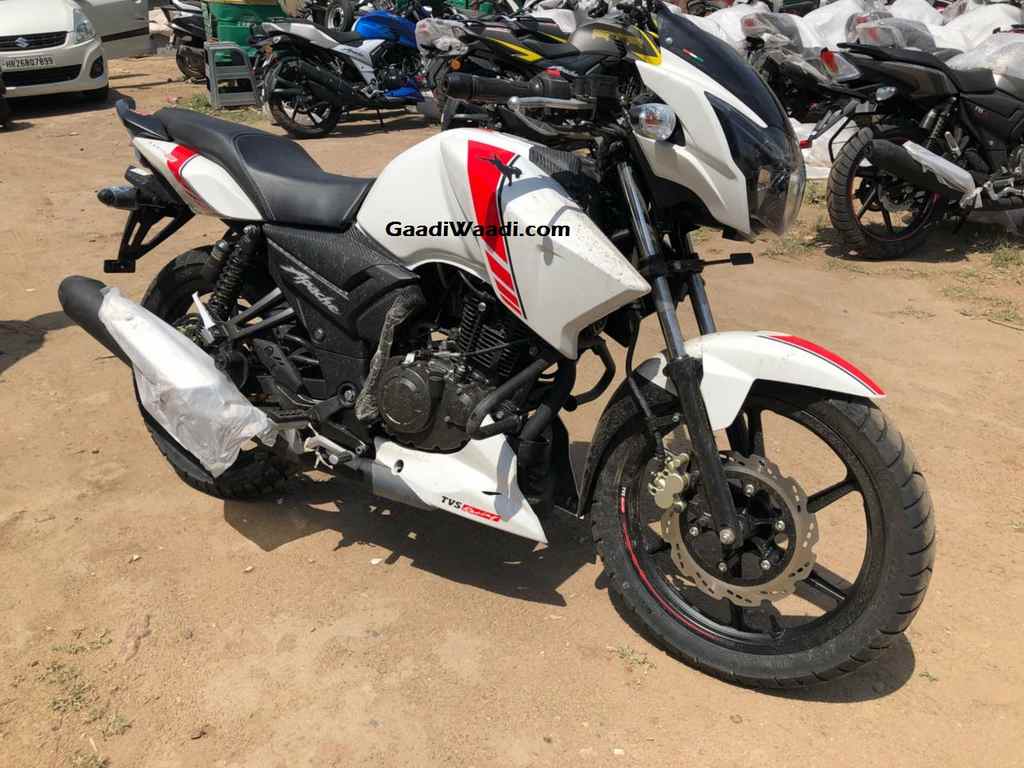 With no major hike in pricing, the Apache RTR 200 4V saw the introduction of Race Edition 2.0 with Anti-Reverse Torque Slipper Clutch technology, fly screen and racing-inspired graphic updates last month. Going in line with the top-spec edition, TVS Motor Company has now launched a similar variant on the previous generation RTR 160 that is still on sale. The White Race Edition costs around Rs. 79,715 (ex-showroom) for the front disc version and the dual disc model is Rs. 2,329 higher.

The comprehensive image gallery we have showcased here goes on to explain that the TVS Apache RTR 160 White Race Edition is being dispatched to dealerships across the country. The segment-first slipper clutch feature in the RTR 200 4V won’t be making its way into the 160 version though as it could have been deemed costly. 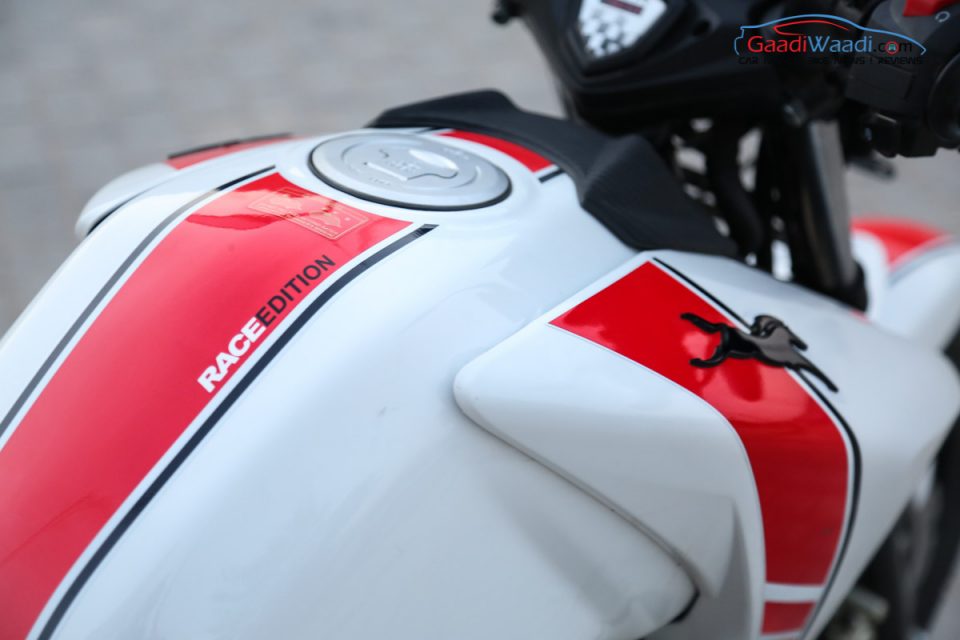 And, in fact the regular RTR 160 does not have ABS as well as it could be at the end of its life cycle. The Apache RTR 160 is retailed in red, matte red, black, matte grey, matte blue and white colours. In the Race Edition, it comes adorning the same white body colour with bright red graphics accentuated by black lines. The central thick red stripe with black outer lines runs over the fuel tank and culminates at the rear. Side panels, front mudguard and tank shrouds also have similar graphics.

The tank cowl now sports a 3D logo as in the RR310, 200 4V and 160 4V and the engine cowl has ‘TVS Racing’ stickering. No mechanical changes have been implemented as the Apache RTR 160 uses a 159.7 cc single-cylinder four-stroke air-cooled engine which is good enough to produce a maximum power output of 15.12 PS at 8.500 rpm and 13.03 Nm of peak torque delivered at 6,500 rpm. It is mated to a five-speed manual transmission. 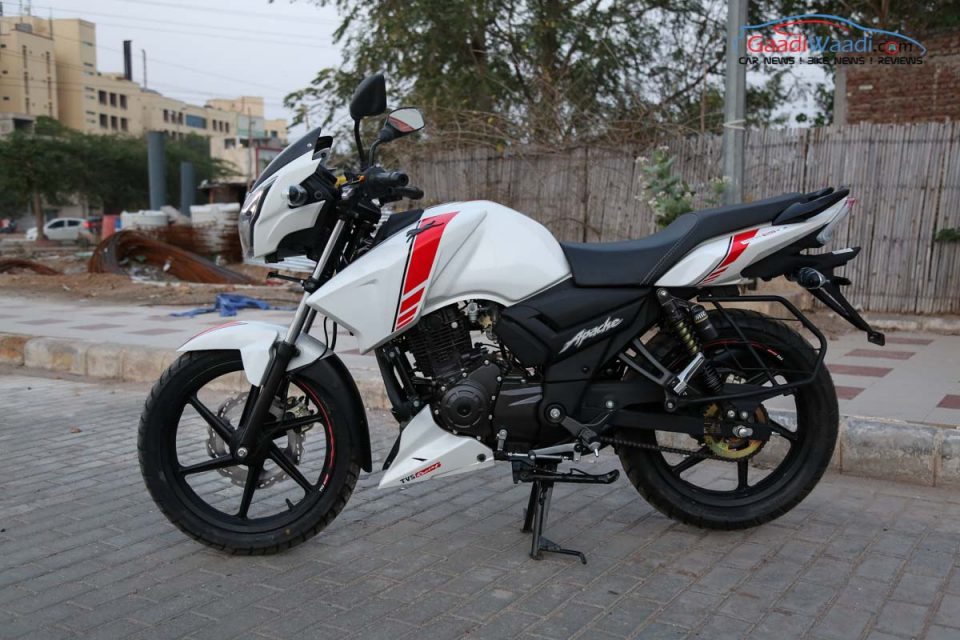 Built on double cradle synchro stiff chassis, the Apache 160 Race Edition is suspended on telescopic front forks and monotube inverted gas-filled shock absorbers at the rear. It is equipped with 17-inch tubeless tyres on both ends and has 270 mm front disc as well as 130 mm drum or 200 mm petal disc at the rear.

No dimensional changes are made as it continues to measure 2,085 mm long, 730 mm wide and stands 1,105 mm tall with wheelbase of 1,300 mm and 167 mm ground clearance. The TVS Apache RTR 160 Race Edition has claimed top speed of 110 kmph and it tips the weighing scale at 137 kilograms. It competes against the likes of Bajaj Pulsar NS 160, Honda CB Hornet 160R, Yamaha FZ and Suzuki Gixxer.