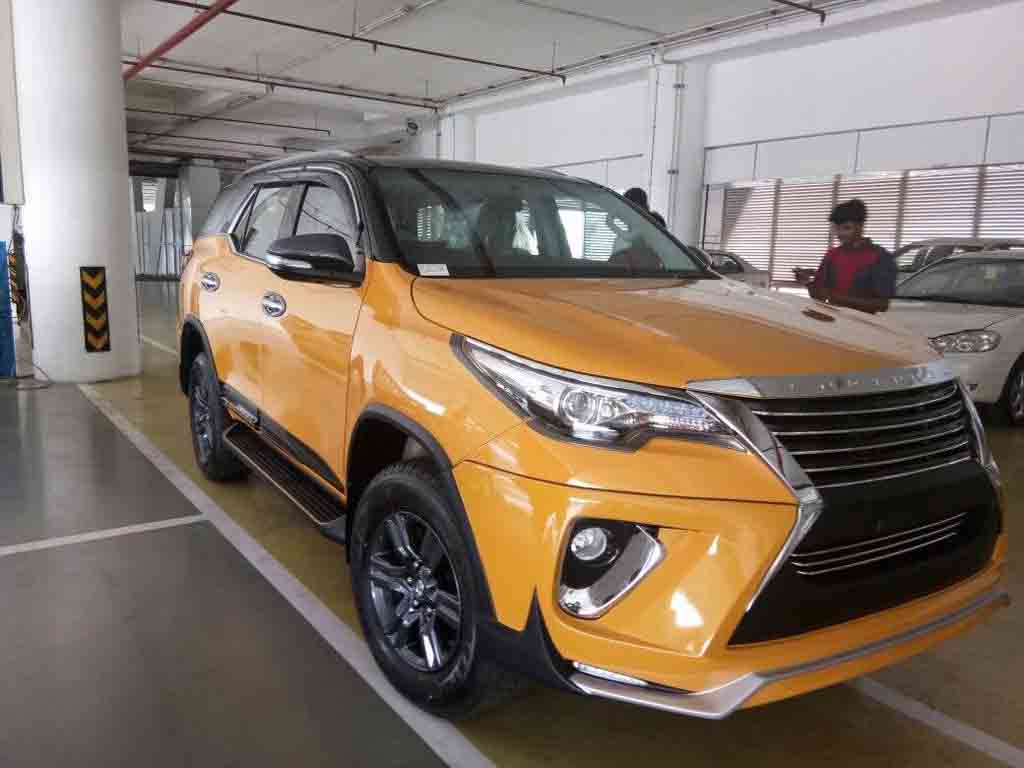 Toyota launched the Nippon body kit in India in January 2017; it costs around Rs. 2 lakh over the regular model

Toyota introduced the Nippon body kit for its cars in India in January this year. Remember we reported about a white painted customised Toyota Fortuner sporting Nippon body kit? This time we found another one with yellow exterior colour and plenty of chrome garnishing and the particular Fortuner is based out of Kerala. 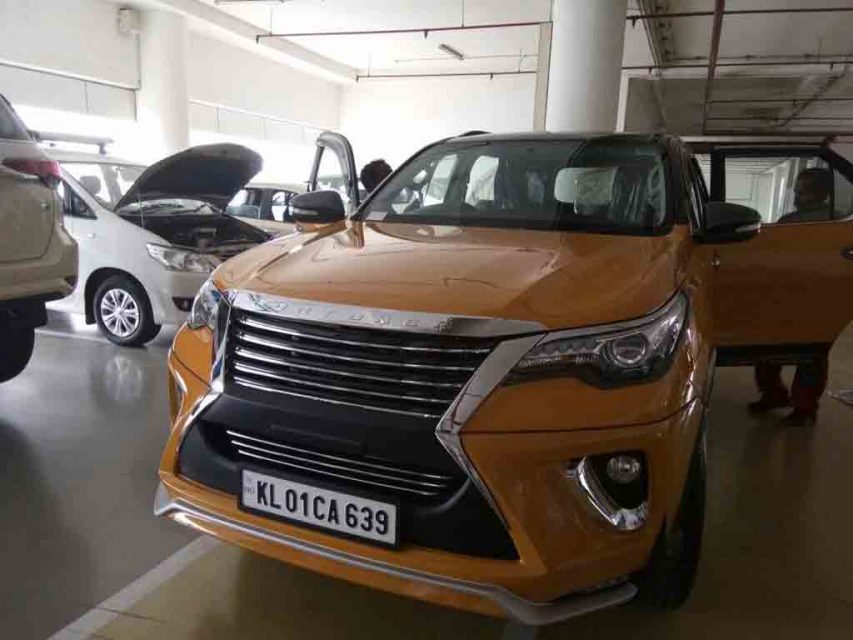 The front bumper receives black elements and a front splitter as well enhancing the sportiness of the SUV. At the side profile, this customised Fortuner gets a dual tone exterior paint with the lower part painted in yellow and upper part wearing black theme. The ORVM caps get black treatment and the wheelarches receive sleek black cladding. Also, a thick black side skirt is visible along with footboard painted in black. The chrome finished door handles come with blackened out surrounding.

Rear profile also receives several updates thanks to the Nippon kit. It gets a sleek roof spoiler with high mounted stop lamp at the centre, sleek chrome trim right below the rear windshield, chrome bar between the taillights with black detailing and a V shaped chrome trim highlighting the registration enclosure. There is a metal door sill visible along with a black insert in the rear bumper. 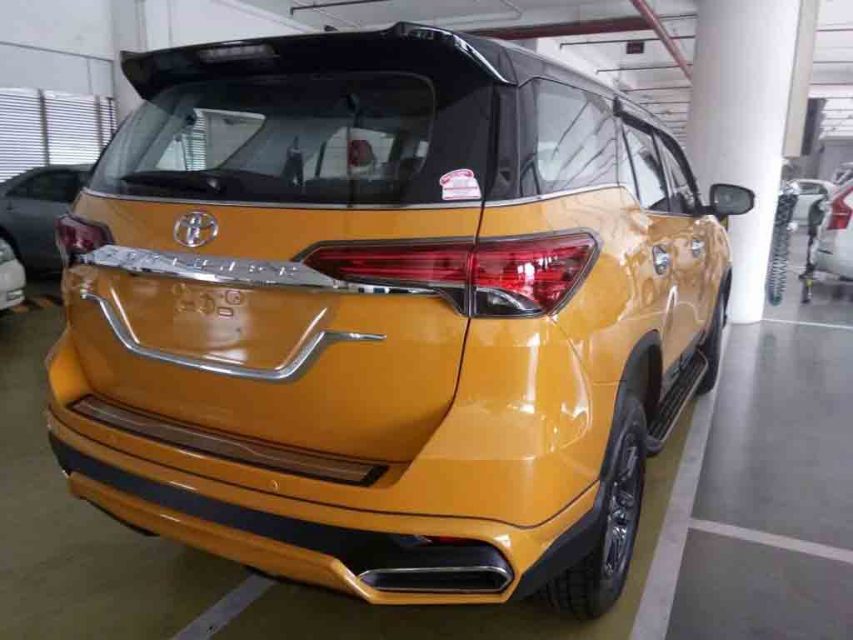 Several updates have been introduced to the interior of this SUV as well. On the powertrain front, standard Toyota Fortuner is available in both petrol and diesel engine options. The petrol model is powered by an Innova Crysta derived 2.7-litre dual VVTi engine capable of pumping out 166 bhp of peak power at 5,200 rpm and 245 Nm of peak torque at 4,000 rpm.

The diesel model draws energy from a 2.8-litre engine that is capable of churning out 174 bhp of peak power at 3,400 rpm and 450 Nm of peak torque between 1,600 rpm and 2,400 rpm. Transmission options for the car include a 6-speed manual gearbox and a 6-speed automatic gearbox with paddle shifter.