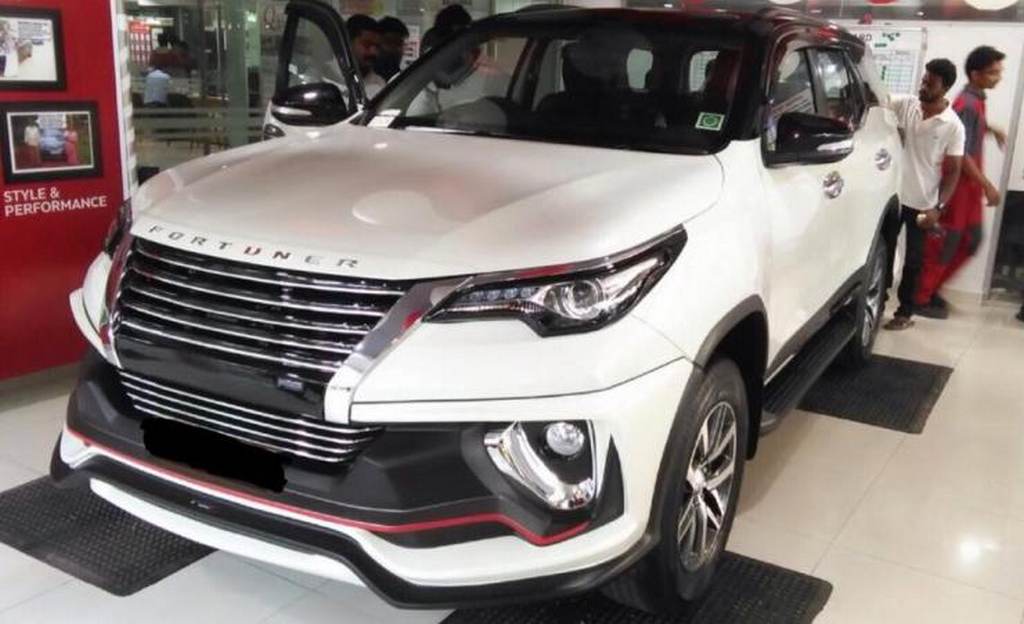 Toyota Fortuner with Nippon Body Kit is sold at an extra cost of Rs. 2 lakh over the standard model by Nippon dealership

Not so long ago, we led you through the exclusive pictures of a Toyota Fortuner limousine that was created by India’s famous design house, DC Design in Guwahati. It was basically a stretched previous generation Fortuner that made use of the additional wheelbase to incorporate more comfort and entertainment features.

But this time around the recently launched, new generation Fortuner has been put through intense aftermarket embellishments that garnered an in-the-face rugged stance to the premium SUV. The modifications have been performed by Nippon Toyota dealership in Kochi and will ask for an additional Rs. 2 lakh over the regular Fortuner. The modded Fortuner is available in its showroom for display. 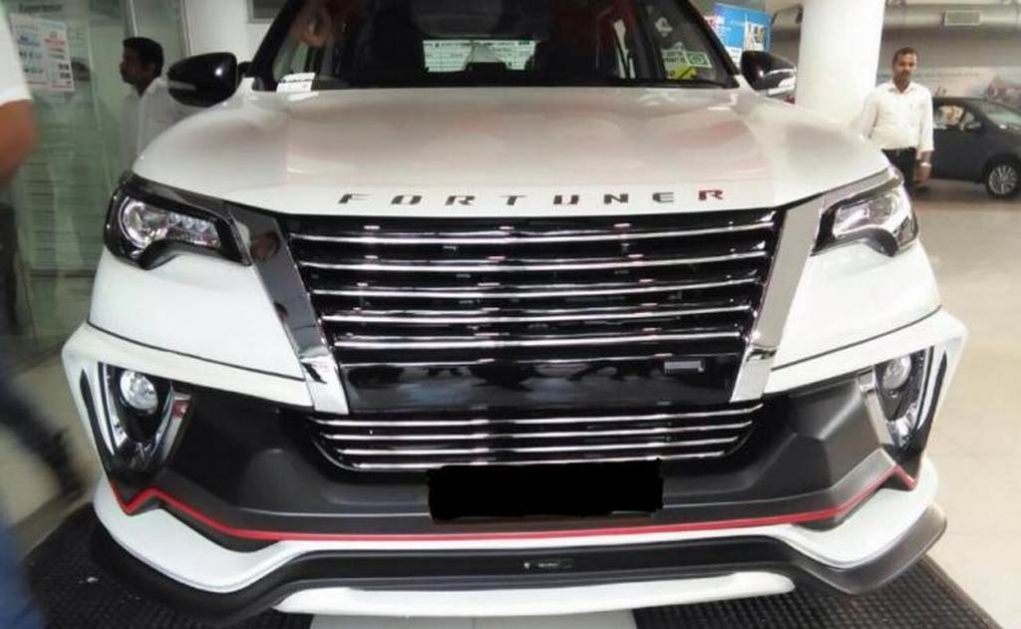 In order to justify the price, the custom-built Fortuner comes adorned with a special Nippon body kit with styling elements that do differentiate it substantially from the stock model. On the outside, it gets customised chrome front grille with five slats making it look even larger now, black surrounds on the slimmer LED headlamps, a red line running across the lower part of the bumper and an aggressive front bumper kit with chrome air inlets.

Bringing a dual-tone black and white colour is the blackened out pillars, wing mirrors and integrated spoiler. Out the back, the customised Fortuner receives black treatment on the tail light border, fake dual exhausts each side and red accents on the busy bumper. No pictures of the interior are available but expect a black and white colour combination with possible red accents. 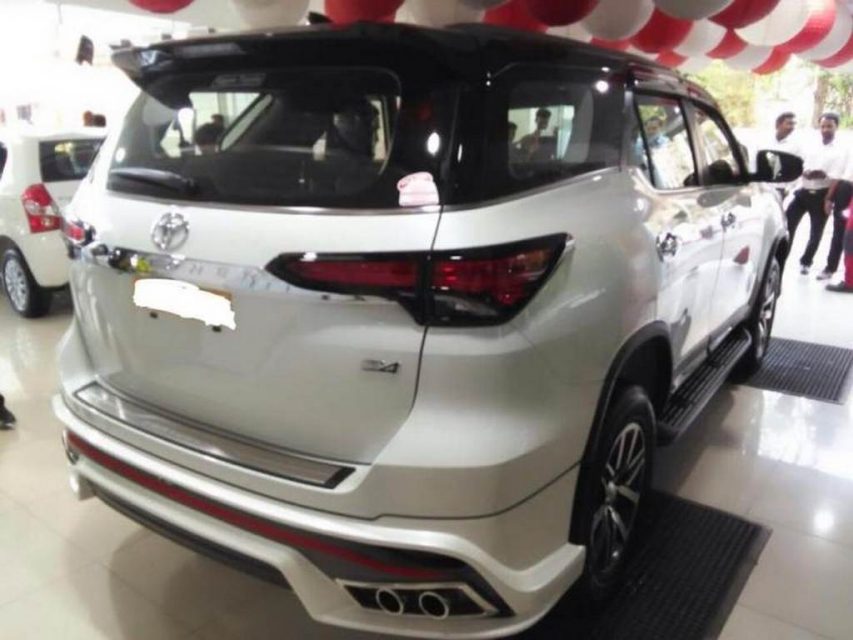 Whether this modified Fortuner is mechanically altered or not remains a mystery as well. On standard basis, the 2.8-litre diesel mill has the capacity to churn out 177 PS of power at 3,400 rpm and 450 Nm of torque between 1,600 and 2,400 rpm whereas the manual versions will have 30 Nm less torque with the same power output. A six-speed automatic gearbox with paddle shifters is employed in the top-spec models while a six-speed manual is offered as standard.

Both 2WD and 4WD options are sold in diesel variants. The Innova Crysta derived 2.7-litre four-cylinder Dual VVTi petrol develops 166 bhp at 5,200 rpm of maximum power and 245 Nm of peak torque at 4,000 rpm. Sold only in two-wheel drive spec, the engine is paired to a five-speed manual or six-speed automatic with paddle shift transmission.
Source: Motoroids