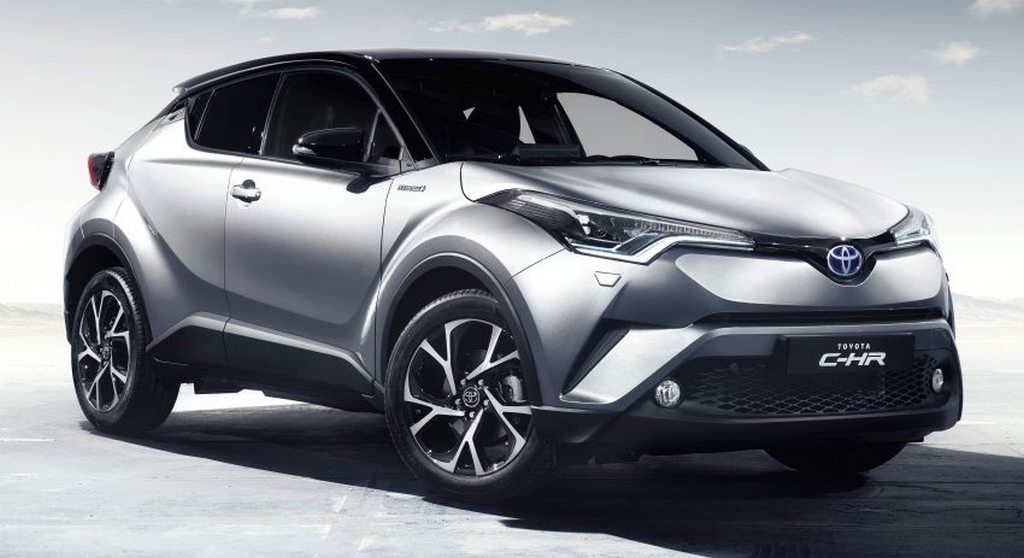 Toyota took the opportunity at the Paris Motor Show to lift covers off the truly global CH-R crossover in front of a huge crowd gathering. Elaborates to Coupe High-Rider, the sort-of-a crossbreed vehicle rivals against the likes of Nissan Juke, Honda HR-V and Mazda CX-3 in the highly competitive crossover segment in international markets.

But according to a recent report, it will be launched in India by mid-2018 and is expected to rival compact SUVs priced around Rs. 15 lakh. The Toyota CH-R stands true to its concept revealed at the same Paris show two years before and shows striking resemblance. Underneath the body, the Japanese manufacturer has opted to utilise the TNGA (Toyota New Global Architecture) platform and it will bear different iterations pertaining to what particular markets demand.

The top-of-the-line variant features a 2.0-litre petrol four-cylinder motor developing 142 horsepower and comes paired with a CVT automatic transmission. But this version is restricted to hand-picked markets. In European countries, the CH-R receives a 1.8-litre four-cylinder engine making 120 hp. The range-topper will be linked with an electric motor for combined mileage of 78.5 mpg (33.37 kmpl) while emitting 82 g/km of CO2.

Additionally, the 1.2-litre turbocharged petrol, already found under the bonnet of Prius hybrid, puts out a maximum power of 114 hp and 185 Nm of peak torque. The motor will be coupled with either a six-speed manual or a CVT automatic. Power will be sent to the front wheels in standard avatars while an all-wheel drive system will be employed in the high-end models. The exterior design language reflects the current styling procedures the brand has been following with an attractive front end and flowing bodylines making it a sleeker looking crossover. It does bring up the Lexus NX in mind when the entire silhouette is viewed at an instant. The Toyota CH-R measures 4,360 mm in length, 1,795 mm in width and 1,550 mm in height while having a wheelbase of 2,640 mm.

The customers will be greeted with an eight-inch touchscreen infotainment with Touch 2 multimedia system on the inside. The premium quality is enhanced by piano black and satin silver trim on several elements with a unique dashboard design enhancing driver visibility. Toyota is offering raft of safety features as standard in the C-HR including Lane Departure Alert, Automatic High Beam, Adaptive Cruise Control, Pre-Collision System with pedestrian warning and Road Sign Assist but some could be restricted for India. The sporty crossover is expected to emphasise the performance traits of the compact SUV space. It has already received tremendous appreciation in foreign markets for its futuristic design and nimble handling.