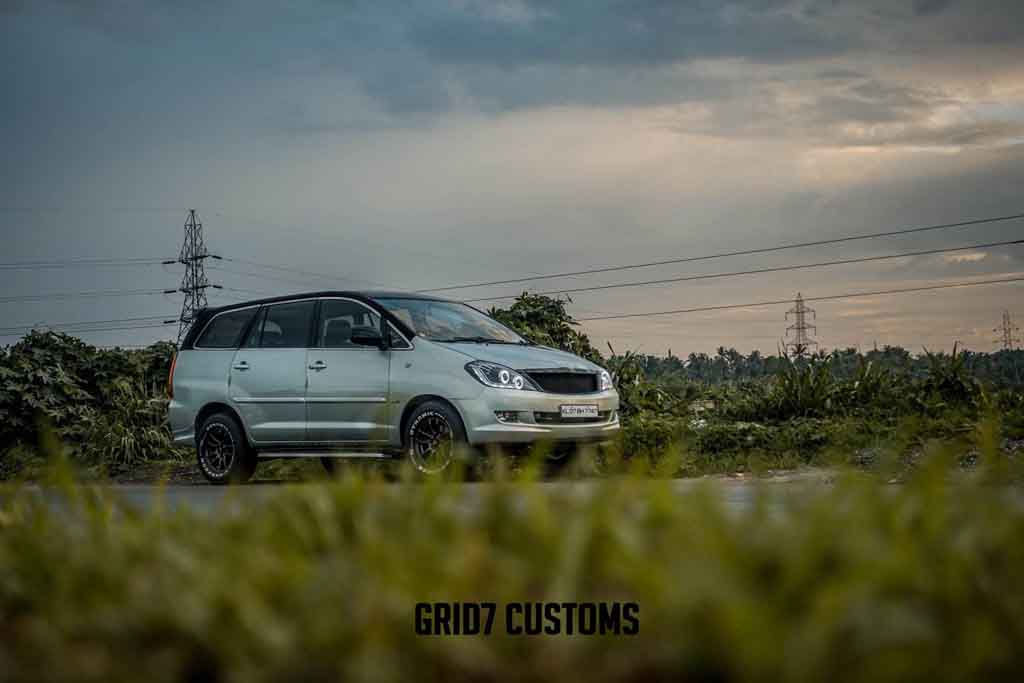 The custom Toyota Innova here belongs to old generation and it has been modified with dual-tone paint scheme, LED lights and sporty wheels

Here Grid7 Customs has done a nice job by modifying an old Innova with new design elements. This customised MPV gets a dual-tone paint scheme that grabs attention at the very first place. Apart from that, it also gets dual projector headlamps with integrated LED daytime running lights as well. 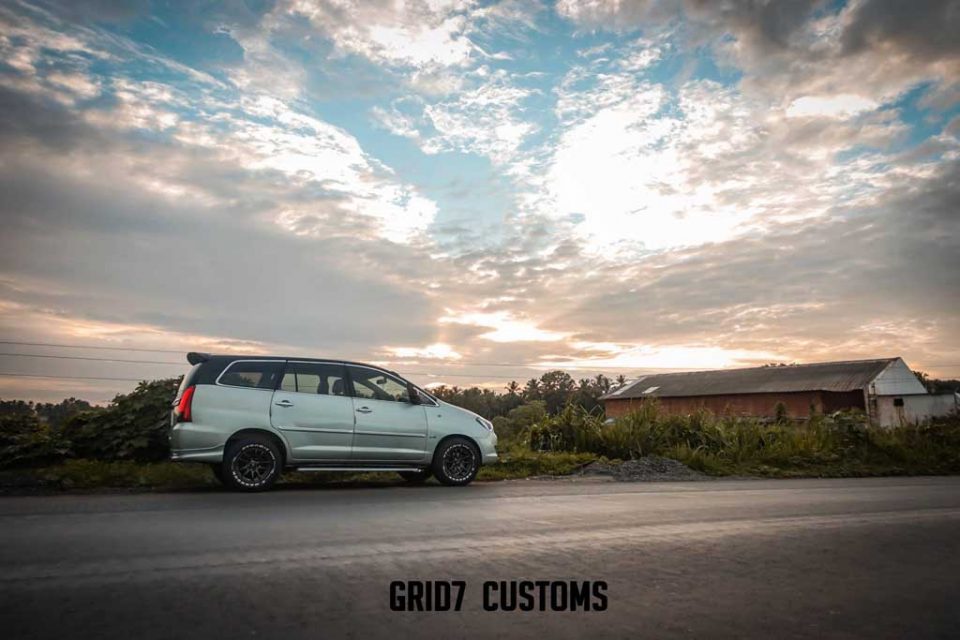 The front bumper too looks revised and at the side profile, it sports plenty of chrome trim at the glass area, a revised quarter window and new sporty black wheels. The rear too has received several changes like LED taillights, a roof spoiler, chrome trim between the taillights. Overall, with the changes and new colour scheme, the modified Toyota Innova looks very attractive indeed.

Not only at exterior, but inside the cabin too, this customised Toyota Innova has received several updates. It gets a touchscreen infotainment system that makes the cabin pretty upmarket along with the new sporty looking leather seats, front seat centre armrest, dual-tone finish, updated upholstery. 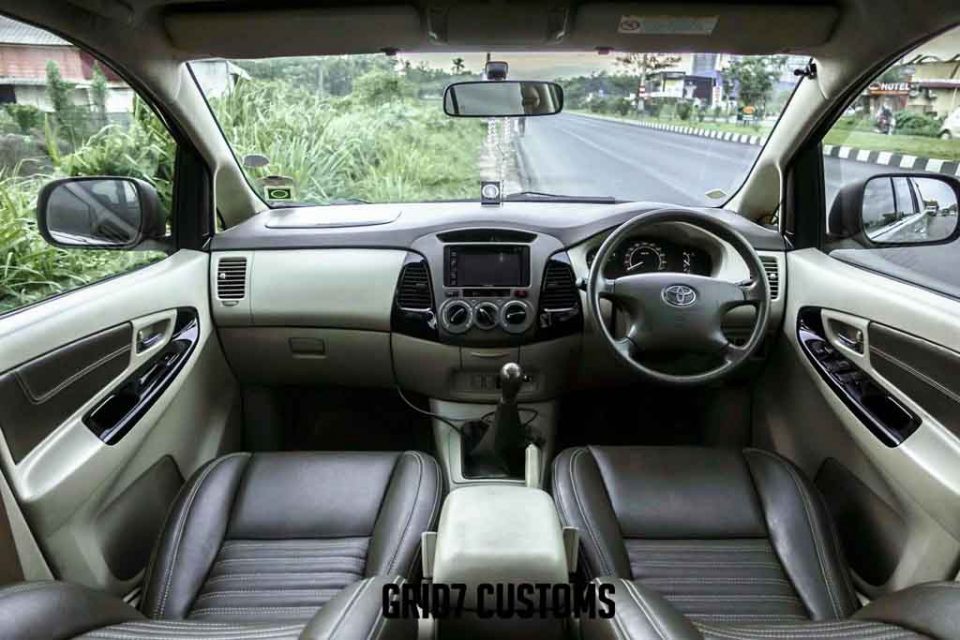 Despite these changes at exterior and inside the cabin, the engine is expected to be the same as the stock model. The current Toyota Innova Crysta is available in both petrol and diesel engine options. The petrol model draws energy from a 2.7-litre engine under the hood, while the diesel models come with a 2.4-litre GD unit and a 2.8-litre GD motor is on offer as well. On the transmission front, Toyota Innova Crysta is available with both manual and automatic gearbox options.