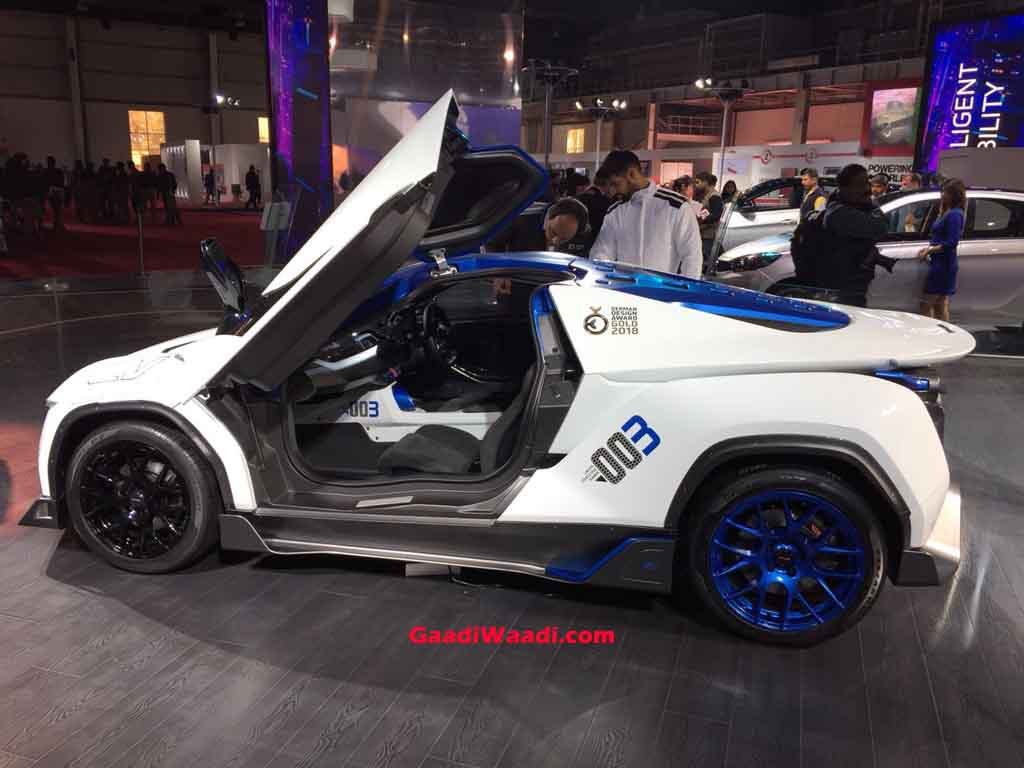 Tata Tamo Racemo is a nimble sports coupe powered by 190 PS 1.2L Revotron turbo petrol engine; claimed to do 0-100 kmph in under 6 seconds

Tata Motors officially announced its new sub-brand called TAMO last year. Abbreviates to Tata Motors, it will be of immense help in developing new business models and technologies for the betterment of seamless future mobility solutions called as ‘FutuReady’ and nurture a sustainable advanced ecosystem for the brand in India as well as abroad.

The bottom line is it will act as an open network for international startups and leading technology firms and render them the opportunity to design realistic future products and services and submit them to wider customer base in the automotive field through a digital ecosystem. 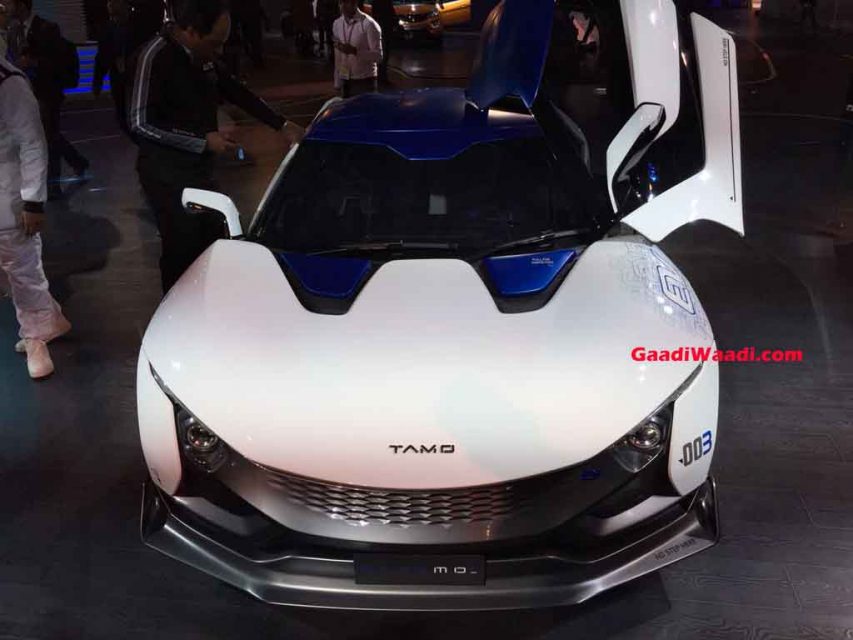 This was TAMO’s idea in a broader sense but to just simplify it for readers’ understanding, the TAMO sub-brand is a complete new phase for the home-grown manufacturer that seeks to bring a new character in the premium segments it hasn’t approached yet. That is, beyond the brand perception of Tata Motors as an affordable volume segment player.

The 87th running of Geneva International Motor Show witnessed the global premiere of the first ever product from TAMO and tastefully it was a sports coupe. The two-seater, mid-engined, TAMO sportscar known as RaceMo started making news even while hiding underneath the red curtain. 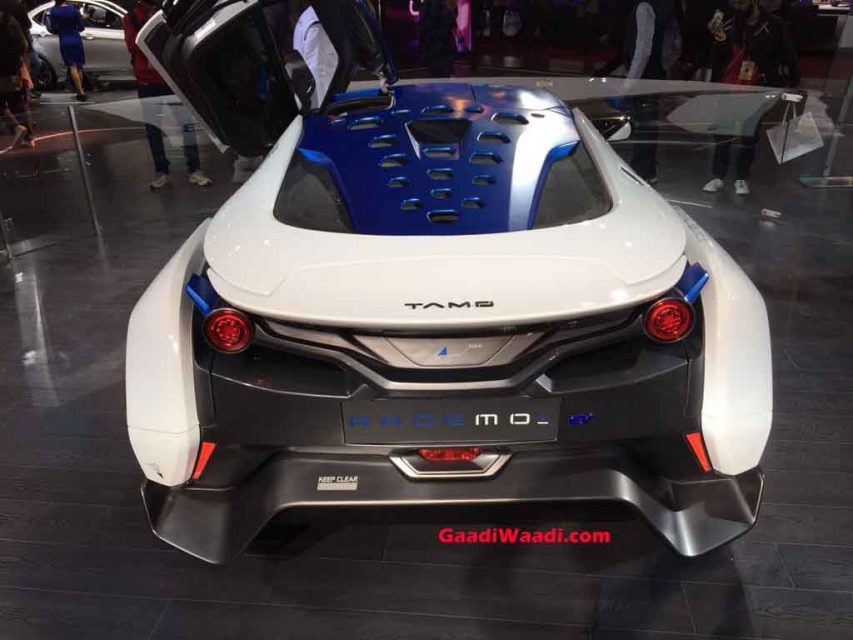 It has now made its India debut at the ongoing 2018 Auto Expo. Designed at the Tata Motors Design Studio in Turin, Italy the RACEMO has received the German Design Award (GDA) in the Gold category for International Excellence in “Exceptional Product Design”. The award is determined during a two-day jury session, comprising of design experts from various disciplines. Since its inception in 2012, the German Design Award has grown rapidly and it saw more than 5,000 entries this year.

While being a two-seat sportscar, RaceMo manages to retain Tata’s Impact philosophy based elements like Humanity Line, Slingshot Line and Diamond DLO for instant recognition. Guenter Butschek, CEO & MD, Tata Motors, lauded that the award is a result of the perfect blend between Italian sensuality and Indian ingenuity. The ‘phygital’ car merging the physical and digital worlds as Tata calls, the RaceMo is also the first connected car powered by Microsoft. It is also the first Indian sports car available on Microsoft’s gaming platform Forza with over 2.2 million users experiencing its design. 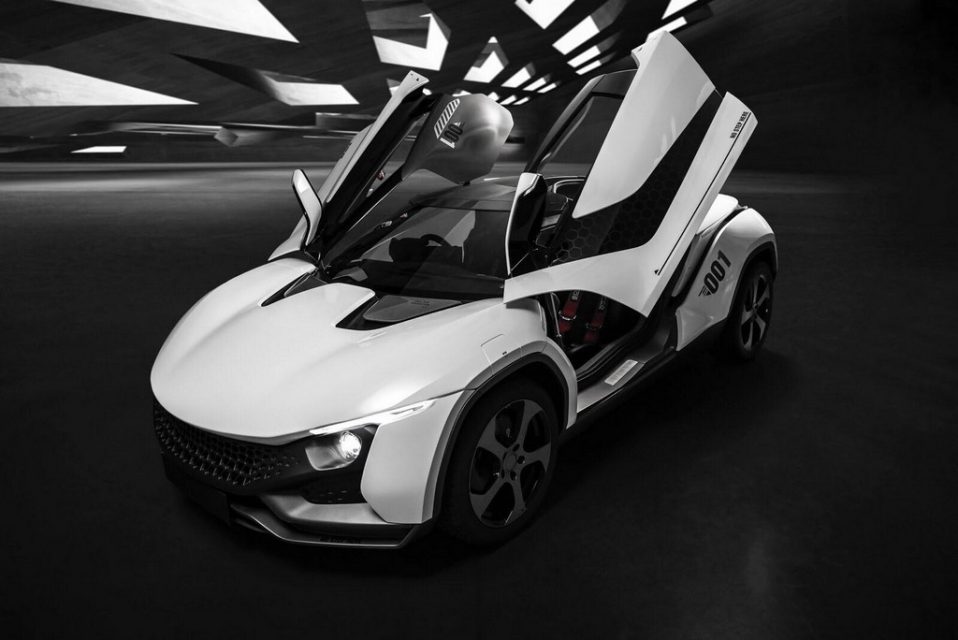 The production version of the sportscar was initially expected to hit the domestic market by second half of 2018 and will likely be priced at around Rs. 25 lakh but it seems to have been postponed as Tata targets volume segments. Marcello Gandini, the Italian designer who’s responsible for Lamborghini Countach, was said to have overseen the chassis construction.

The other products in the TAMO range could go by these nomenclatures as Tata applied trademark rights for TaMo Extreme, TaMo Air, Tata TaMo Go, Tata TaMo Flex and TaMo Store. To underline the exclusivity, the RaceMo will likely be limited to just 250 units and is said to have design influence taken from Opel Roadster, Saturn Sky and Pontiac Solstice. 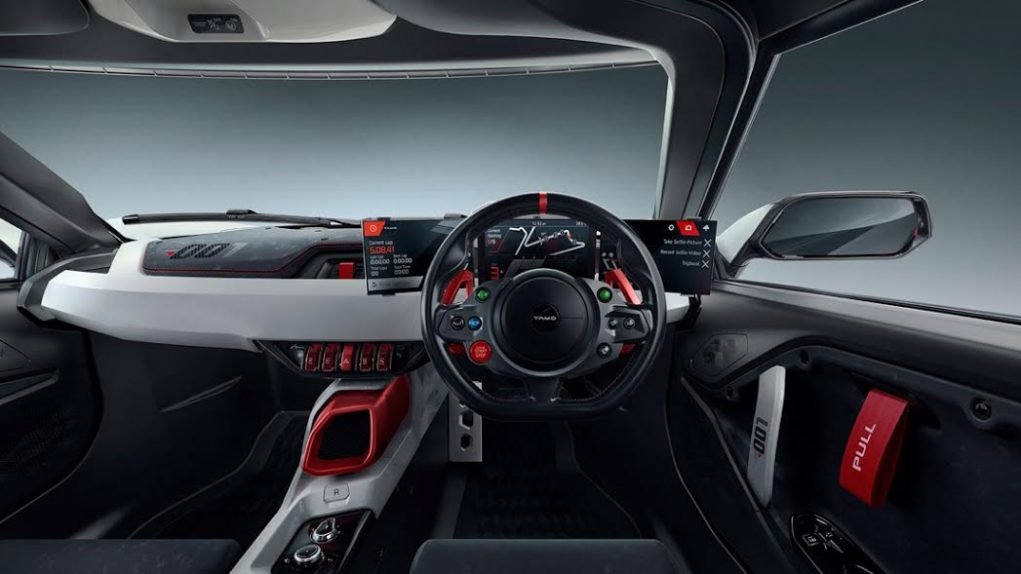 The sharp pointed nose, raked windscreen and sloped roofline made us wonder about a possible Lotus Elise-like nimble sportscar and we were right. Is is a hard-top taking power source from a 1.2-litre Revotron petrol engine found under the Bolt and Zest. But it tuned for higher performance and turbocharged to pump out a maximum power output of 190 PS at 6,500 rpm and 210 Nm of peak torque at 2,500 rpm.

The Racemo sportscar is built on a new lightweight MO-Flex platform using MMS (Multi-Material Sandwich) structure technology enabling greater freedom in surface design, efficient large-scale part integration leading to modularity and faster time to market. It will have significant bring down the kerb weight under 800 kilos to aid sporty handling and balance out the mass distribution alongside an aggressive power-to-weight ratio. The suspension settings should be tuned for stiffer ride as well as with less body roll and a light responsive steering. 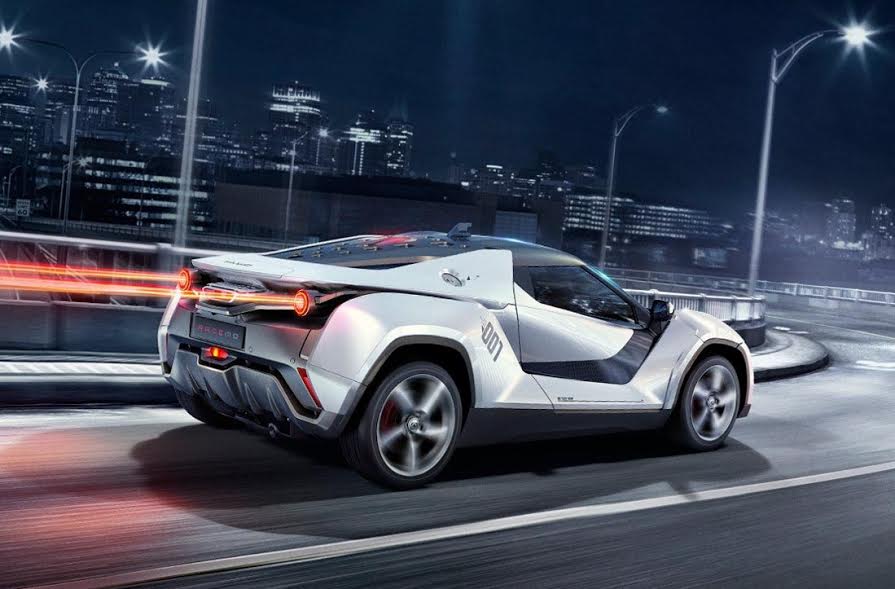 All these technologies enable the RaceMo to sprint from zero to 100 kmph in under six seconds excitingly. Tata is no stranger to sportscars, even before the buyout of JLR, as at the beginning of new millennium two Aria concepts saw the light in Geneva but none of them met the production lines.