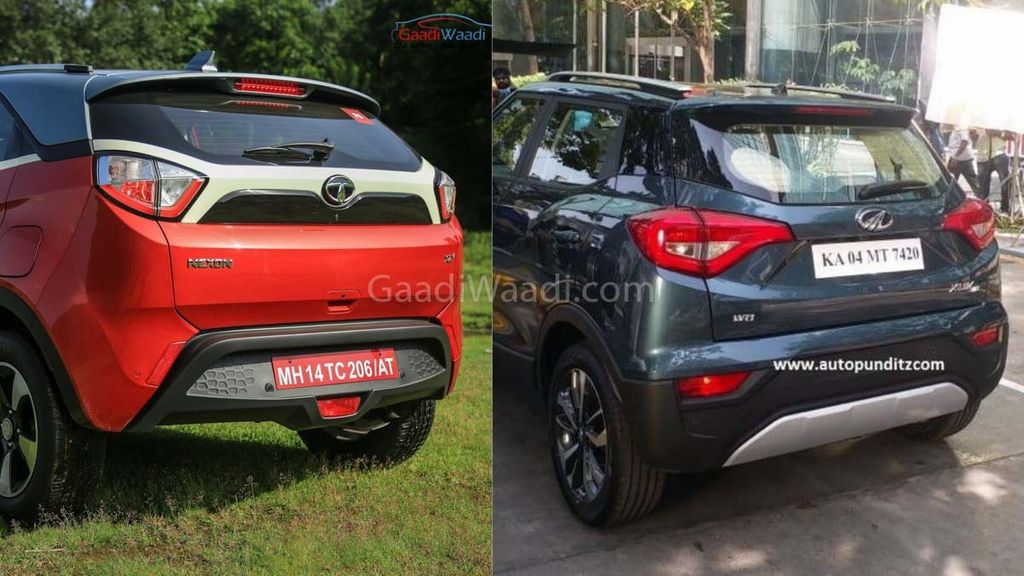 Tata Nexon is now second best selling product in the segment after Vitara Brezza, this is how it compares with the upcoming Mahindra XUV300 Compact SUV

Mahindra XUV 300 has become one of the most-awaited SUVs in the market. Mahindra unveiled the SUV through pictures a few days back and during an advertisement shoot of the upcoming SUV, the pictures were leaked, completely revealing how it looks in real life. The Mahindra XUV 300 would be launched soon in the market and here it is how it will compare with the Tata Nexon, the second-best selling vehicle in the segment after the Maruti Suzuki Vitara Brezza.

Nexon has received a mixed bag reaction from the market on the way it looks. Tata has done a great job in designing the Nexon close to the concept that was showcased at the Auto Expo but still, there are many who are not very fond of the design of the Nexon. The Tata Nexon is designed in the IMPACT philosophy.

It gets a humanity line in the front, which forms the grille and gives a smiling face to the SUV. There are large headlamps on either side with LED DRLs. The Nexon gets distinctive DRLs that give a unique identity to the vehicle. The Nexon also gets a contrasting colour belt that goes around the car and makes it look very smart.

The Nexon’s rear gets the contrasting belt too and the tail lamps are smartly integrated to it. The Nexon is offered with dual-tone machined alloy wheels that add to the stance of the vehicle and it is the only car in the segment that gets three-tone body colour and it stands out in the crowd.

Well, the Mahindra XUV300 is no different when it comes to standing out in the crowd. The compact SUV gets an elaborative design, which matches the elder sibling – XUV 500. There is a chrome dipped grille in the front enclosed by huge headlamps. The XUV300 gets a detailed DRL design, which ensures that it can be recognized on the road without much of an effort.

The XUV300 looks very fresh on the road as it gets body cladding all around, which adds to the rugged look of the vehicle. Also, Mahindra has given a distinctive kink on the window line of the XUV300 making it look very modern. The car gets gloss black C-Pillar and blacked out A and B Pillars that give it a floating roof effect.

Mahindra would not offer a dual-tone paint scheme on the XUV300 but it sure looks very intimidating on the road. The XUV 300 also gets 17-inch machined alloys, which further adds to the looks. The Mahindra XUV 300 surely has more road presence than the Tata Nexon. It looks much bigger and more attractive.

The interiors of XUV300 looks very premium and give a plush feel. It gets the dual-tone finish on the inside with premium fabrics. The Mahindra XUV 300 gets a touchscreen infotainments system in the middle with a number of buttons positioned below it to control the system. 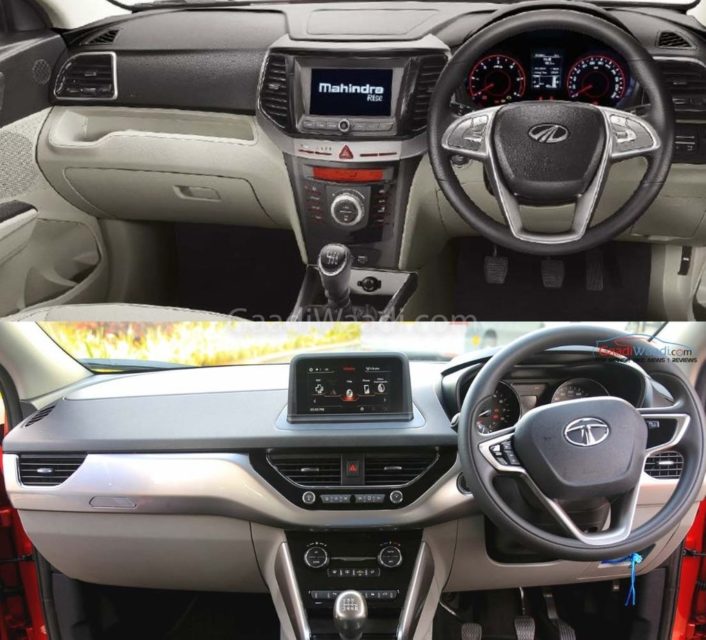 The Mahindra XUV also gets a long list of features than the Nexon and many of them are available for the first time in the segment. The XUV300 gets a 7-airbag system, bigger cabin space, dual-zone climate control system among others. It will also offer a sunroof.

While even Tata offers a sunroof, it is only available as a dealer accessory. The Nexon’s dashboard looks clutter-free and gets an all-black layout. The floating type infotainment screen is one of the main highlights of the dashboard. Tata has added a few chrome highlights to the cabin giving it a very sporty look. Feature-wise, the Tata Nexon gets dual airbags, ABS+EBD, and a sophisticated 8-speaker system from Harman.

Both the vehicle get powered by petrol and diesel engine options. While engine specs of the Tata Nexon are known, Mahindra is yet to officially reveal the engine details of the XUV 300. The Tata Nexon gets turbocharged 1.2-litre petrol engine that generates a maximum of 108 Bhp and 170 Nm of peak torque.

Mahindra XUV300 gets a more powerful set of petrol and diesel engines but the specs are not officially revealed. The petrol variants would be powered by a 1.2-litre turbocharged engine while the diesel variants would get power from a 1.5-litre diesel engine that also powers the Mahindra Marazzo.