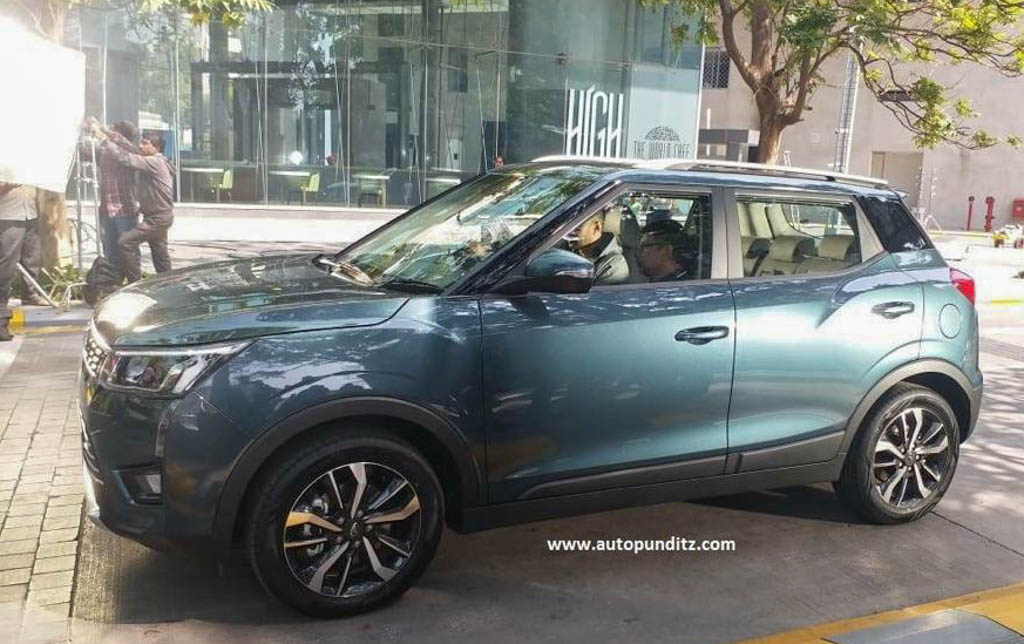 Hot on the heels of revealing the name of its brand new compact SUV as XUV300, Mahindra has now been spied shooting the TVC of the model ahead of its official market launch in February 2019. The undisguised pictures of the XUV300 do shed some light on its dimensions, as we reckon it could become the widest SUV in the segment bettering Tata Nexon with ground clearance of around 200 mm.

The Mahindra XUV300 is born on the same lineage as its bigger and successful brother, the XUV500. Although, Mahindra considered several design themes for the upcoming SUV, it decided to stick with a striking front fascia resembling the XUV500. The exterior has an edgy stance with sleek projector headlamps and LED Daytime Running Rights dripping down to connect with the fog lamp cluster. 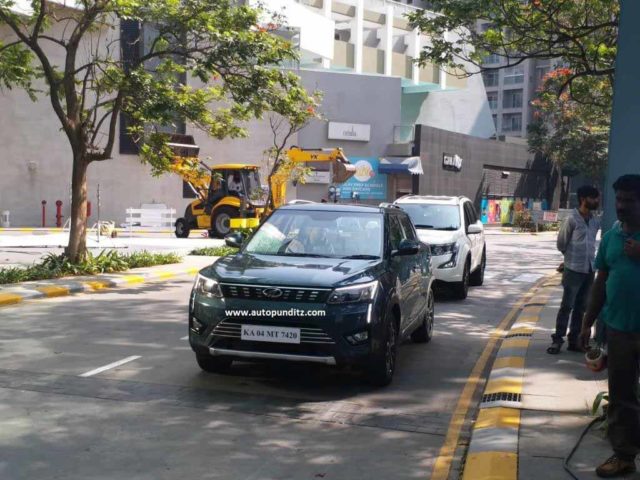 The rear profile is rather compact when compared to the front, as the LED tail lamps take influence from the Alturas G4. The XUV300 is the first monocoque sub-four-metre SUV from Mahindra and is based on the X100 platform as the SsangYong Tivoli which measures 4.2 metres long. The Mahindra XUV300 will likely derive power from a 1.5-litre D15 four-cylinder diesel engine debuted in the Marazzo with similar power and torque outputs.

Should it be the case, with 123 PS maximum power and 300 Nm torque, the Mahindra XUV300 will become the most powerful SUV in its segment – outperforming rivals by quite a margin. A 1.2-litre turbocharged petrol unit will also be on offer at the launch but both the powertrains will be linked to a six-speed manual transmission only. A six-speed AMT could join the lineup at a later time. 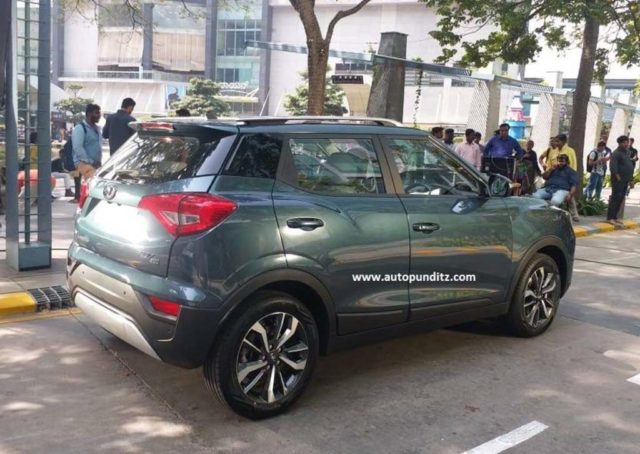 Mahindra is going all in with the XUV300 as it will take on popular rivals like Maruti Suzuki Vitara Brezza, Tata Nexon and Ford EcoSport. Wary of the threat from its competitors, Mahindra has packed the XUV300 with several first-in-class features like dual-zone auto AC, seven airbags in top-spec variants and disc brakes on each wheel alongside large touchscreen infotainment system, sunroof, reversing camera and so on.

It will also offer several standard safety equipment as prices are expected to start from Rs. 7 lakh and may go all the way up to Rs. 11 lakh (ex-showroom) as the XUV300 is being positioned as a premium product.