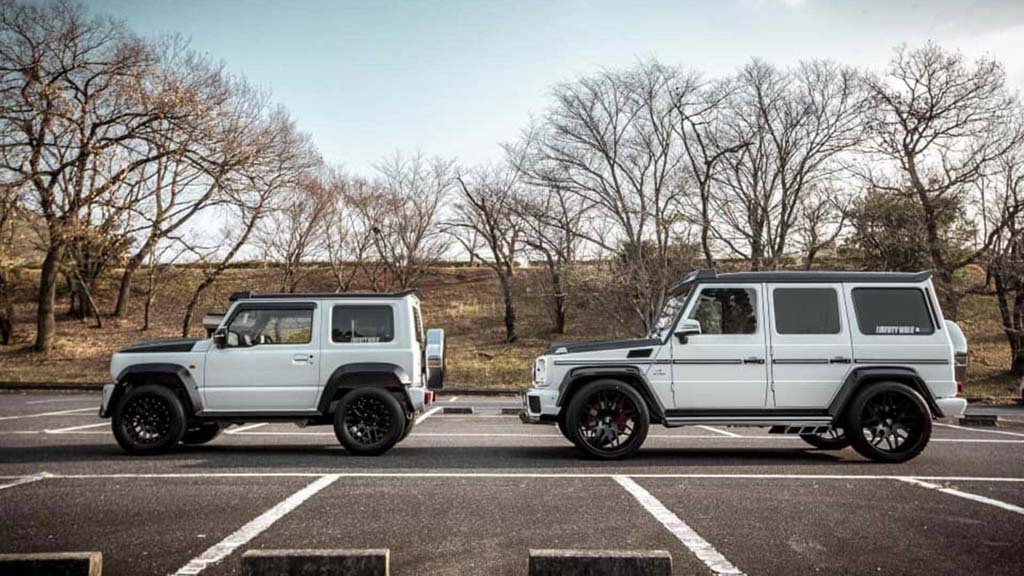 The Jimny small off-roader has been a huge success for Suzuki in its latest avatar after strolling around the global markets for well over two decades without any major update. With substantial changes inside and out, the much-revered Jimny rose to fame once again with never-before-seen demand in Japan as well as international markets.

It is not uncommon to see customising companies let their imaginations run wild on popular models with a good reputation. Their modded showpieces will attract buyers wanting to personalise their vehicles. In the case of Jimny, the rugged yet small SUV often has its design language pushed to the limits.

Liberty Walk, a highly recognised tuner not just in Japan but across the globe, has introduced the G Mini body kit for the Jimny at the ongoing 2019 Tokyo Auto Salon. The custom kit when weighed up against the original Mercedes-Benz G Wagon shows the immaculate attention to details. 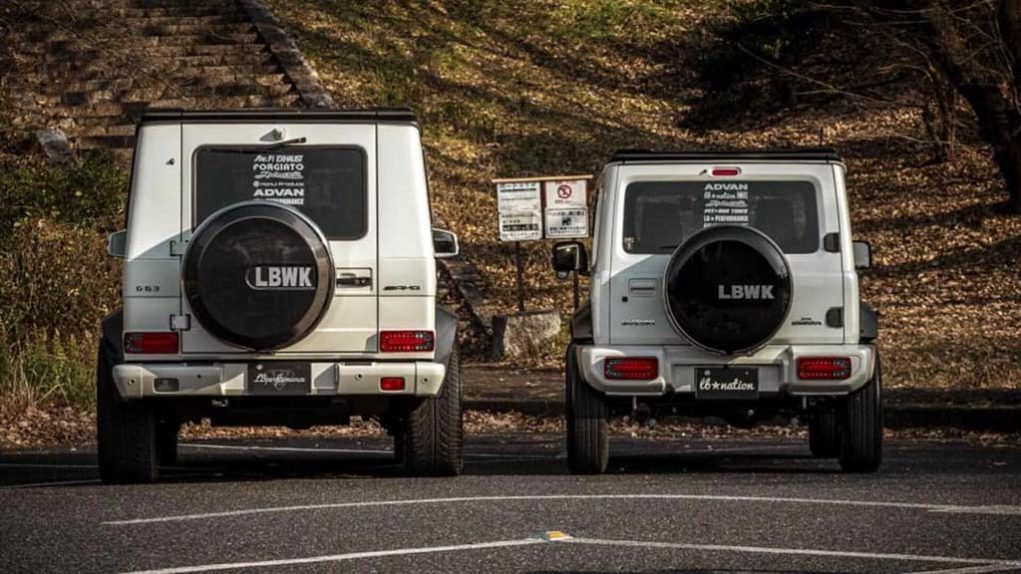 It makes you appreciate the amount of work put into creating the actual kit and graft it on to the compact 4×4. The pictures included here show the identical elements between the two vehicles, as they are posed alongside each other. The size difference between the customised Jimny and original G Wagon is obvious but not everything else.

The flared fenders similar to the G-Class, newly designed front grille with a large central opening, and rectangular lower air intake and fog lamp assembly are the important highlights of the G Mini body kit. The tail lamp cluster also looks the same as the G-Class besides the dual-tone paint scheme. 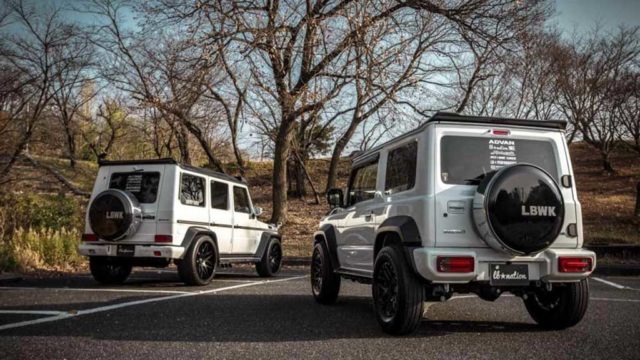 The bonnet and roof finish are identical too while the hood styling is noticeably different. The G Mini body kit, on display in Tokyo, is for the customers to buy and it one of the best-looking aftermarket mod jobs for the Jimny out there. We previously showed you Japan-based Damd’s creation with a couple of body kits.

The Little G and Little D have turned the Jimny into Mercedes G-Class and Land Rover Defender respectively while Black Bison Edition of Wald International inspired by the G-Wagon is as equally spectacular.