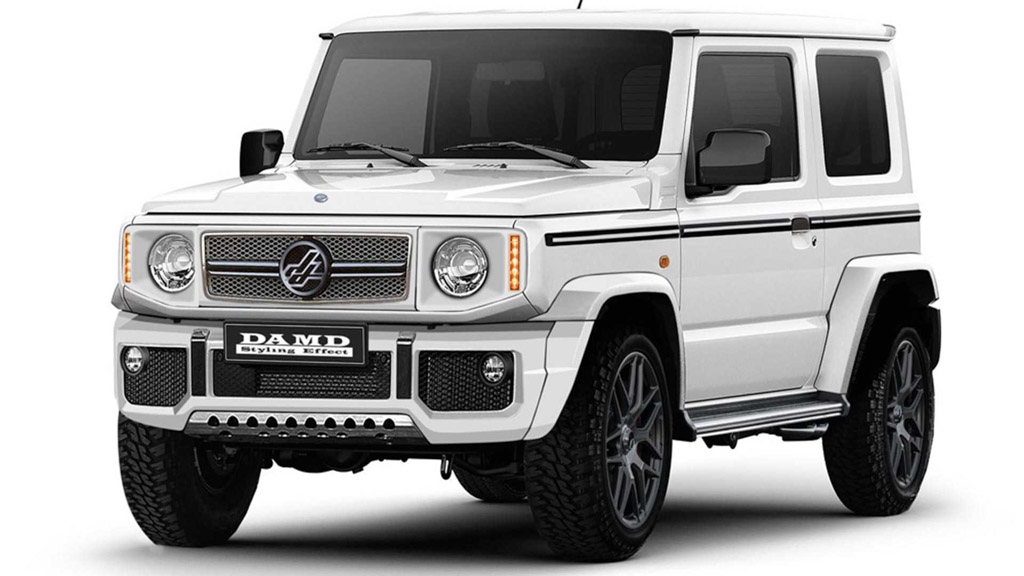 Suzuki Jimny small off-roader has been a rousing success in its latest generation as enthusiasts had to wait more than two decades to see a substantial makeover on the popular 4×4. Demand is on a high not just in Japan but also across the world including Europe where the Jimny has a cult reputation.

Quite commonly, tuning firms get their hands on trending vehicles and bring up their creation so that they can become an instant hit among potential buyers and we have seen the Jimny being pushed through its design limits in recent months. A Japanese custom-house called Damd has tried to transform the new Jimny into Mercedes-Benz G-Class and Land Rover Defender.

The body kits have far better visual presence than that of several other customisation units and they are called Little G and Little D. Going on sale next year, Damd has made modifications to turn the Jimny into the above mentioned icons. Mimicking the G-wagon and Defender in its overall design already was a good place to start with for Damd.

The Little G gets a brand new front grille with a dual mid-strip running across to define it a G-Class while the lower section of the bumper has squarish fog lamp housing and air inlet with a guard fitted underneath. The fenders are more pronounced and a black trim runs across the length. Another unique detail is the spare wheel cover resembling that of G-Wagon. 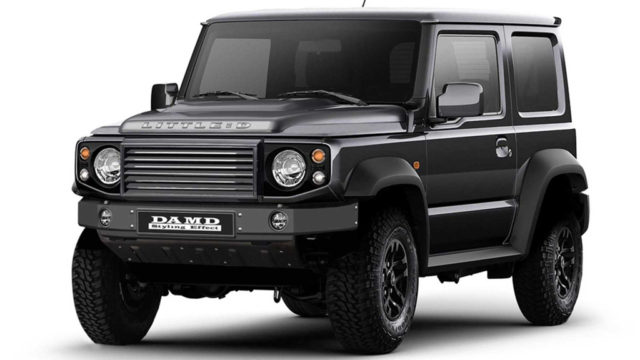 The Little D has its hood redesigned so as to look like the iconic Land Rover Defender while the grille and bumper sections have been thoroughly revised to replicate the big D. The rear end boasts reworked bumper as well as new mud flaps and the dark colour scheme all over the body will act as an instant hit.

No mechanical changes appear to have been made as the Little G and Little G use a 0.66-litre R06A turbo engine in Japan and in international arena gets powered by an all-new and more powerful 1.5-litre K15B engine that replaced the 1.3-litre unit with 100 PS maximum power at 6,000 rpm and 130 Nm peak torque delivered at 4,000 rpm. It is connected to a five-speed manual or a four-speed automatic. Damd has not revealed prices of its body kits yet!