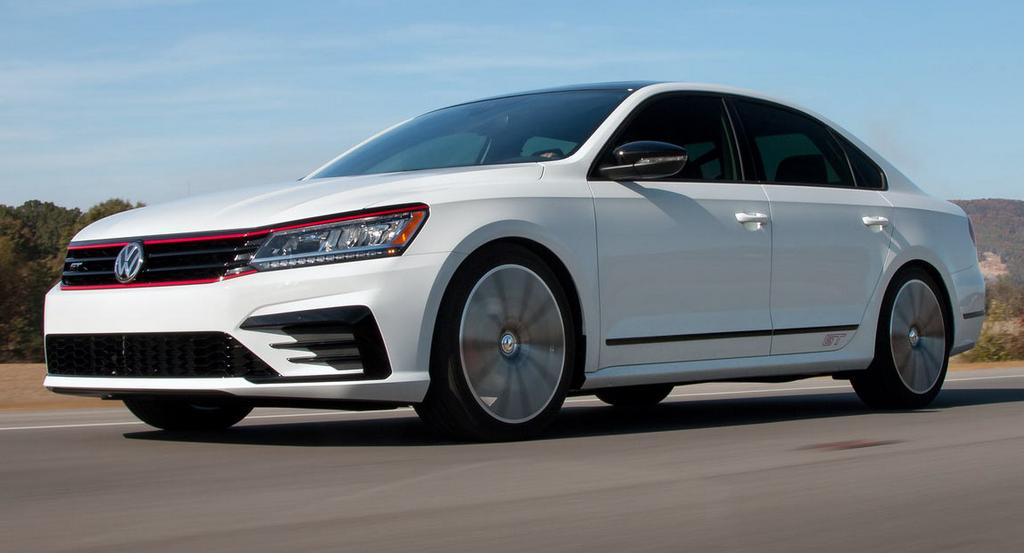 The Volkswagen Passat is known all over the world for its posh appearance and a sedan for the well-off. But the premium executive model has received sporty treatment courtesy of the modifications implemented to make it a GT concept.

The Passat GT will premiere at the Automobility LA this week which acts as a preview to the 2016 Los Angeles Auto Show. It is confirmed to give sneak-peek into a potential addition to its range for the US and Canada markets. The German car maker has decided to continue with the same powertrain for the Passat GT as it will have a 3.6-litre VR6 V6 engine under the bonnet. As no mechanical changes have been made, it will produce 280 horsepower as the regular Passat and will be coupled with a six-speed DSG dual-clutch automatic gearbox. Like in the range-topping models, the Passat GT will feature flappy shift paddles.

To make the GT unique, Volkswagen has brought in some styling upgrades such as 19-inch Tornado wheels covering the red-painted brake calipers and a dual trapezoidal exhaust system with new sporty muffler. The stance of the Passat GT is lowered as the ride height has been reduced by 0.6 inch. The cosmetic revisions it will have over the regular Passat are black window surrounds and roof, LED headlamps, smoked out tail-lamp section, neat boot spoiler, GTI-inspired red paint surrounding the headlamp cluster and the blackened honeycomb grille, etc.

Volkswagen touted that the Passat GT concept will preview how the new fleet for North America will look like while meeting needs and desires of the customers. The pictures do reveal the production-eager of the concept which means it could be soon added up to the lineup following its debut.