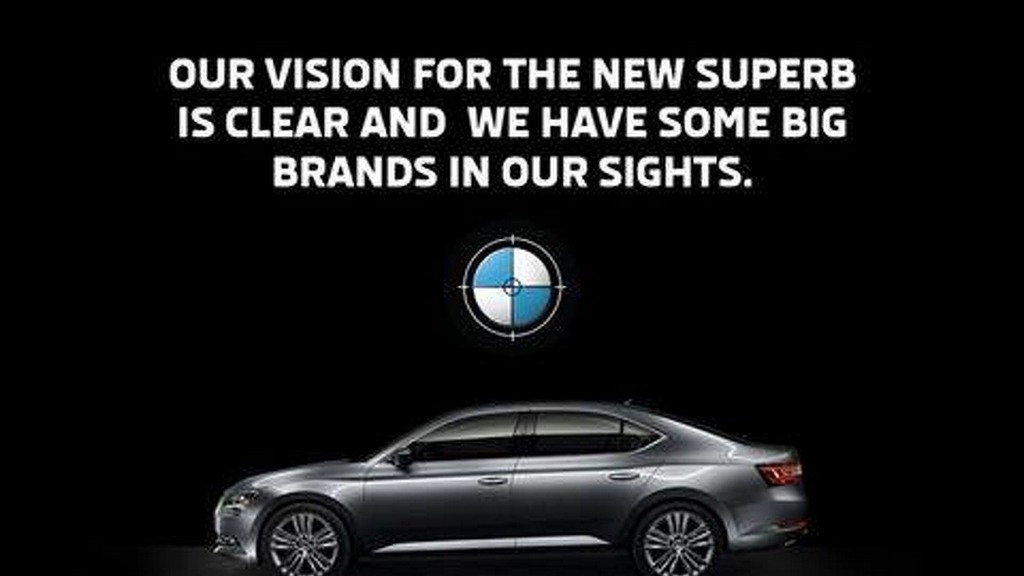 A Skoda dealer in Ireland has gone about selling the Superb flagship sedan by taking a different route. It’s rather unthinkable but the dealership has confidence in itself in what it’s been trying to do for convincing buyers. The Pilsen Auto has invited prospective Superb customers to stack the Czech model against the BMW 5 Series.

The dealer provides a BMW 5 Series for test drive and believes the Superb has what it takes to match the much rampant rival. The Skoda Superb is the Czech Republican company’s biggest car available in the market today but pitting it against the BMW 5 Series is rather a bold manoeuvre. It is clearly evident that if the dealer can convince the buyers, the chances of its selling figures to rise could become higher. The main factors are that it is much cheaper than the Bavarian luxury sedan and it offers one of the alluring external appearances as well in its segment. The mainstream Superb model has a base price of €26,995 (Rs. 20.48 lakh) in Ireland while the BMW 5 Series competing in the premium space starts from €45,200 (Rs. 34.29 lakh).

As you can see the price difference between the two cars are huge and the dealership is quite convinced that the Superb has all it takes to be a 5 Series beater. Skoda is trying to prove that it’s a cheaper alternative and the best compromise than Volkswagen Passat and can be a better proposition for customers seeking as good features, equipment, driveability and comfortness as in the luxury segments.

The mid-size premium sedan is well equipped on the outside with M-duds and dimensions compared with the 5 Series are rather identical. It is slightly wider than the 5er but the BMW wins in length and wheelbase wise. However, the 150 PS diesel motor in the automatic variants of the Superb can accelerate from standstill to 100 kmph quicker than the Beamer due to its lower kerb weight.

The third generation model has hit the Indian market at a starting price of Rs.22.68 lakh for the base variant and Rs. 29.36 lakh for the top-of-the-line model in late February 2016. Would you like to compare both and if convinced pick the Superb instead?