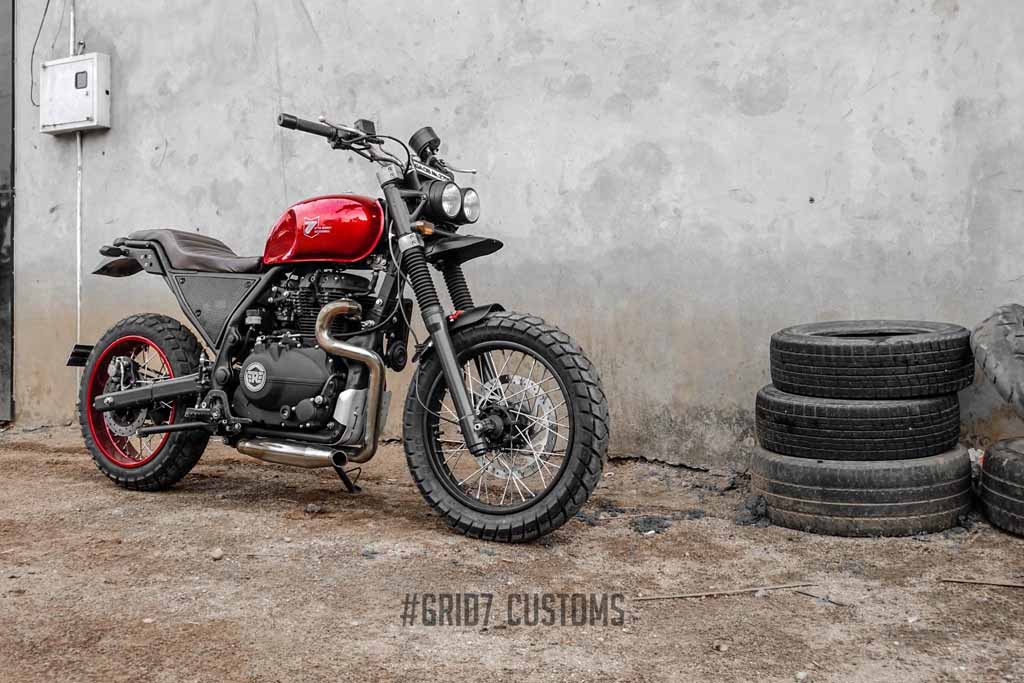 In recent times we reported about a number of exciting customised Royal Enfield models, but most of them were based on the Classic and Thunderbird models. Flagship model of the Chennai-based company, the Continental GT too has received customisation in many cases, but the Himalayan is the least modified motorcycle from the brand. Here we have a customised Himalayan that has been modified by Thrissur-based Grid7 Customs and it looks aggressively awesome.

The stock motorcycle has received mod-jobs from nose to toe. Up front, twin round shaped headlamps not only provide better illumination, but increase the boldness of the motorcycle as well. It gets a secondary raked front mudguard, flat and high-positioned custom handlebar and the single-pod instrument cluster is also repositioned to the left side. 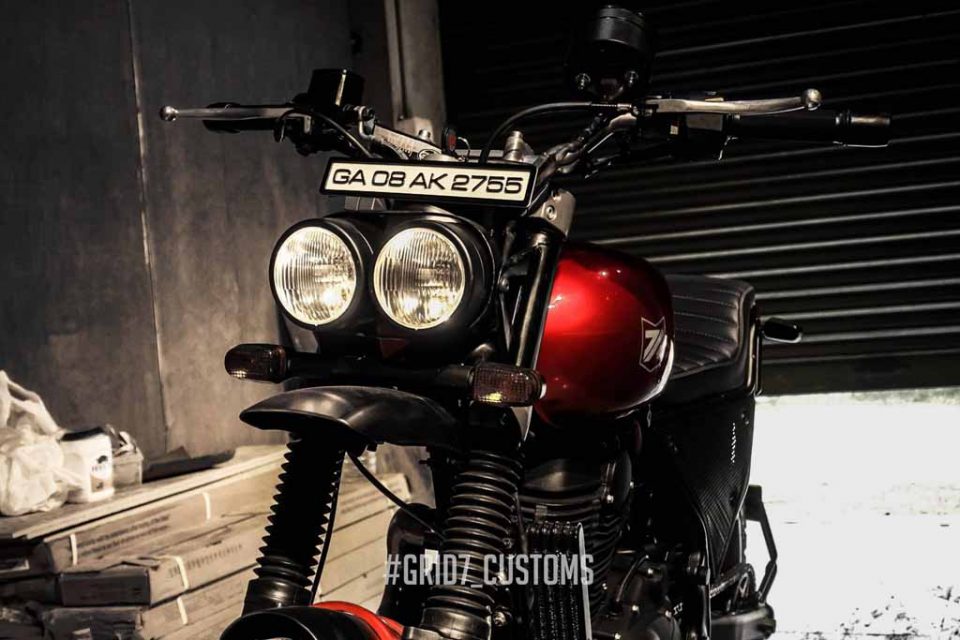 It sports a modified muscular fuel tank with sculpted look. The customisation shop has fitted replaced the stock model’s seat with a dark brown coloured single leather seat. Apart from that, the side body parts, rear mudguards also come updated and the motorcycle gets a custom-made performance oriented exhaust system in order to provide more power and torque than the stock model. 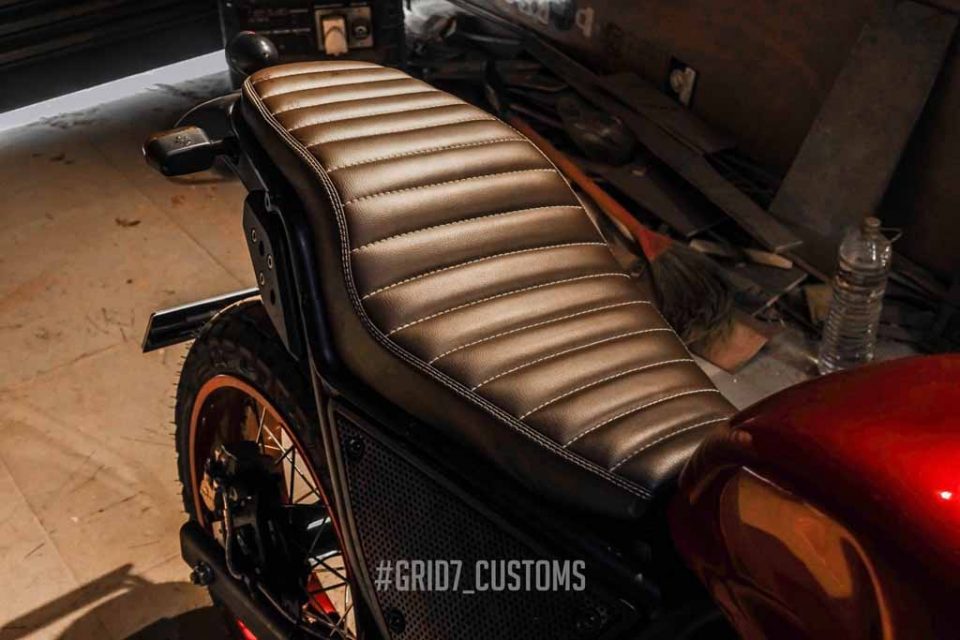 The stock model is powered by a 411 cc single-cylinder, air-cooled engine mated to a 5-speed transmission. This engine is capable of churning out 24.50 bhp of peak power at 6,500 rpm and 32 Nm of peak torque at 4,500 rpm. Braking duty is done by disc brakes at both front and rear wheel, while suspension duty is done by 41 mm telescopic front forks with 200 mm travel and monoshock absorber at rear. It comes priced at Rs. 160,148 (ex-showroom, New Delhi).