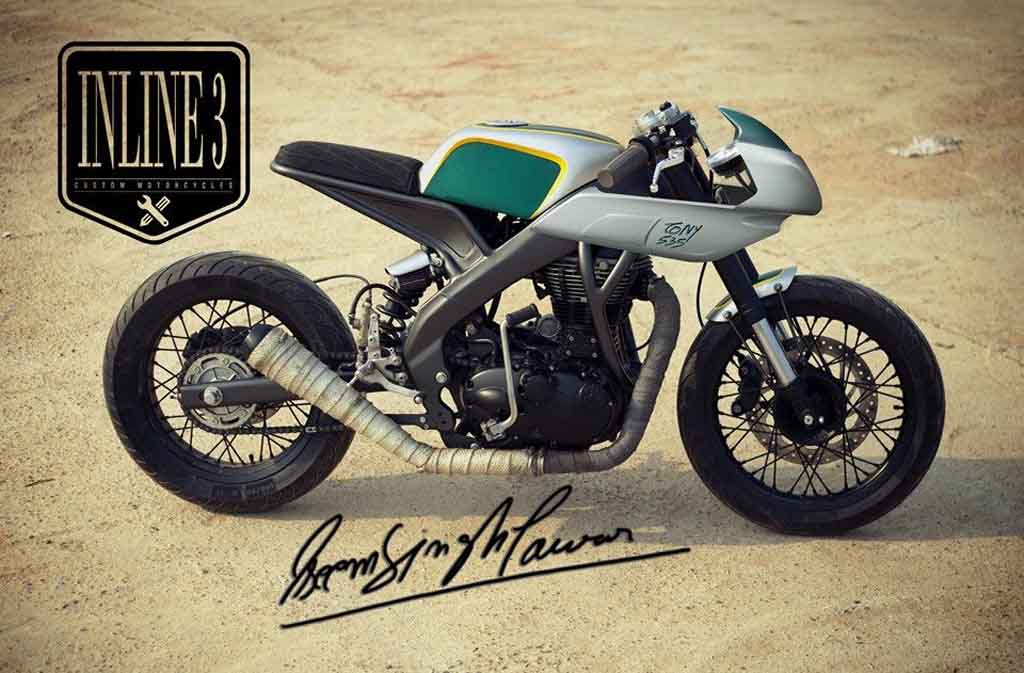 Tony 535 is a modified Royal Enfield Continental GT with unique look; uses frame from Yamaha R15 and suspension from KTM

More or less, the customised Royal Enfield motorcycles we have been talking about for last couple of days come with a look of bobber or chopper or even café racer too. But Delhi-based Inline3 Custom Motorcycles has shown courage to transform a Royal Enfield Continental GT into a completely new looking motorcycle and christened it as ‘Tony 535’.

The motorcycle uses various components from various manufacturers. It is built on a frame of modern-day Yamaha R15, while the fuel tank and engine are sourced from Royal Enfield’s flagship motorcycle Continental GT. The redesigned R15 frame certainly gives it an eye-catching and unique appearance. Instead of a conventional headlamp, it gets a round grey coloured metal plate with British Military Green circular paint at the centre highlighted by yellow ring. 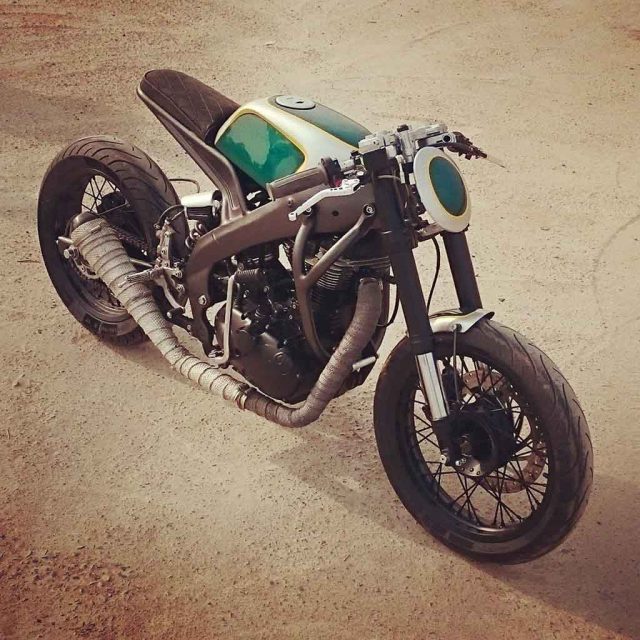 There is no conventional instrument cluster and the handlebar too appears as customised. It gets a front cowl that can be retracted and the instrument cluster is fitted to that only. The fuel tank is something which indicates that the motorcycle is based on the Royal Enfield Continental GT. The fuel tank gets British Military Green paint scheme with yellow highlighting.

It comes with a single seater layout and the seat is wrapped with velvet. The exhaust too comes customised. Overall, the modified motorcycle appears with a very naked and mean look. It uses WP suspension setup borrowed from KTM and the rear swingarm is sourced from Royal Enfield Thunderbird. 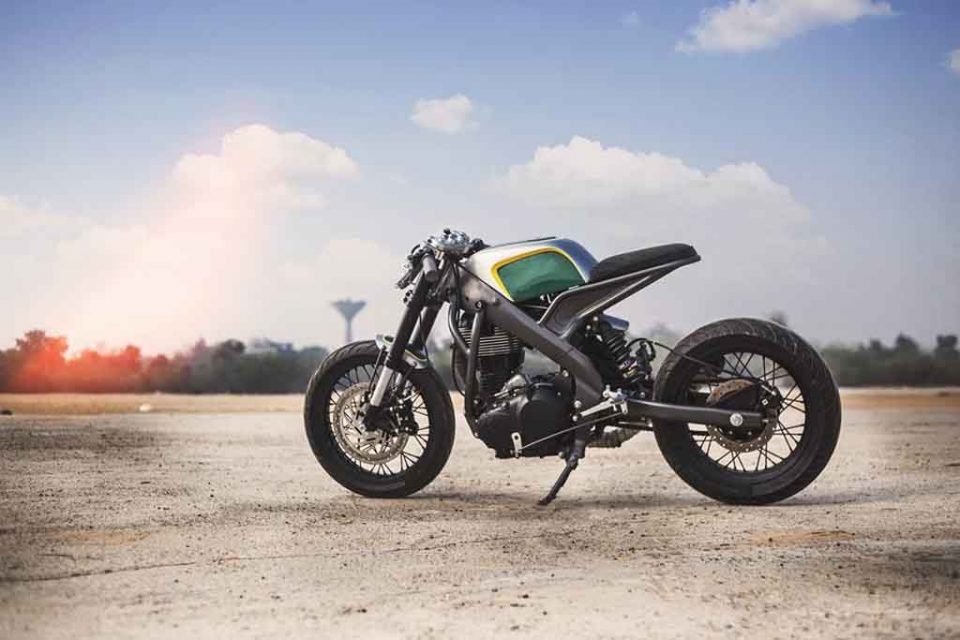 For braking duty, it uses disc brakes at both the front and rear wheel. Power source for the stock Royal Enfield Continental GT is 535 cc single-cylinder, air-cooled engine mated to a 5-speed gearbox. The engine is capable of churning out 29.10 bhp of peak power at 5,100 rpm and 44 Nm of peak torque at 4,000 rpm. The Delhi-based customisation shop has used the same engine, but it has been revamped heavily to produce 34 whp (Wheel Horsepower) with several components sourced from Hitchcock Motorcycles, UK.