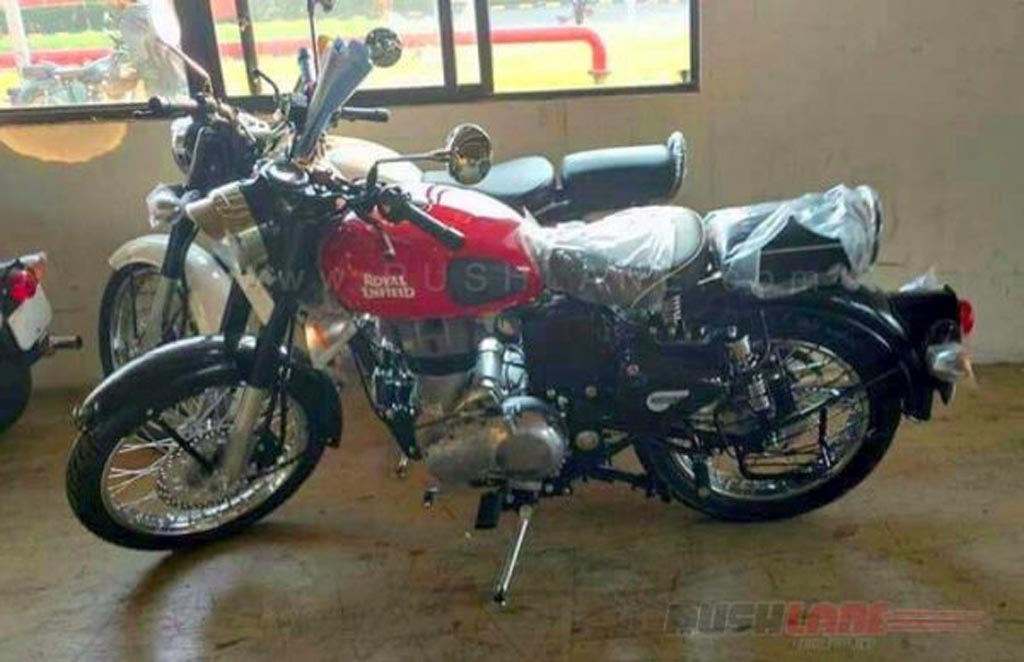 Royal Enfield is known for its range of powerful and retro looking motorcycles. The Classic 350 is certainly the bestselling model from the stable with huge customer base. Entered into the market in 2009, the Classic 350 played a huge role in saving the brand’s fortune. It has registered a steady increase in sales volume in every fiscal. Now the motorcycle gets three different colour options right ahead of 2017.

Since its introduction, the RE Classic 350 has been selling without any significant update. Now just before the New Year, the motorcycle manufacturer has decided to give it a more appealing look by introducing new colours like Red, Blue and Green. The Classic 350 with new paint options have been spied at a dealership already. Alongside its smaller sibling, the Classic 500 also could get new colour options. As it seems, no other cosmetic updates have been made except the colour add-ons. Also, no mechanical changes have been made as well. The motorcycle continues drawing power from a 346 cc single-cylinder, air-cooled engine that is capable to churn out 19.8 bhp of peak power at 5,250 rpm and 28 Nm of peak torque at 4,000 rpm. Transmission duty in the bike is done by a 5-speed manual gearbox.

While the Classic 350 is very popular among the motorcycle enthusiasts, its bigger sibling Classic 500 also grabs good attention. It comes offering 27.2 bhp of peak power at 5,250 rpm and 41.3 Nm of peak torque at 4,000 rpm.