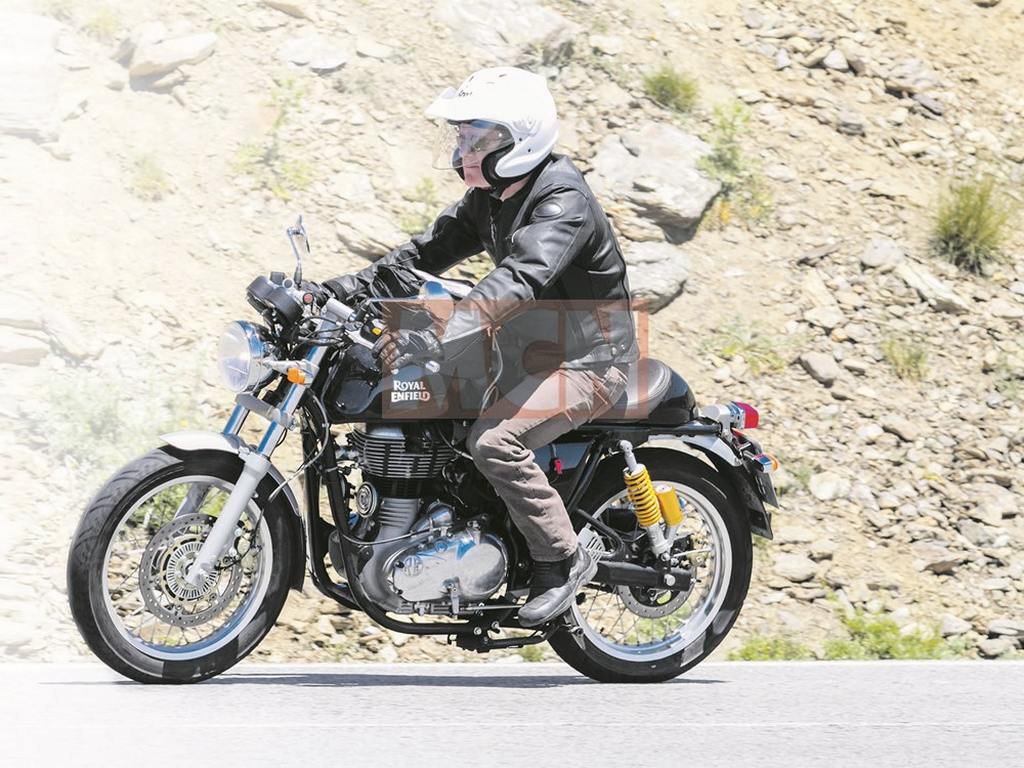 Continental GT is the flagship model launched in November 2013 by Royal Enfield. This bike is widely appreciated for its retro style and performance as well. The motorcycle takes power from a 535 cc single-cylinder, fuel-injected Euro-3 emission compliant engine.

Now the model needs to meet stricter Euro-IV emission norm across Europe and therefore it is being spotted testing with additional elements to comply with the stringent regs. Recently spied in Spain, it sported ABS rings hinting at a dual channel ABS system besides expected changes to the exhaust for increasing catalysing process which would result in slightly larger unit. Moreover, daytime running lights will further add to the safety and styling quotient. 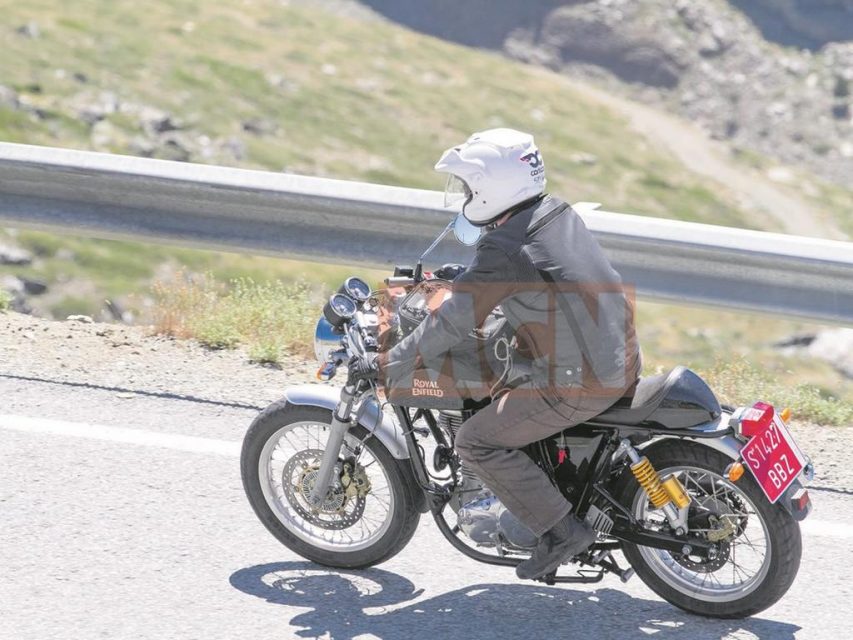 Apart from that, the design of the Royal Enfield Continental GT remains same. It gets the same retro look incorporating a round headlamp, twin-pod instrument cluster, chiseled large fuel tank, compact seat and a sleek taillight. The engine seems to be the same unit like the existing model. The 535 cc engine kicks out 29.1 bhp of peak power at 5,100 rpm and 44 Nm of peak torque at 4,000 rpm.

The Royal Enfield Continental GT is one of the most lightweight motorcycles from the company, weighing at 184 kg. Braking duty in this model is done by a 300 mm front disc brake and a 240 mm rear disc brake. For suspension duty, it is equipped with 41 mm telescopic front forks with 110 mm travel and Paioli gas-charged adjustable shock absorbers at rear. It runs on Pirelli Sport Demon tubeless tyres.

Royal Enfield is now testing a 750 cc version of the Continental GT, which will sit at the top of the brand’s lineup upon its likely launch in March next year. Once launched, it will take on the Harley Davidson Street 750. Expect the Continental GT 750 to be priced around Rs. 3 lakh (ex-showroom, New Delhi).